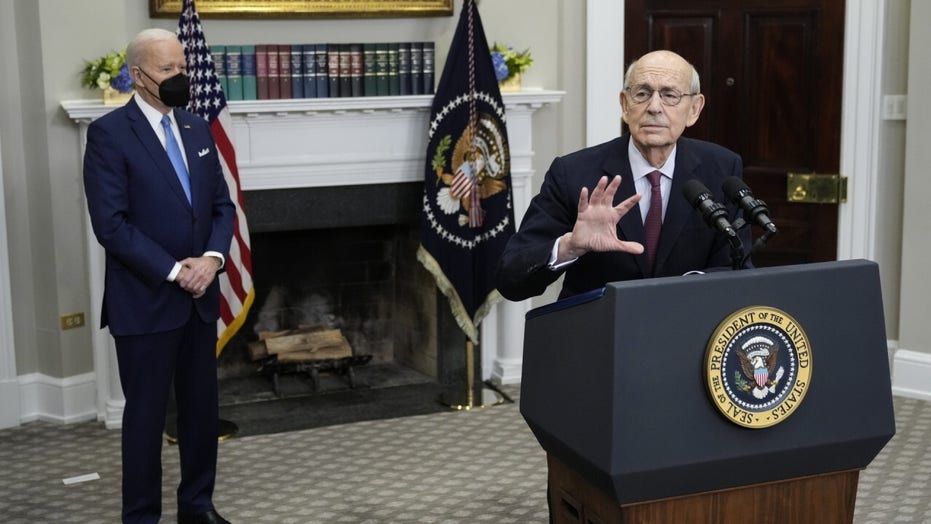 Sen. Dick Durbin, D-Ill., on Sunday defended President Biden for announcing last week that his nomination for the U.S. Supreme Court would be a Black woman.

After Justice Stephen Breyer announced his retirement, Biden last week promised to nominate a Black woman to the Supreme Court. Durbin, who will oversee the confirmation process as Chair of the Senate Judiciary Committee, declined to comment on which of Biden’s nominees he personally favored.

“I’m going to trust his judgment on this,” Durbin told ABC host George Stephanopoulos Sunday. “I don’t want to put the finger on the scale for any one of the nominees.”

“I think there is some extraordinary talent there. And going back to the point I made earlier, for these African women to have — African American women to have reached the level of success that they have reached, they are extraordinary people,” Durbin said during his appearance on ABC’s “This Week.” “They have been put to the test. They are the first in many instances of their race and gender to be in this position. So that extraordinary talent, I think, should be taken into consideration on a favorable side.

Critics have gone after Biden for only looking at a pool of Black female candidates before making his choice for the Supreme Court opening. Former South Carolina Gov. Nikki Haley said the move equated to a race and gender litmus test. While, Republican Sen. Roger Wicker, said it was a form of affirmative action.

“I’d remind them to take a look back at history and recall that it was Ronald Reagan who announced that he was going to appoint a woman to the Supreme Court, and he did, Sandra Day O’Connor, and it was Donald Trump who announced that he was going to replace Ruth Bader Ginsburg with a woman nominee as well,” Durbin said Sunday, coming to Biden’s defense. “So, this is not the first time that a president has signaled what they’re looking for in a nominee.”

“If they have achieved the level of success in the practice of law and jurisprudence, they’ve done it against great odds. They’re extraordinary people, usually the first of anything in the United States turns out to be extraordinary in their background. And the same is true there,” Durbin continued, referencing the Black women being considered for the nomination. “They’re all going to face the same close scrutiny. This is a lifetime appointment to the highest court in the land. And I just hope that those who are critical of the president’s selection aren’t doing it for personal reasons.”