(CNN Business)Nazis and white supremacists have been using TikTok to spread hate speech and recruit followers, the Anti-Defamation League said in a report Thursday.

Extremists have used hashtags, captions and in some cases even manipulated video to spread their message, the ADL said. It found “dozens” of accounts on TikTok that “use combinations of white supremacist symbols, terms and slogans as screen names or handles.”
While TikTok has been called “the last sunny corner of the Internet,” the ADL’s findings are a reminder that the short-form video app, like its rivals, is also grappling with hateful content. Facebook has been subject to an ongoing advertiser boycott over its handling of hate speech and misinformation, while services like Google-owned YouTube have sometimes struggled to follow through on their commitments.

The report also ramps up the public scrutiny of TikTok, which has come under fire from the Trump administration as a potential national security risk for its ties to China. In its report, the ADL said it had secured a commitment from TikTok to work together to identify and remove white supremacist content.
It is not clear how many TikTok users may have viewed that content; the ADL said its report is not intended as an exhaustive assessment.

TikTok confirmed the ADL partnership on Thursday, and said much of the content flagged by the ADL has already been removed. The company said it has removed hundreds of thousands of videos and more than 1,000 accounts this year for violating its hate speech policies. 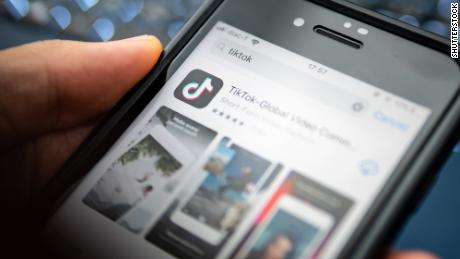 “For all the progress we’ve made improving our policies and protections, hate evolves and takes many forms which is why we’re grateful to work with organizations like the Anti-Defamation League to combat it,” the company said in a statement. “We appreciate when content and accounts are brought to our attention so that we can swiftly remove what violates our Community Guidelines and strengthen our safeguards. We welcome expert feedback and guidance as we strive to promote a safe and uplifting experience for our community.”
Groups promoting white supremacy on TikTok have sought to appropriate the #blacklivesmatter hashtag, the ADL said. They also have used hashtags including #alllivesmatter and #whitelivesmatter.

White supremacists on the platform also used other methods to obscure their behavior and evade detection, the ADL said, such as by employing coded language or sharing images of books, signs or web URLs for viewers to research on their own.
They have even resorted to deceptively edited videos that misrepresent the words of others, the ADL said. In one case, according to the ADL, a TikTok user added a voiceover to a video from the popular and controversial Swedish YouTuber PewDiePie to make it appear as though he was endorsing the views of Adolf Hitler.
Source: Read Full Article