One of the most difficult challenges facing regulators around the world is how to deal with the explosive growth and increasing power of the big tech companies. China has just shown how it will deal with them – if they grow too big or disruptive it will slam the brakes on.

China’s decision to impose regulations on its fintech sector, which pulled the rug from under what would have been the world’s largest initial public offering only days before Ant Group’s $US300 billion ($410 billion) or so IPO went live, is part of a larger imposition of regulations on its previously lightly-regulated, or unregulated, big tech companies. 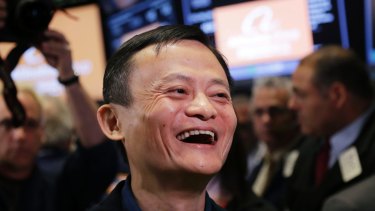 China derailed a planned $US34 billion raising by Jack Ma’s Ant Group that would have valued the fintech at more than $US300 billion.Credit:AP

In the US and elsewhere regulators are grappling with, and in some jurisdictions, acting to limit, the growth and market power of the mega-tech companies like Facebook, Amazon, Apple and Google.

In Australia this week the Australian Securities and Investments Commission this week raised concerns, but proposed no new regulations, about a "buy now, pay later" sector that is experiencing its own explosive growth.

The unease regulators and politicians have about the big tech companies range from their market power, to the vast amounts of sensitive consumer data they hold, to their impacts on democracies and societies to their destabilising of pre-existing orders.

In the US both Republicans and Democrats, albeit for different reasons, have been increasingly hostile to the mega-techs, threatening not just more regulation but anti-trust actions to break them up.

In China, the response has been to impose regulations on its tech companies that treat them more like traditional companies and institutions.

The dilemma for regulators and legislators is that the tech-based disrupters are driving innovation and consumer benefit in a tide of creative destruction of the established order that is forcing the incumbents to become more innovative and dynamic themselves. It’s a productive process.

The flip side of that, however, is that it is destabilising and destructive and is occurring on a landscape tilted heavily against the incumbents.

Nowhere is that more evident, or the stakes higher, than in fintech, where the traditional and heavily-regulated banking system is being progressively unbundled by new unregulated or, at best, very lightly regulated non-bank players. That’s been increasingly the case since the global financial crisis and the dramatic increase in the burden of regulation on traditional financial institutions.

In an economy as tightly controlled as China’s, of course, the antipathy to disruption – and the ability to act decisively – is somewhat greater than it is in most Western economies.

There has been explosive growth in the non-bank, or shadow-banking, sector since the GFC as new players without the capital and liquidity requirements of the regulated institutions and, with regulated access to their data, are eroding their traditional dominance.

The growth of the mega-techs is also raising a long-term question mark over the ability of the regulators’ to maintain the stability of financial systems and governments’ ability to protect consumers, protect their data, implement their own monetary policies and police money-laundering, cybercrime and tax evasion. There’s also the small matter if the tax they pay, or don’t pay.

So far the authorities have tended have a laissez-faire stance, seeing more benefit in the innovation and disruption than downside. That now, however, appears to be changing in line with the sheer scale and global market power the biggest of the tech groups have achieved.

Perhaps it isn’t surprising that China, given the authoritarian nature of its governance, has been among the first to react.

While the external focus of the suite of new regulations has been on its impact on Jack Ma’s Ant Group and its now-aborted IPO, they apply far more broadly and, rather than simply responding to the imminence of Ant’s IPO (or, as some have suggested, inflammatory comments by Ma in the lead-up to its launch) have been years in the making.

China has special concerns about fintechs and shadow banking more broadly. For at least the last four or five years it has been showing increasing angst about the growth in its non-bank financial sector, the rise, and rise, of the levels of leverage in its household and small business sector and the relationship between its banks and non-banks.

China’s banks have used off-balance sheet lending to shadow banking institutions to circumvent their own regulation.

Last month Ma, inadvertently perhaps, put the issue into stark relief when he described China’s banks as "pawn shops" because they required collateral and guarantees instead of using "big data" and were risk-averse. 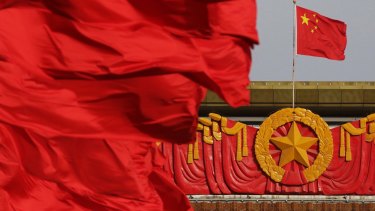 China has proven to be less accommodating to disruptors than some of its Western peers. Credit:Bloomberg

Ant Group, spun out of Ma’s Alibaba in 2014, has the biggest mobile payments app in China, offering credit and unsecured micro loans through Alipay. Between Ant and Tencent’s WeChat Pay, the two companies control about 80 per cent of China’s online payments. Ant has more than a billion users.

China, like regulators elsewhere, sees tech companies offering banking services and, unlike most other jurisdictions to date, has decided to regulate them like banks.

Ant’s model means that it originates loans but keeps only tiny fractions of them – about two per cent – on its own balance sheet. Its co-funders are banks and other institutions and securitised debt investors.

China now proposes that all online micro-lenders like Ant – and there hundreds of them in China – should provide at least 30 per cent of the funding themselves. It plans to cap the rise of individual loans and impose loan-to-income ratios. Lenders will need special permission to operate outside their provinces.

For Ant, and others with similar models, that probably means at least trebling the amount of capital it has to hold against each loan and therefore a dramatically lower return on its capital.

That’s a significant change to what had been a very capital-light model but one that echoes, to a lesser degree, the capital requirements and leverage restrictions that banks have to meet.

Alibaba has a cloud services business that is generating massive losses as it tries to establish market dominance. As the mega-tech companies diversify their offerings that kind of cross-subsidy from exceptionally profitable activities to loss-making businesses to drive out competitors and create new dominant positions isn’t uncommon.

Some of the proposed new rules would apply to Alibaba and Ant and the other big Chinese tech companies but they would be economy-wide and are not out of step with the discussions and debates occurring within market economies in the West.

In an economy as tightly controlled as China’s, of course, the antipathy to disruption – and the ability to act decisively – is somewhat greater than it is in most Western economies.

There will, however, be a tipping point in other major economies where the discussions shift more heavily from emphasising competition and innovation to the of disruption and dominance if unregulated mega-techs are allowed to grow unchecked. That moment is looming.