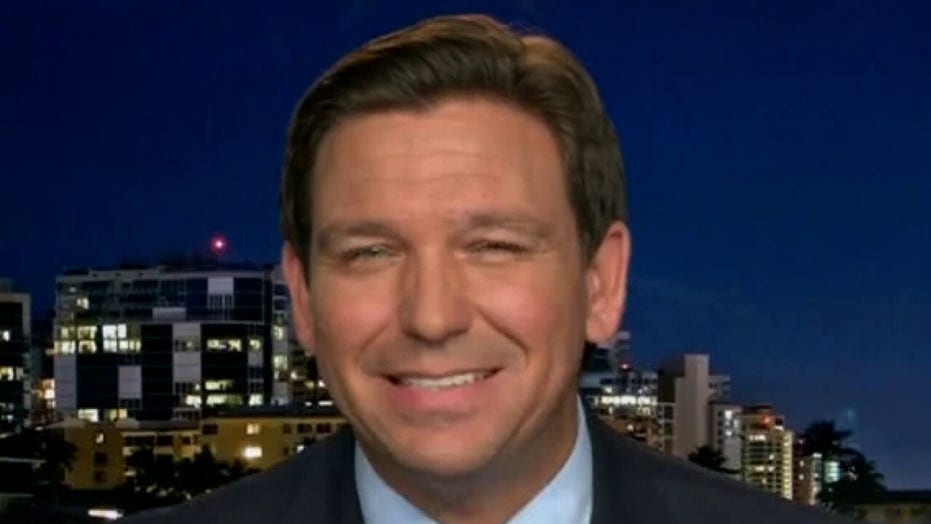 DeSantis responds to outrage over his ask for kids to unmask

Florida Gov. Ron DeSantis responded to critics Thursday after he asked a group of Tampa students to take their masks off for a photo-op where most of the adults in the room already remained bare-faced.

“Who raised him?” Scarborough asked.

In this April 3, 2009 file photo originally released by NBC, Joe Scarborough discusses the future of the Republican Party. (AP)

DeSantis, a Republican, told “Tucker Carlson Tonight” that mask mandates create a “two-tiered society,” especially in the workplace, where he noted restaurant workers are often required to cover their faces while their patrons are permitted to breathe freely.

He rejected criticism from Scarborough and others, saying Florida is a “free state” and there is no medical or scientific reason for children to mask-up — adding that the fact they were largely the only ones wearing masks insinuated that someone in authority told them to do so.

“I think it needs to be said because people have been lied to for two years,” he said.

“They talk about, ‘Oh, by letting someone have a choice to take off their mask and welcoming that choice’ — that that’s somehow bullying. Bullying is locking kids out of school, which they did. Bullying is forcing kids to wear masks for eight hours a day, which they did for two years, and are only stopping now because the politics changed.”

“I say every time we go, if we’re at a big event and the servers are wearing it, they should be liberated from those masks. It is political theater. They’re doing it for the appearance. They’re not doing it because it’s having any meaningful medical impact.”

Host Tucker Carlson added that President Biden and House Speaker Nancy Pelosi, D-Calif., appear to be onboard with DeSantis’s view because they were not wearing masks during the State of the Union.