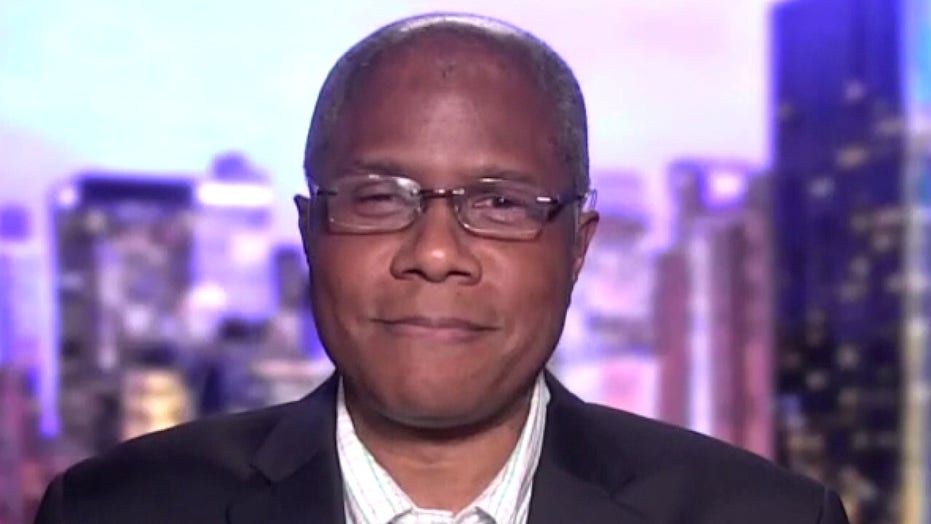 Fox News contributor Deroy Murdock told "The Story" Tuesday that he was "horrified and disgusted" by Colin Kaepernick's tweet denouncing the Fourth of July over the weekend.

"I was just horrified and disgusted that he would take this opportunity where we’re all trying to unify the country, trying to come together if at all possible," Murdock told host Trace Gallagher.

KAEPERNICK DENOUNCES 4TH OF JULY AS ‘CELEBRATION OF WHITE SUPREMACY’

The former San Francisco 49ers quarterback described the nation's 244th birthday as a “celebration of white supremacy" in a Twitter message on Saturday.

Along with a video showing images of the Ku Klux Klan, police brutality, slavery and lynchings, Kaepernick wrote: “Black ppl have been dehumanized, brutalized, criminalized + terrorized by America for centuries, & are expected to join your commemoration of ‘independence’, while you enslaved our ancestors. We reject your celebration of white supremacy & look forward to liberation for all.”

"Everybody can enjoy the Fourth of July as long as you’re an American and you love this country," Murdock explained. "You don’t have to belong to any particular race or sex … and he just spills this hot acid across the whole nation and creates another opportunity for us to engage in a screaming match."

Kaepernick has not played in the NFL since the 2016 season. Interest in the quarterback has reportedly risen in the wake of athletes protesting during the national anthem by taking a knee.

Murdock called Kaepernick "a racial arsonist of the lowest order," and offered to raise money for a one-way ticket out of the country.

"If he doesn’t like America and he’s miserable, hop on a plane and go to Ghana," Murdock said.

"He's got the money and the background perhaps to do that. If things are so miserable for him here, he's more than welcome to leave.

"Personally," he added, "I would be happy to raise the money …"