Kaylee McGhee White of the Washington Examiner weighs in on the House passing Biden’s spending bill and whether or not most Americans support it.

House Democrats on Friday celebrated the passage of a sweeping $1.75 trillion tax and spending plan that makes up the bulk of President Biden's economic agenda, billing the measure as "transformational," even as it faces an uphill battle – and looming changes – in the Senate.

The bill is "monumental, it's historic, it's transformative, it's bigger than anything we've ever done," House Speaker Nancy Pelosi said during a press conference shortly after the bill's passage, 220 to 213, on Friday morning. She was accompanied by six fellow House Democrats, including Rep. Richard Neal, chair of the tax-writing Ways and Means Committee.

But the legislation still has a difficult road ahead in the 50-50 Senate, where Democratic leaders must ensure that every member of the caucus votes in lockstep. 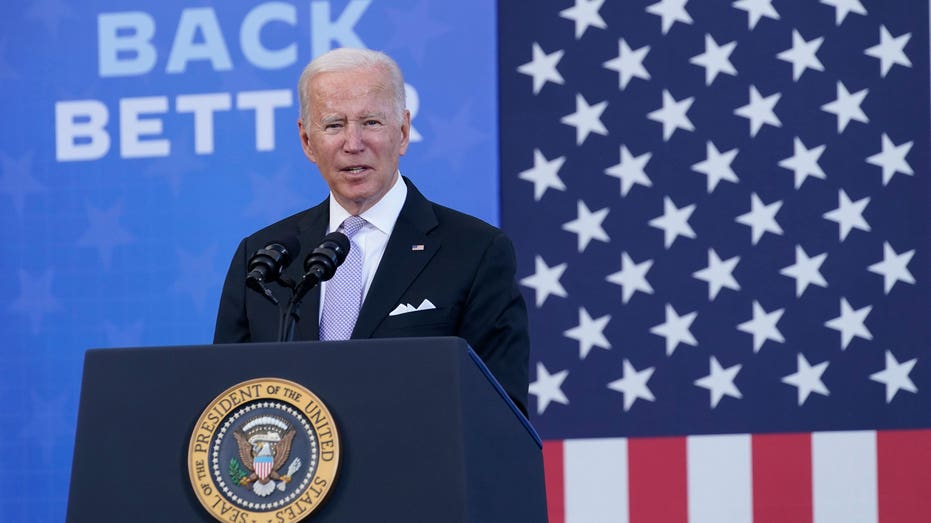 The specifics of the bill are almost guaranteed to change in the upper chamber, where two Democratic centrists – Joe Manchin of West Virginia and Kyrsten Sinema of Arizona – have not explicitly endorsed it. With the narrowest possible majority, it would be possible for one lawmaker to sink the spending bill.

The bill must also comply with a review by the Senate parliamentarian, a non-partisan referee who will determine whether it adheres to the complicated rules of budget reconciliation, the tactic that Democrats are using to pass the bill with a simple majority.

Pelosi downplayed concerns about changes in the Senate, insisting the "biggest challenge was to meet the vision of President Biden."

"We had so much agreement within the bill," she said. "And then whatever comes out in the Senate, we'll be working together with them so that we have agreement when it comes back to us." The California Democrat had previously insisted that she would not bring the reconciliation package to the House floor for a vote until it was clear it could also pass in the Senate. 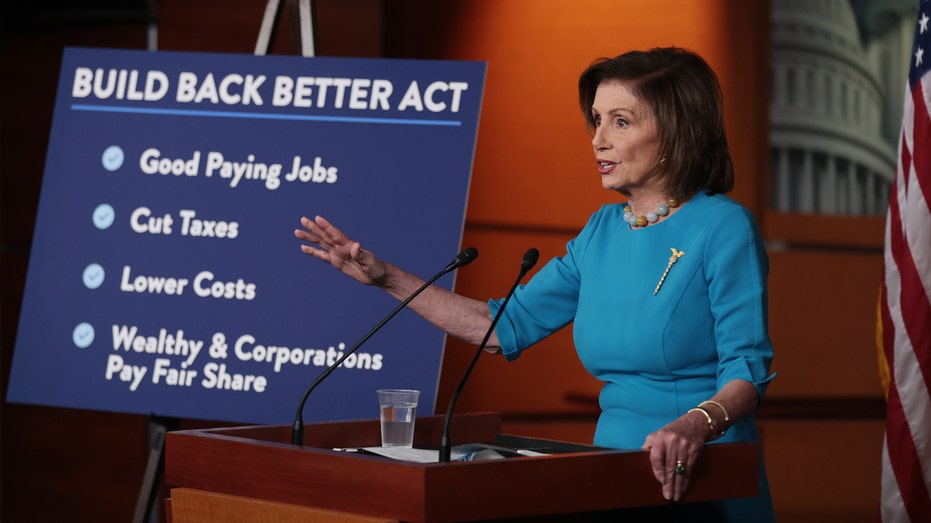 Speaker of the House Nancy Pelosi, D-Calif., talks to reporters during her weekly news conference in the U.S. Capitol Visitors Center on November 18, 2021 in Washington, D.C.  (Photo by Chip Somodevilla/Getty Images / Getty Images)

Senate Majority Leader Chuck Schumer has said he wants to pass the bill – known as the Build Back Better Act – by Christmas. But he will need to get all 50 members of his caucus across the political spectrum to back the same sweeping plan, a feat that seems increasingly challenging.

Manchin has sounded the alarm about rising inflation (the government reported last week that prices have risen 6.2% over the past year, a 31-year high), while Sen. Bernie Sanders, I-Vt., has questioned House Democrats' repeal of a Trump-era limit on the state and local tax deduction, a policy that predominantly benefits wealthy Americans in coastal states.

"As soon as the necessary technical and procedural work with the Senate Parliamentarian has been completed, the Senate will take up this legislation," Schumer said.

The House bill imagines spending $1.75 trillion over the next decade on child-care subsidies, a one-year extension of the boosted child tax credit, universal pre-kindergarten, expanded Medicaid, a five-year repeal of the $10,000 SALT deduction cap and programs designed to combat climate change. It would be funded largely by higher taxes on wealthy Americans and corporations.