Sen. Amy Klobuchar, D-Minn., recently introduced legislation to stop political campaigns from making online donations recurring by default, a practice that both the Trump campaign and Democratic groups have taken heat over.

However, Klobuchar and Sen. Cory Booker, D-N.J., a cosponsor of the legislation, both sent fundraising emails for Democratic groups that linked to pre-checked recurring donation boxes as recently as last year. Klobuchar sent an email fundraising for the DCCC shortly after she dropped out of the presidential race in March 2020, and Booker sent a fundraising email for the DSCC in support of Sen. Raphael Warnock, D-Ga., late last year ahead of Georgia’s Senate runoff election.

“As we work to reform our campaign finance system, we must ensure that people are empowered to make their voices heard – but that will only happen if Americans trust that campaigns aren’t taking advantage of them through tactics like pre-checked recurring donation boxes … it’s clear we should take action to ban this practice and ensure contributors are fully informed,” Klobuchar said in a statement. 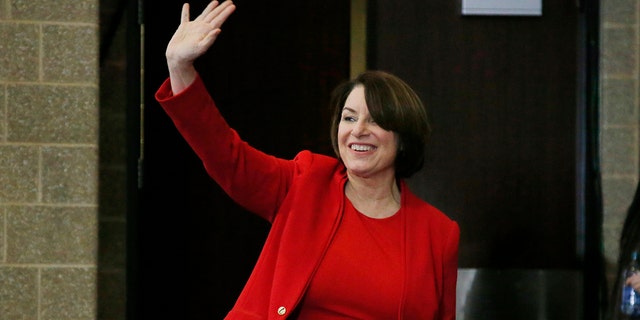 “Recurring pledges are like gold,” ActBlue stated in a 2014 blog post announcing the option of “infinite recurring” donations that have no expiration date (ActBlue previously limited recurring donations to a two-year timespan).

Fox News’ inquiries to Klobuchar’s and Booker’s offices were not returned at the time of publication.