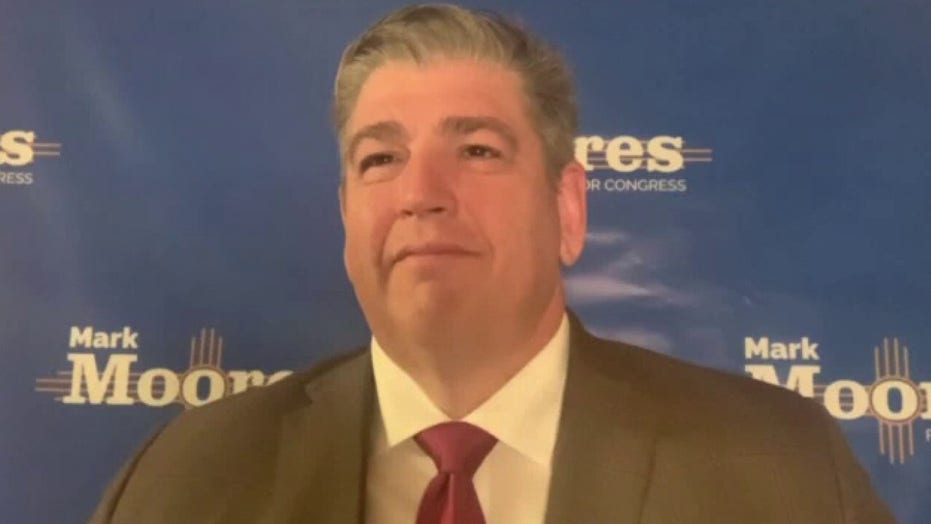 Second gentleman Doug Emhoff is in New Mexico on Thursday to campaign for the Democrats’ candidate in next Tuesday’s special election for a vacant House seat.

After suffering a electoral setback at the beginning of the month in a congressional special election in Texas and defending a razor-thin majority in the House of Representatives, Democrats are taking no chances this time around in neighboring New Mexico in the showdown for a safe seat the party has held for a dozen years.

“They take nothing for granted in this race because the consequences of failure would be far too great,” a longtime Democratic strategist and veteran of House races told Fox News.

“It looks to me like Democrats are trying to make sure they’re victorious without diverting real resources from competitive races down the road,” noted the strategist, who asked to remain anonymous to speak more freely. “They’re doing everything they can and everything they need to short of putting real money into winning this race.”

Early voting’s been underway for nearly two weeks in next Tuesday’s special election in the state’s 1st Congressional District to succeed Deb Haaland, who stepped down from her congressional seat after she was confirmed as Interior secretary in President Biden’s Cabinet.

The district, in the central part of the New Mexico, includes roughly three-quarters of Albuquerque, the state’s largest city. It’s a solidly blue seat – Haaland won reelection last year by 16 points and Biden carried the district by 23 points over then-President Donald Trump.

Emhoff, making his first campaign appearance since last year’s presidential election, will team up with Stansbury at a get-out-the-vote kickoff in Albuquerque. The visit comes as Harris has faced criticism from Republicans for not yet visiting a border state despite her role examining the root causes of the migrant crisis.

While local observers say Stansbury enjoys a substantial advantage over the Republican candidate, state Sen. Mark Moores, when it comes to early voter turnout so far, Democrats are staying aggressive – outraising and outspending the GOP – rather than coasting to what will likely be a victory next week.

Part of that aggressiveness included an endorsement from Biden.

“As a scientist and state legislator that works on land, water and community issues, Melanie Stansbury has fought for Albuquerque her entire career,” the president wrote in a Tuesday statement. “I am proud to endorse Melanie for Congress because I know she has the grit and determination to deliver real results for all New Mexicans.”

Responding to the endorsement, Stansbury, who’s running on her record as a state representative on the coronavirus pandemic recovery fostered by Biden, highlighted her pledge to work with the president and his administration.

“I am running for Congress to work with his administration to invest in the future of New Mexico and center the needs of our people – bringing in jobs, building our infrastructure, and protecting our water and land,” she tweeted.

Stansbury has dramatically outraised Moores and she’s outspent him by a two-to-one margin to run ads. And while the DCCC has infused a modest amount of resources in the race, the rival National Republican Congressional Committee (NRCC) and pro-GOP outside groups have stayed on the sidelines.

“This is an uphill battle for Republicans,” a Republican strategist familiar with congressional races told Fox News.

But the strategist, who asked to remain anonymous to speak more freely, suggested that the Democrats are running scared, saying “the reality is Democrats are terrified of making an unforced error and doing everything they can to ensure they win what should be a safe Democrat seat.”

One reason for the Democrats’ full-court press is that the party can ill afford to lose another seat due to their incredibly fragile and razor-thin majority in the House, which is their smallest since World War II.

Another reason – Democrats had high hopes in the May 1 special election in a northern Texas district that’s long been held by Republicans but has become increasingly competitive in recent years. Nearly two dozen candidates were on the ballot and Democrats expected to make the runoff in the race to succeed the late Rep. Ron Wright, who died of COVID-19 complications in February. But the party was shut out, with the top Democrat coming in third.

Moores and the Republicans appear to be trying to make the race about crime in Albuquerque, which like many cities has witnessed a breakout in violent crime.

Democrats argue that the GOP attacks won’t stick and continue to push their positive theme.

While national Republicans have not engaged in the race, former South Carolina Gov. Nikki Haley, who served as ambassador to the United Nations during the Trump administration, endorsed Moores, saying “he’ll fight for policies that ensure New Mexico’s safety and prosperity.”

With Tuesday’s election falling directly after Memorial Day, Joe Monahan, a veteran nonpartisan New Mexico political analyst and reporter, predicted that “most of the vote will be cast during the early voting period, which the Democrats are dominating.”

But with two other candidates in the race – a Libertarian and an independent – he said there’s a slight chance for an upset “based on very low turnout or some kind of freak incident.”