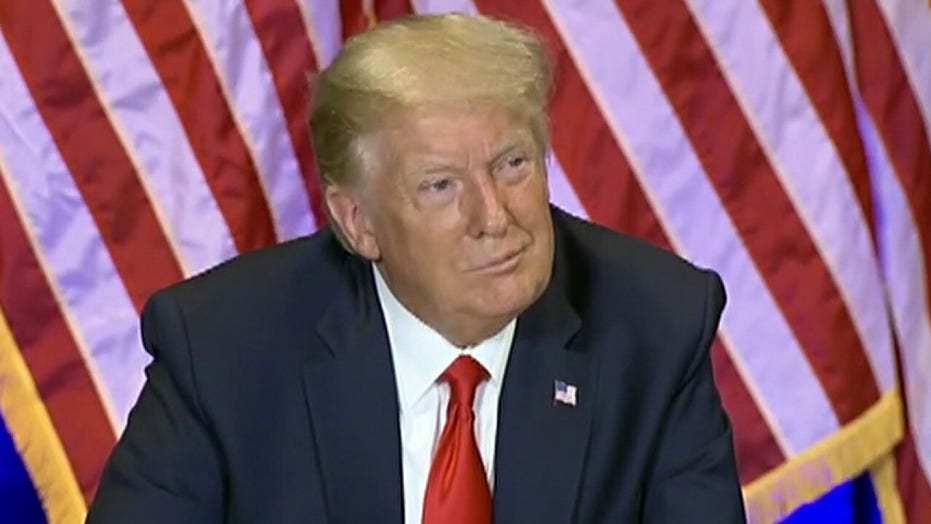 If you think liberals were upset when Donald Trump defeated Hillary Clinton in 2016, just wait until you see what happens if he also beats Joe Biden, according to The Atlantic.

The progressive publication warned readers on Sunday that Democrats might not be able to concede if President Trump wins reelection, “especially” if he loses the popular vote but gets to remain in the White House. Atlantic contributing writer Shadi Hamid wrote that he doesn’t believe “Trump is a fascist or a dictator in the making” and doesn’t consider America a “failed state,” but he does have one significant concern.

“I find myself truly worried about only one scenario: that Trump will win reelection and Democrats and others on the left will be unwilling, even unable, to accept the result,” Hamid wrote before warning that liberals could take to the streets if Trump wins.

“A loss by Joe Biden under these circumstances is the worst case not because Trump will destroy America (he can’t), but because it is the outcome most likely to undermine faith in democracy, resulting in more of the social unrest and street battles that cities including Portland, Oregon, and Seattle have seen in recent months,” Hamid added.

"Strictly law-and-order Republicans who have responded in dismay to scenes of rioting and looting have an interest in Biden winning."

Many American cities have been overwhelmed with sometimes violent demonstrations since the Memorial Day death of George Floyd in police custody. Now, The Atlantic’s contributing writer says Republicans should root for a Biden victory to avoid more chaos.

“For this reason, strictly law-and-order Republicans who have responded in dismay to scenes of rioting and looting have an interest in Biden winning—even if they could never bring themselves to vote for him,” Hamid wrote.

“If you don’t let us Democrats win our rioters will burn down cities,” Wolking added.

Hamid then wrote that if Democrats can’t defeat Trump “during a devastating pandemic and a massive economic contraction” the party simply might not be able to compete with the GOP any longer.

“Democracy, after all, is supposed to self-correct after mistakes, particularly mistakes as egregious as electing Donald Trump — whose unfitness for the nation’s highest office makes itself apparent with almost every passing day,” he wrote.

Hamid noted that liberals “had enough trouble accepting the results of the 2016 election” and that many never really came to terms with it. He feels that the backlash will be much more significant if Trump wins again.

“How could so many of their fellow Americans side with a racist and a fabulist, someone so callous and seemingly without empathy? It was easier to think that those Americans had been lackeys, manipulated and deceived, or that they simply hadn’t understood what was best for them. Moreover, the Russians had interfered, and tipped the balance in an extremely close election through propaganda, fake news, and collusion with the Trump campaign,” he wrote. “That was then. This time, it would be worse.”

The liberal writer claimed that “a Trump victory will be even harder for the left to absorb” than his 2016 upset because Biden’s polls numbers have been higher than Clinton’s were at this time.

“No matter how the polls shift, a Trump win means a squandered lead and shattered expectations,” he wrote. “If Trump manages to win, recent polling data indicate, he will likely do so despite losing the popular vote. That will fuel disillusion not just with the election outcome but with the electoral system.”

Hamid concluded his column by writing, “For democracy to work, the losers of elections need to believe that they can win the next time around. Otherwise their incentives to play the spoiler increase. A breakdown of democracy is always a possibility, but the country is more resilient than it may seem, and consolidated democracies seldom break down in any circumstance. That said, this is one of those propositions that is better left untested.”