A group with Democratic ties is spending hundreds of thousands of dollars boosting anti-immigrant crusader Kris Kobach in the race for the Republican Senate nomination in Kansas, the latest example of one political party trying to fool the other party’s voters into backing a perceived weaker candidate.

Sunflower State, a super political action committee that formed earlier this week, is ladling out $850,000 on TV ads in Kansas. The group, which uses a Democratic media firm and a bank owned by a labor union, won’t have to reveal its donors until after the Aug. 4 primary. 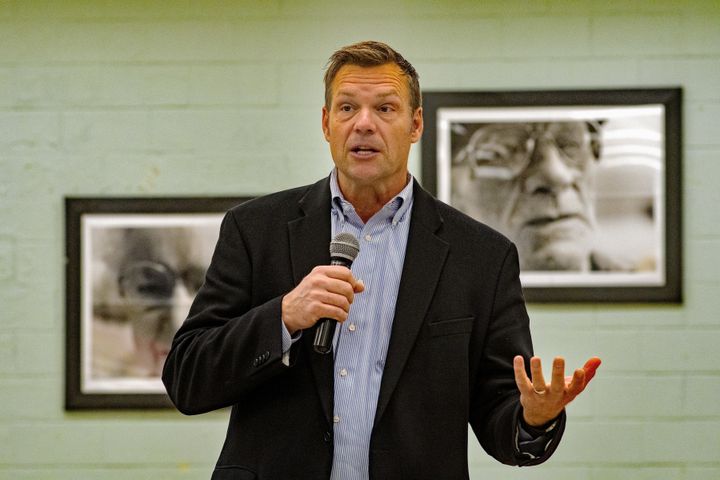 The group’s first ad appears designed to subtly help Kobach in his three-way race against Rep. Roger Marshall and plumbing company owner Bob Hamilton. It starts by ostensibly attacking Kobach as “too conservative,” and says he “won’t compromise on building the wall (President Donald Trump’s pet project on the U.S. southern border) or getting tough on China” ― positions that most GOP voters would hardly find objectionable.

It then quickly pivots to attacking Marshall as a “phony” and “fake, fake, fake.”

“He’s been soft on Trump and weak on immigration,” a male narrator says. “Marshall’s been both for and against the wall. He went easy on China, but now talks tough.”

The ad is the latest example of Democrats and Republicans meddling in the other party’s candidate selection. This year, Republicans have tried to influence the Democratic nomination processes in North Carolina and Texas. Democrats did the same in West Virginia in 2018. In some cases, the interfering parties have successfully hidden clear evidence of their involvement until after the votes are cast in a primary or in a general election.

In each case, the opposite party has pushed candidates it has viewed as the easier to beat in the general election. In Kansas, both Democrats and Republicans believe a Kobach nomination would put the GOP at risk of losing the seat. Sen. Pat Roberts, who is retiring, has held it for the GOP since 1997; the last time a Democrat occupied it was more than a 100 years ago.

Michael Plante, who helped run Duty and Country, a super PAC that successfully blocked then-Rep. Evan Jenkins from the GOP Senate nomination in West Virginia in 2018, said both parties have started interfering in primaries more often because it’s a relatively low-risk tactic. Even if the perceived weaker candidate doesn’t prevail, the ads can still spin a damaging message about the candidate who wins.

“You can hurt the most electable candidate in the general,” said Plante, a Democratic operative based in West Virginia. “Voters do deserve to know where those candidates stand, and the earlier you can begin defining them, the easier it will be to defeat them in November.”

The National Republican Senatorial Committee, which focuses on electing GOP Senate candidates, predicted the tactic would fail in Kansas.

Jesse Hunt, an NRSC spokesman, said that Senate Minority Leader Chuck Schumer (D-N.Y.) and his allies “have spent millions bailing out their candidates in Democratic primaries and now Schumer has zeroed in on his preferred candidate in the Kansas GOP primary. Kansas primary voters can see right through the New York liberal’s desperate attempt to prop up a losing candidate.”

As their candidate for the open Kansas seat, Democrats have rallied behind state Sen. Barbara Bollier, a former Republican. Although Kansas almost always has been deeply Republican since it became a state in the mid-1800s ― Jayhawk voters back Trump by more than 20 percentage points in 2016 ― it has become more open to Democrats as college-educated white voters have soured on the president.

The clearest sign of that openness came in 2018, when Democrat Laura Kelley defeated Kobach by five percentage points for Kansas’ governorship and Democrat Sharice Davids won one of the state’s four House seats that had all been held by the GOP.

In the governor’s race, Kobach had secured the GOP nomination over incumbent Jeff Coyler with the help of an endorsement from Trump, who shares the hard-line, anti-immigrant politics that made Kobach a national conservative star when he was Kansas’ Secretary of State.

Trump’s ardor for Kobach has cooled. The New York Times reported earlier this month that he persuaded an outside conservative group to stop running ads attacking Marshall. But Republicans suggested Trump was unwilling to anger prominent conservative media voices, including Fox Business’ Lou Dobbs, by speaking out against a Kobach nomination.

Some Republicans have expressed the hope that the Democratic ad would prompt Trump to get behind Marshall.

Hamilton, the third candidate in the GOP race who pitches himself as “Bob The Plumber” and as an outsider businessman in Trump’s mold, is not featured in the ad. He’s poured $3.5 million of his own money into his campaign, far more than Kobach or Marshall have spent so far. 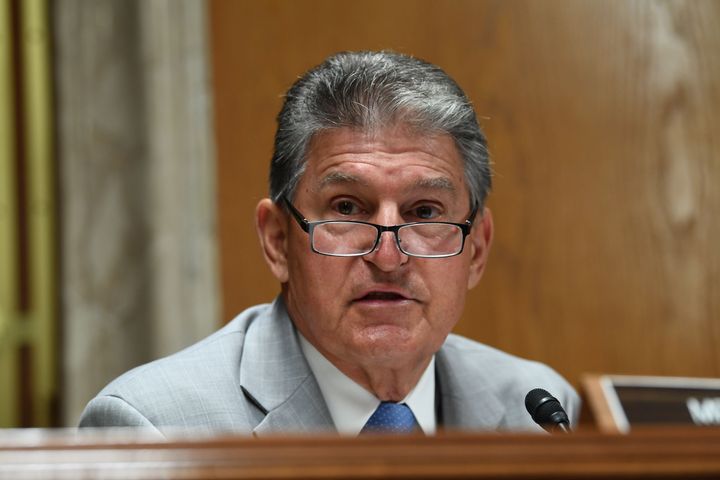 Republicans have been alarmed by Bollier’s strong fundraising ― she banked $3.6 million in the second quarter of 2019 ― but remain confident a candidate other than Kobach could triumph. Marshall holds mostly standard-issue GOP positions and was backed by the Chamber of Commerce in 2016 when he ousted arch-conservative Rep. Tim Huelskamp in that year’s Republican primary.

In 2012, then-Missouri Sen. Claire McCaskill aired ads during the state’s GOP primary attacking the Republican her camp preferred as her opponent, Rep. Todd Akin, as “too conservative.” That helped Akin win the nomination, and McCaskill then beat him even as that years’ GOP presidential nominee, Mitt Romney, romped in the state.

And in 2018, the Democratic effort to block Jenkins from securing the GOP Senate nomination in West Virginia helped pave the way for the Democratic incumbent, Joe Manchin, to win reelection in a state Trump had carried two years earlier by more than 40 percentage points.

After the 2018 election, FEC records revealed Duty and Country was funded mostly by donors with ties to Schumer.