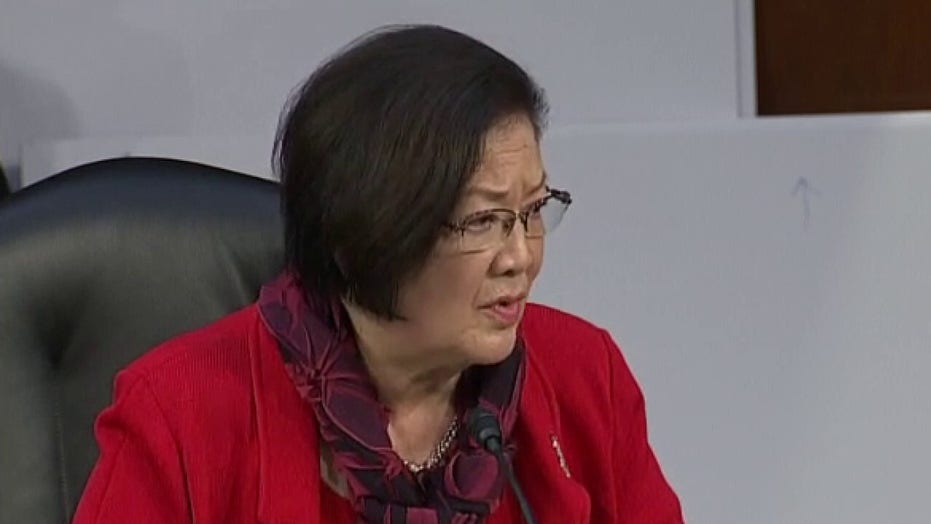 Sen. Mazie Hirono, D-Hawaii, asked a question pertaining to an issue that came up quite a bit during Justice Brett Kavanaugh’s confirmation hearing but had yet to come up during Judge Amy Coney Barrett’s hearing: whether the Supreme Court nominee had ever sexually assaulted someone.

Citing a statement from Chief Justice John Roberts in 2017 in which he acknowledged that the judiciary “is not immune” from the problem of sexual misconduct, Hirono said it is her duty “to ensure the fitness of nominees” for positions that have lifetime appointments.

“Since you became a legal adult, have you ever made unwanted requests for sexual favors, or committed any physical or verbal harassment or assault of a sexual nature?” Hirono asked.

“Have you ever faced discipline or entered into a settlement related to this kind of conduct?” Hirono then asked.

Hirono noted that she asks those two questions of all nominees who come before committees on which she sits.

Kavanaugh’s 2018 confirmation process was marked by an allegation from Dr. Christine Blasey Ford that he had attempted to sexually assault her at a party while he was a teenager. Other allegations of misconduct then followed. Kavanaugh vehemently denied any wrongdoing, and was narrowly confirmed with a vote of 50 to 48.