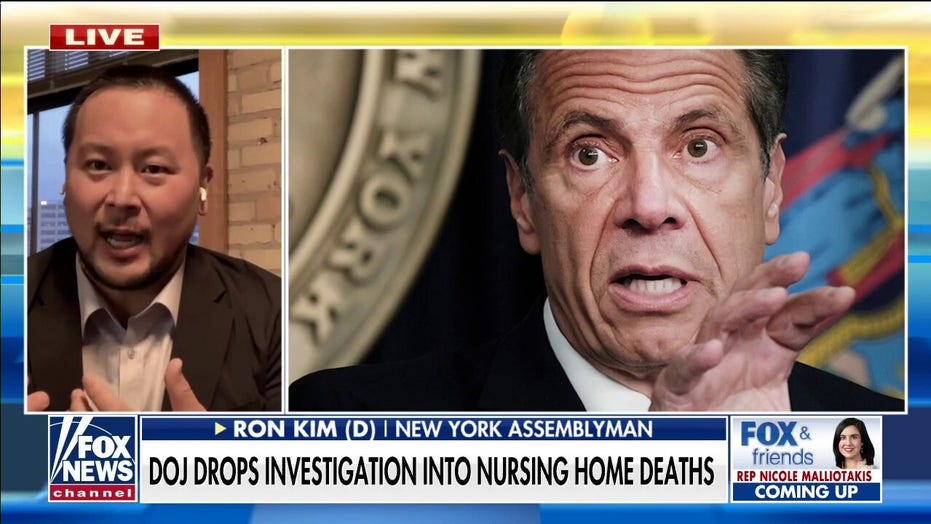 Ron Kim says that despite the DOJ’s announcement Gov. Cuomo still faces a litany of other investigations and accusations

New York Assemblyman Ron Kim joined Janice Dean on “Fox & Friends” Tuesday to discuss the Department of Justice’s Civil Rights Division announcement that they had dropped the probe into Governor Andrew Cuomo’s role in a mandate that allowed COVID-positive patients back into nursing homes. Kim, whose uncle died in a New York nursing home, called Cuomo a “dangerous” man and emphasized that other investigations are ongoing.

JANICE DEAN SLAMS CUOMO FOR SKIRTING DOJ INVESTIGATION: HE ‘BLAMES EVERYONE’ BUT HIMSELF

RON KIM: DOJ closed the original investigation—that’s what it seems like—into the publicly run facilities. which is a very small portion of the entire nursing home industry. So, the civil investigation is still open for the entire nursing homes and the criminal investigation more importantly is still ongoing. For the governor to go take the media national stage and take a victory lap and play the victim while thousands of families like Janice Dean’s and mine are still seeking the truth—that is what’s cruel.

He will do whatever he has to say and do to save his own behind. He’s a dangerous man that’s drowning.