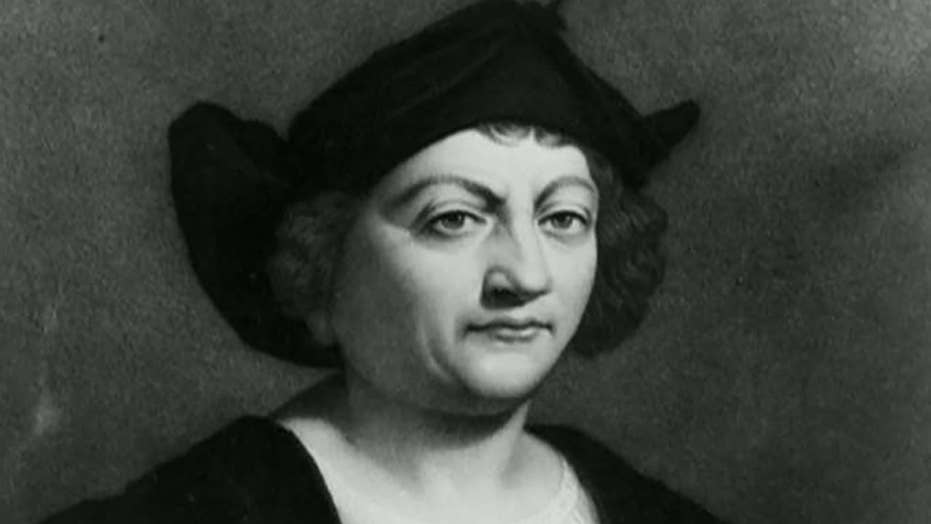 Rep. Nydia Velázquez, D-N.Y., slammed Christopher Columbus as a “genocidal maniac” on his holiday Monday as progressives continue their push for the federal holiday to be officially replaced with Indigenous Peoples Day.

“Today should just be #IndigenousPeopleDay,” Velázquez tweeted. “And yet this day is still shared with a genocidal maniac.

“We need to take this time to reflect on the brutal history of violence against Indigenous peoples in America and recognize that there is still a lot of work to repair this harm.”

Rep. Hakeem Jeffries, D-N.Y., similarly tweeted: “Millions of indigenous people lost their lives during the genocide committed against them in the Americas. Today we pause in solemn recognition of this human tragedy. And recommit to uplift the original occupants of this land.”

“On #IndigenousPeoplesDay,” Sen. Tammy Duckworth, D-Ill., tweeted, “I hope folks use this time to reflect and learn from our history. Indigenous people were here long before America’s ‘discovery,’ and they are essential to our future.”

Several states across the country have banned Columbus Day and renamed Oct. 11 Indigenous Peoples Day. President Biden issued the first-ever presidential proclamation of Indigenous Peoples’ Day on Friday, and he issued a separate proclamation of Columbus Day on Monday, making a point to reference the “devastation” and “violence” that western exploration brought to the Americas.

Some critics of the erasing of Columbus Day argue that proponents are unwittingly aligning themselves with the Ku Klux Klan, which vehemently opposed the veneration of the Italian explorer, albeit for racist reasons.

“In the 1920s and 1930s, for example, the white hooded Knights of the Klan jousted with the Knights of Columbus, an organization of Catholic immigrants, by blocking Columbus monuments from the blue hills of Virginia to the rocky coast of Oregon and terrorized Columbus Day celebrations with cross burnings in several places,” the New York Daily News reported Monday.

Conversely, some Republicans took to Twitter to affirm their support for keeping Columbus Day.

“Today, we celebrate Christopher Columbus arriving in the Americas and the dawn of Western Civilization in the New World. #ColumbusDay,” wrote Sen. Doug Mastriano, R-Pa.