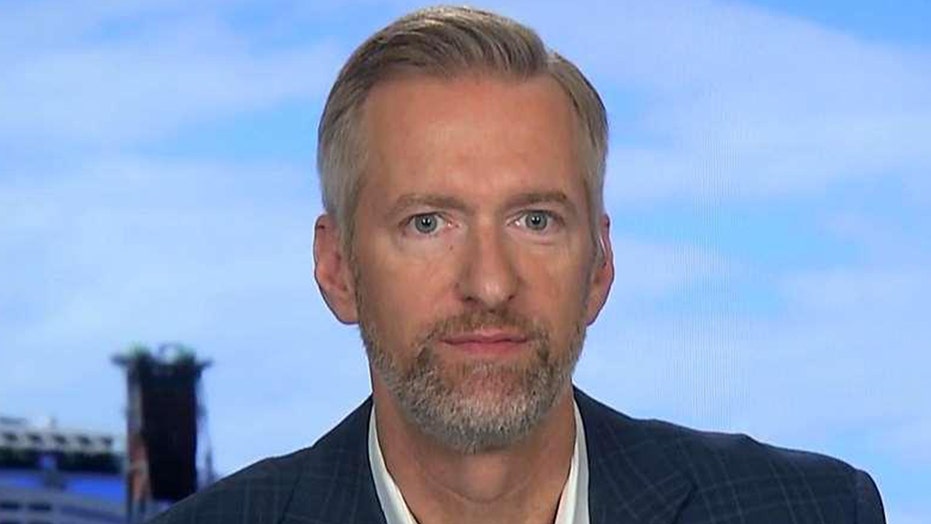 Portland, Oregon, Mayor Ted Wheeler lashed out at the Department of Homeland Security (DHS) on Twitter Tuesday, urging federal agents to “stay inside” or “leave” as the city faces its sixth-straight week of protests and unrest.

“I told the Acting Secretary that my biggest immediate concern is the violence federal officers brought to our streets in recent days, and the life-threatening tactics his agents use,” Wheeler wrote Tuesday evening. “We do not need or want their help.”

DHS deployed officers from multiple federal law enforcement agencies this month to protect government installations that include a courthouse and another building.

Demonstrations have taken place around the country hafter the May 25 death of George Floyd in Minneapolis police custody. Four officers were fired and charged, including Derek Chauvin, who appeared in a video holding his knee on Floyd's neck for nearly nine minutes.

Meanwhile, city businesses have reported $23 million in losses due to looters and rioters – amid a coronavirus pandemic that is already causing massive economic damage.

Chaos has broken out in the city’s streets, frequently aimed at federal property as activists and some local leaders have objected to the presence of federal officers.

Over the weekend, a 23-year-old demonstrator allegedly struck a federal officer in the head with a hammer outside a courthouse. The demonstrator is accused of beating a hole into the building's door with the hammer before officers came outside. Then he struck the officer in the head and shoulder with the hammer before being taken into custody, according to the Portland Police Bureau.

“The best thing they can do is stay inside their building,” Wheeler wrote Tuesday. “Or leave Portland altogether.”

He also criticized DHS for not cleaning graffiti off of its buildings.

PORTLAND EYES POLICE OVERSIGHT BOARD, COMMISSION AS PART OF REFORM

“While we’re busy cleaning out streets and buildings, the two federal buildings are covered with graffiti that has been there for weeks on end,” he wrote.

Portland police have been struggling to contain the unrest as well. The department’s official Twitter account shows images and videos of the demonstrations stretching back for weeks.

The bureau has publicly shared images of projectiles hurled at police, crowds refusing to clear out, and weapons seized from protesters.

And police have said officers have been injured in a number of incidents – on multiple occasions due to protesters throwing fireworks at them.

“Our officers are tired, but they are resilient,” Chief Chuck Lovell said in a statement announcing more than a dozen arrests on the Fourth of July. “Our community deserves better than nightly criminal activity that destroys the value and fabric of our community.”

Meanwhile, other city leaders are exploring ways to reform the city’s police with proposals like establishing a civilian board of commissioners or a community-controlled oversight board.