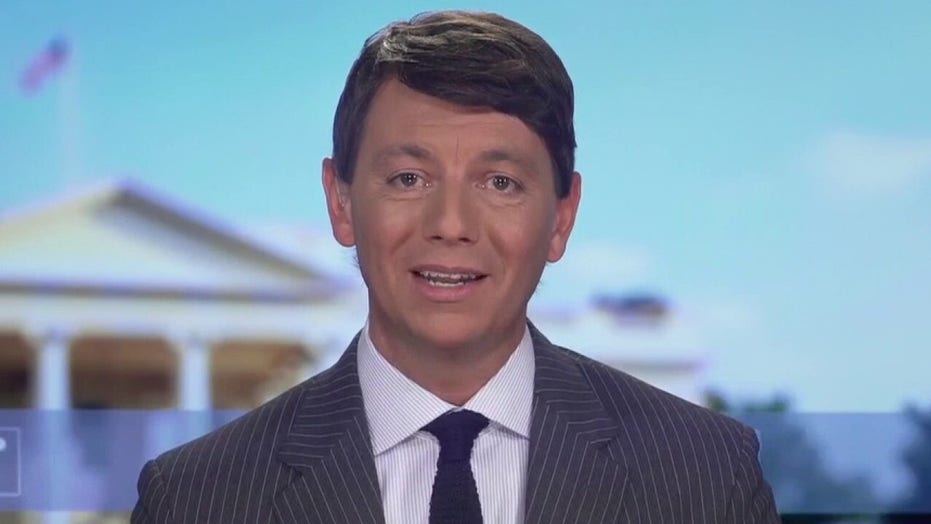 All these losing presidential candidates were ahead of their opponents at some point when they campaigned for our nation’s highest office. But in the end, all lost and none made it to the Oval Office.

Keep this in mind when you read and watch all the news stories now predicting that President Trump is headed for defeat when he faces former Vice President Joe Biden in the November presidential election.

DONNA BRAZILE: TO WIN PRESIDENCY AND MAJORITIES IN CONGRESS, DEMOCRATS SHOULD FOLLOW THIS BATTLE PLAN

Polls are snapshots in time and far from infallible. They can vary wildly depending on who is polled, how questions are phrased and many other variables. All this is not a matter of opinion. It’s an indisputable fact.

As just one of many examples of how wrong polls often can be, 32 years ago this week The New York Times published a story with the headline “Dukakis Lead Widens, According to New Poll.” The Times reported that Massachusetts Gov. Michael Dukakis, then the Democratic presidential nominee, was ahead of then-Vice President George H.W. Bush by an eye-popping margin of 55 percent to 38 percent in the 1988 race for president.

I could fill a book with polling results that turned out to be just as inaccurate.

In the wake of all the polling failures cited above and more, all public election polls should have an asterisk next to the results and say “could be wrong.”

It’s worth noting that a recent poll found that 62 percent of those surveyed are afraid to share their political views in the current environment.

In the age of President Trump, getting accurate data is becoming almost impossible. After all, if you vote for Trump, tell a pollster you’re voting for Trump or show support for the president on social media, you might be attacked as a racist or perhaps even fired from your job, as a teacher in Michigan alleged recently.

In the current toxic political situation caused by the left’s unhinged reaction to the election of the ultimate political outsider Donald Trump, it’s quite obvious that if someone was afraid to tell a pollster about their intention to vote for Trump for fear of retribution in 2016, that fear has grown exponentially over the past four years.

Similar to the 2016 Brexit vote, polling in the 2016 Trump-Clinton race didn’t capture the under-vote that showed up in force on Election Day.

This is an election year unlike any we’ve ever witnessed. America is in the midst of a pandemic that has caused massive economic hardships. There is racial unrest and violence and destruction of property in our streets.

When you study a poll, make sure you look under the hood for a political agenda and flaws on how data is weighed.

These enormous variables make snapshot surveys unreliable, to put it mildly. Moreover, just like there is an anti-Trump bias in the vast majority of newsrooms that are dominated by liberals and those even farther left, bias exists in polling as well.

In these hyper-politicized times, too many polls are deeply flawed. In some cases, this may be deliberate by those on the left. In others, even good-faith attempts at accuracy fail.

Too many polls settle for a sample of registered voters rather than likely voters. Furthermore, with the push for all-mail voting on account of the unprecedented COVID-19 crisis, how can we truly ascertain who is a likely voter and who isn’t? These are uncertain times; standard polling practices may not be cutting the mustard this year.

Be that as it may, polls showing Trump trailing Biden are getting far more attention than they deserve, particularly in liberal media outlets that make little effort to hide their open and intense hostility to Trump and other Republican candidates.

Just look at the Times, where supposedly objective reporters are so filled with anti-Republican bias that they succeeded in getting the publisher to remove the editorial page editor and demote his deputy because the editors dared publish an op-ed by Republican Sen. Tom Cotton of Arkansas.

Biden’s political allies in the media are trying to cement in people’s minds that the outcome of the election is a foregone conclusion, just like they tried to do in 2016.

I recall vividly when I received exit polling information early on election night 2016 that included data from Colorado. The problem was that Colorado has all-mail voting, so there could be no exit polling available.

The moral of the story is: when you study a poll, make sure you look under the hood for a political agenda and flaws on how data is weighed.

Liberal elites are working in concert to defeat President Trump. The media establishment, the political establishment and the academic establishment have gone all-in to take him down — and the American people see it.

Any other leader would have crumbled in the polls long ago but this president is an oak with a dedicated movement behind him.

Juxtapose the intensity on the Trump side of the ledger with the big questions about Joe Biden’s ability to secure votes in his own right.

Can Biden excite enough people to turn out a big vote in 2020? No one knows for sure and that’s causing the left a lot of heartburn for Democrats.

Although he’s currently embracing democratic socialists Sen. Bernie Sanders of Vermont, Rep. Alexandria Ocasio-Cortez of New York, and others on the far-left fringe of the Democratic Party, throughout his career Biden has taken positions on many issues that will demoralize this Democratic faction.

Biden’s support of crime legislation in 1993 that increased imprisonment of African Americans, his vote in favor of the Iraq war, and his unflinching support for trade agreements that shipped American jobs to China will upset many Democratic voters, once these earlier positions become more widely known.

Over the next three months, Biden will be defined by Trump, just like Bush defined Dukakis in 1988.

The American people are going to find out that Biden is a weak puppet of the radical socialist left and is willing to sacrifice the America we know and love in order to get elected.

Voters face a clear choice in November. Trump stands for security, prosperity and putting America first. Biden, by definition, stands for the exact opposite and his dangerous policies confirm just that.

At the end of the day, the only polling that matters will be the results on Election Day. Just ask all the losing presidential candidates who pollsters told us would become president.