President Joe Biden has fully embraced his role as a puppet for the radical left.

In August of last year, Biden rhetorically asked the American public: “Do I look like a radical socialist?” Biased media outlets like Politico and the Los Angeles Times took their messaging cues from the Biden campaign, running stories with headlines like “Why Trump’s attempt to tag Biden as a tool of the radical left isn’t working,” and “Ignore Trump’s warnings – Biden and Harris are no radicals.”

Well, time makes fools of us all, and none more so than the liberal media.

Fresh off the passage of the wasteful $1.9 trillion “COVID relief” bill – less than 10% of which addressed public health mitigation efforts – the Biden administration continues to gaslight the American people with the same strategy for its $2.25 trillion “infrastructure” monstrosity.

Once again, Biden and the Democrats are mischaracterizing the legislation as infrastructure while hoping the public doesn’t notice the billions upon billions in reckless spending on the left-wing wish list. This swampy behavior has become the very essence of the Biden doctrine: say one thing and do another.

Biden’s media allies circled the wagons to help Democrats ram through the ultra-partisan “COVID relief” bill and now they’re preparing to assist in misleading the American people again on “infrastructure.”

When Biden says he has bipartisan support for the plan – despite no actual GOP support in Congress – it’s a testament to the propagandists in the mainstream media that they don’t burst into laughter. To serve that end, Biden invited some Republican members of Congress to the White House on Monday to give the phony appearance – once again – that he’s interested in good faith negotiations. The American people know real bipartisanship when they see it and White House efforts to redefine it are doomed to fail.

When Biden first announced his infrastructure plan in Pittsburgh, he focused on what he described as the “heart of the plan”: modernizing “our roads, our bridges, our airports.” He claimed that his plan “grows the economy in key ways,” and that it “puts people to work.” There was only a passing mention of “climate.”

The announcement, contrasted with the actual details of the plan, is another example of the Biden bait-and-switch. There was no mention of the $10 billion line item to create a “Civilian Climate Corps.” No mention of the $20 billion to “advance racial equity and environmental justice.” In fact, the White House’s own fact sheet mentions climate 20 times, roads 13 times, bridges 14 times, and rail 12 times.

Labeling this proposal solely as an infrastructure bill is a gross misrepresentation of what’s actually going on here. This looks more like the opening salvo for the Green New Deal.

When even Democrats are telling us that this plan will enable their job-killing, tax-hiking green agenda, you best believe them.

You don’t have to take my word for this, either. The Boston Globe ran this headline on a story about Sen. Ed Markey, D-Mass., and his allies: “Markey and progressive Democrats see infrastructure bill as a way to accomplish Green New Deal goals.” Rep. Alexandria Ocasio-Cortez, D-N.Y., told The New York Times that “she was encouraged by what she had heard about the infrastructure policies,” likening the package to “her Green New Deal.”

When even Democrats are telling us that this plan will enable their job-killing, tax-hiking green agenda, you best believe them. As time goes by, it’s becoming clear that President Biden is completely beholden to the radicals in his party.

The reason Transportation Secretary Pete Buttigieg felt the need to falsely claim the plan would create 19 million jobs is because this enormously expensive boondoggle isn’t passing muster with everyday American taxpayers. The Biden team knows full well that honesty will kill this bill. And to make matters worse, as Biden’s team misleads on the proposal, they’re busy killing actual infrastructure jobs by stopping the Keystone pipeline and border wall construction. 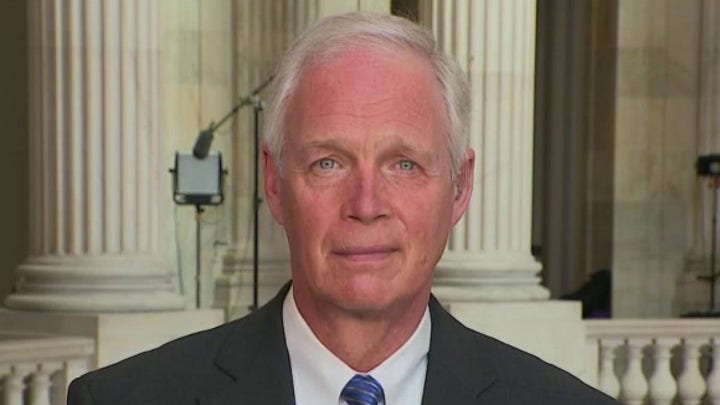 In 2019, Terry O’Sullivan, the general president of the Laborers’ International Union of North America, said, “The things that are in the Green New Deal should be dealt with [by the] Climate Change Committee and not tied to infrastructure.”  The prominent labor leader continued, “It has been almost impossible to figure out how we’re going to fund infrastructure and with the Green New Deal, we feel it’s going to be absolutely impossible.”

Perhaps Biden should listen to the union members he claims to fight for; however, by injecting so much climate language in his infrastructure outline, Biden has yet again deprioritized hardworking men and women to appease the climate radicals that control his party.

As Biden tries to change what infrastructure means, the trained seals in the mainstream media applaud in unison. Liberal elitists want everyone to kneel before the altar of the “Green New Deal.” But for Middle America, green policies kill jobs and put workers last.

If Biden truly wants unity and consensus on infrastructure, he’s got a funny way of showing it.