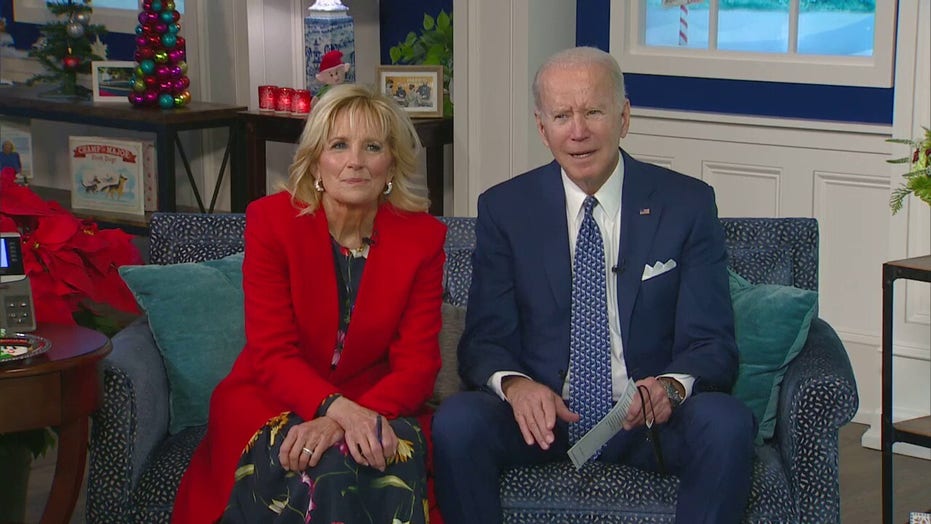 Jared from Oregon told President Biden, ‘Let’s go Brandon’ during a call with NORAD officials and children on Christmas Eve.

Things went off script when President Biden and first lady Jill Biden spoke with children and NORAD officials who are tracking Santa Claus on Christmas Eve.

A dad who identified as Jared from Oregon closed his family’s call with the Bidens by saying, “Let’s go Brandon,” a phrase that disparages the president.

The phrase became an internet sensation when fans at a NASCAR race chanted “F— Joe Biden.” A reporter who was interviewing driver Brandon Brown live on air seemed to think that the crowd was chanting “let’s go Brandon.”

It’s now used to mock both Biden and the media for not understanding those who oppose the president, and as a euphemism for that more vulgar chant.

The president followed up by asking where Jared’s home was, but no one responded.

“I think we lost him,” Biden said.