Iconic all-you-can-eat chain Sizzler will fry its final cheese toast in November after parent company Collins Foods said the COVID-19 pandemic had forced it to pull the plug on the brand.

The company's final nine sites will shut their doors on November 15 following years of underperformance. Around 600 jobs will be affected by the closures and Collins said appropriate redundancy payouts would be awarded and other positions would be found for as many staff as possible, across the company's Taco Bell and KFC network across Australia. 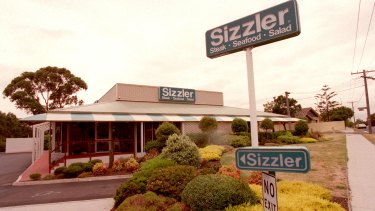 The remaining Sizzler stores will be shut with the loss of 600 jobs. Credit:John Woudstra

Collins chief executive Drew O'Malley said the decision was a difficult one for the retailer, but was necessary due to the outsized impact of the coronavirus pandemic on the buffet-centric brand.

"The ongoing impact of COVID-19 on revenues has meant that unfortunately, these restaurants have not established a clear path to profitability in the foreseeable future," he said.

Sizzler first originated in the US in 1958, beginning as a self-service steakhouse before expanding into the all-you-can-eat offering associated with the brand today.

Its first Australian store was opened by Collins Foods in 1986, where it gained significant popularity, especially throughout Queensland where it was first launched.

However, since 2013 Sizzler's performance has languished, and in 2015 Collins deemed the business 'non-core' and begun to shut stores in Australia, leaving it with just nine.

Sizzler revenues contributed to under 3 per cent of Collins Foods' total revenue for the 2020 financial year, and the company flagged that some one-off costs would be incurred for the first half of 2021.

The nine Sizzler stores set to close are in Queensland at Mermaid Beach, Loganholme, Toowoomba, Maroochydore and Caboolture; in Western Australia in Innaloo, Kelmscott and Morley; and in New South Wales in Campbelltown.

"Closing restaurants is not something we do often and not a decision we take lightly, especially for a
brand as beloved as Sizzler, which has been such an important part of the Collins Foods’ history," Mr O'Malley said.

"We are extremely grateful to our dedicated employees, suppliers and customers for their support and look forward to engaging with them through our other brands as Collins Foods’ overall growth story continues."

The Sizzler brand will live on in Asia however, with Collins pressing ahead with its plans to expand the restaurant chain in the region.