Cryptocurrency mines are not normally associated with the British countryside but one farmer is working to change that, turning his farm into a environmentally friendly way to scour the digital sphere for coins. 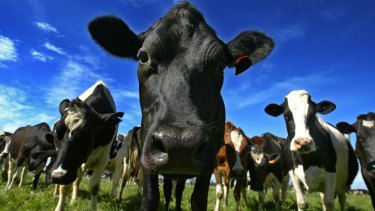 Businessman Josh Riddett, 30, who heads the Bury-based cryptomining company Easy Crypto Hunter, has solved another conundrum: how to do this while minimising your energy bill.

He has been building sites where cow manure is used to create energy via anaerobic digestion – this creates methane to run electricity generators.

Mr Riddett’s company caters to so-called crypto “whales” – a major crypto owner – or high-net-worth individuals who have paid to run machines round the clock to rake in profits from Ethereum and Ravencoin, coins that have soared in value in the past 12 month but do not require as much energy to unlock as bitcoin.

“The machines are capable of mining hundreds of different digital currencies. We don’t mine bitcoin because we find the rewards are far greater from the other currencies which are more profitable and more energy efficient,” he said.

Farmers with renewable energy sources can sell their power to the National Grid for around 4-7 pence per kilowatt hour – but they can earn up to 10 times that running a cryptomining machine, according to Mr Riddett.

Phil Hughes uses manure from his sheep and beef farm in Corwen, Denbighshire, to power computers mining new cryptocurrency. He said: “It is a profitable enterprise – we’ve had a good return and it’s a bit of fun, a curiosity. It’s a lot easier to run a computer than a herd of cows or a flock of sheep and you don’t have to wake up at five in the morning.”

Cryptocurrencies, particularly bitcoin, have been criticised for their high energy consumption, but using renewable energy to mine them has helped minimise the issue.

Mr Riddett said mining crypto did not have to be bad for the environment. “It sounds wild but farmers can plug in some fancy computers in their barn and get paid a passive income from it… Effectively farmers are turning their barn or cattle shed into a mini-data centre and getting paid for renting out their computer processing power,” he said.