For many, the Conservative Political Action Conference (CPAC) is essentially one of the last major in-person events without masks or coronavirus pandemic restrictions before the shutdown began.

Now, one year later, both the world and CPAC 2021 are very different.

The annual conservative confab has moved from Maryland to Orlando, Florida, due to coronavirus restrictions. 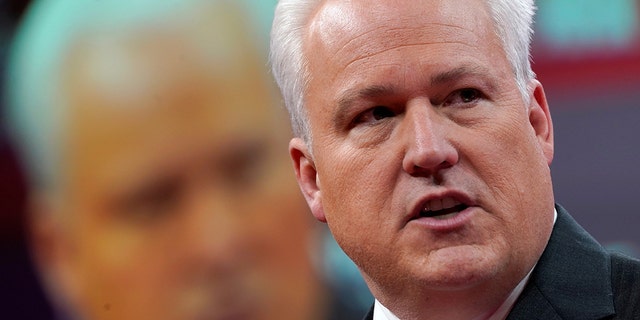 “We considered other states, Tennessee, Georgia Florida, Texas … Florida just seems like the obvious place,” he said. “You know, the city of Orlando obviously has got the infrastructure to take a big conference. I mean, Las Vegas would have too, but … the governor there just makes it impossible, is basically making it impossible for any business to be open, whereas the governor of Florida is doing just the opposite.”

Masks are required in all public spaces of CPAC, due to regulations in Orange County, Florida, and the Hyatt hotel where the conference is being held. Some of the peripheral activities around CPAC like book signings have been pared back to limit face-to-face contact.

But other things are the same.

And what’s staying the same more than anything else is that former President Donald Trump will be at the center of the conference more than any other individual. 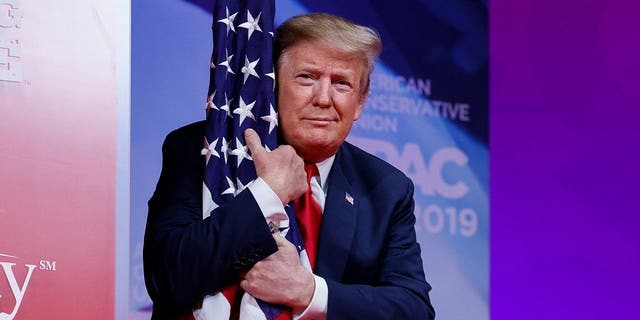 JOIN CPAC 2021 FROM HOME: HOW TO WATCH STREAMING COVERAGE ON FOX NATION

Trump was confirmed over the weekend to be closing CPAC as the headliner on Sunday afternoon, the final day of the conference. And his son, Donald Trump Jr., will be headlining the first full day of CPAC on Friday.

Notably absent at CPAC are any Republicans who have been vocally critical of Trump. Sens. Mitt Romney, R-Utah and Ben Sasse, R-Neb., won’t be present. Neither will Rep. Liz Cheney, R-Wyo., who was the highest-ranking House Republican to vote to impeach Trump earlier this year.

Rep. Matt Gaetz, R-Fla., who in the aftermath of Cheney’s impeachment vote flew to Wyoming just to hold a political rally against Cheney, will be attending the conference.

“We are in a battle for the soul of the Republican party and I intend to win it,” Gaetz said at the Wyoming rally. “You can help me. You can help me break a corrupt system. You can send a representative who actually represents you and you can send Liz Cheney home — back home to Washington, D.C.”

Gaetz at that rally took a call from Trump Jr., who also pushed for Cheney’s ouster in a 2022 primary. 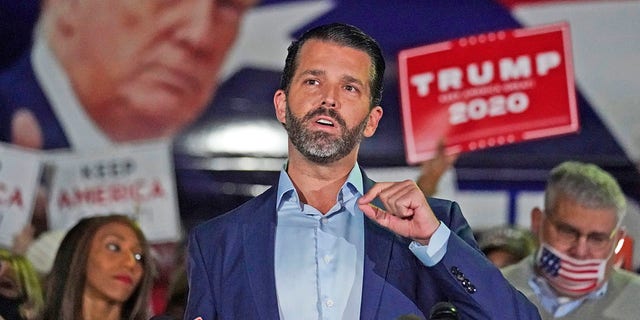 Donald Trump Jr., gestures as he speaks during a news conference at Georgia Republican Party headquarters Thursday, Nov. 5, 2020 in Atlanta. Trump Jr. will be speaking on Friday afternoon at CPAC. (AP Photo/John Bazemore)

Some of the other high-profile Trump loyalists who will be present at CPAC are Rep. Mo Brooks, R-Ala., who led the push earlier this year to overturn the Electoral College results in some states; Paxton, who led a lawsuit to overturn four states’ election results; Reps. Jim Jordan, R-Ohio, and Devin Nunes, R-Calif., two of Trump’s staunchest allies in the House; and former acting Director of National Intelligence Richard Grenell.

Perhaps also hinting at the pro-Trump nature of the conference, CPAC 2021 includes seven separate panels on “protecting elections,” which alternatively examine similar claims of widespread voter fraud made by Trump after the presidential election or how to strengthen elections for the future.

“We’re going to go through the real stuff. Not the imagined charges, not the fantastical charges. Just the real stuff,” Schlapp said. “All of the globalists tell us that we should be going along with the globe. Well, the globe tells us this is the wrong way to vote. You vote in person. That’s what you do in these other democracies. You vote once and there’s a lot of security around it. So much security that the American government often helps pay for that security.”

Conservatives and many election experts ahead of the presidential election widely agreed that some changes moving toward increased mail balloting in the U.S. made elections less secure. But despite intense scrutiny and a litany of court cases, no evidence has emerged to support the idea that there was widespread voter fraud nearly large enough to affect the result of the presidential election.

CPAC will also be a forum for those on the right to sharpen their arguments against President Biden, whose administration began with a flurry of executive orders that have rankled Republicans. Schlapp specifically slammed the Biden order that revoked approval for the Keystone XL Pipeline, which led to a significant number of jobs being lost.

“A lot of fair-minded people are like, ‘well, let’s see if we get the AOC Joe Biden and the Bernie Sanders Joe Biden, or do we get the Joe Manchin Joe Biden?'” Schlapp said of the early days of the Biden administration. “I think a lot of people believe that the Joe Biden who emerges will be whatever is given on the cue cards, right? Like, he’s being driven by the people around him.”

“I think now people are beginning to see these executive orders they’re going to get,” Schlapp said. “In some ways, he has my begrudging respect. He does all these things he says he would do. That means we’re going to get a very aggressive socialist agenda. That will mean that Republicans better find their voice fast and they better start fighting fast.”