Executive VP of The Trump Organization Donald Trump Jr. weighs in on ‘The Ingraham Angle.’

A  federal appeals court ruled less than a week before Election Day that absentee ballots arriving after Nov. 3 in Minnesota must be separated and may not be counted at all, depending on future court proceedings.

The Thursday ruling adds a layer of confusion to a federal court's Oct. 12 decision to extend the state's deadline for counting absentee ballots seven days after Nov. 3 as long as ballots are postmarked on or before Election Day.

The majority opinion said the extension "likely violates Article II, Section 1 of the Constitution because [State Secretary Steve Simon] extended the deadline for receipt of ballots without legislative authorization." 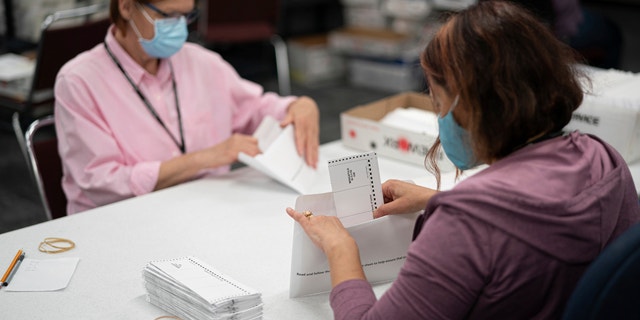 "We therefore reverse the district court’s denial of a preliminary injunction, and remand to the district court to enter an injunction requiring [Simon] and those under his direction to identify, segregate, and otherwise maintain and preserve all absentee ballots received after the deadlines set forth in Minnesota," the opinion reads.

EVERYTHING YOU NEED TO KNOW ABOUT MAIL-IN VOTING IN 2020

Prior to the Oct. 12 decision to change the deadline for absentee ballots, they had to be received by 8 p.m. on Election Day.

Simon said the ruling was a "tremendous and unnecessary disruption to Minnesota's election" and that the state is trying to make voters aware of the decision as quickly as possible, according to Fox News' Minneapolis bureau.

"Because of LAST MINUTE ruling, Minnesota DO NOT put ballots in mail any more," Klobuchar wrote in a Thursday tweet. "In the middle of a pandemic, the Republican Party is doing everything to make it hard for you to vote. Stand up for YOUR rights: Vote in-person or take mail-in ballot directly to ballot box."

A majority of states require mail-in ballots to be received by Election Day, while others accept them days or even weeks later if they are postmarked by Election Day. Tens of millions of Americans have already voted by mail this year because of concerns about coronavirus exposure at polling places.

The Supreme Court on Monday ruled against an attempt to extend Wisconsin's deadline for mail-in ballots six days after Nov. 3.