A Donald Trump-loving gym owner who authorities say attacked a police officer during the Jan. 6 insurrection at the U.S. Capitol is the son of a deceased New Jersey trooper and has a brother in the U.S. Secret Service, HuffPost has learned.

Scott Kevin Fairlamb, the owner of Fairlamb Fit and a former ultimate fighter, is the son of retired New Jersey Trooper Preston “Jay” Fairlamb Jr., who died in a 2012 motorcycle crash. Michelle Obama, the first lady at the time, attended a memorial service for the elder Fairlamb because his other son, Preston “Jay” Fairlamb III, had led her Secret Service detail. Obama even mentioned Preston Fairlamb III in her recent memoir, writing that they “became real friends” and shared stories and jokes.

A website for Scott Fairlamb’s 2019 wedding lists his best man as “Jay,” and one acquaintance confirmed that the longtime Service Service agent was in his brother’s wedding party. Multiple sources and public records confirm their relationship.

There’s no indication that Preston Fairlamb III, who is listed on LinkedIn as resident agent-in-charge of the Trenton, New Jersey, office of the Secret Service, was aware of his brother’s activities at the Capitol this month. The criminal complaint against Scott Fairlamb, authored by an unnamed FBI agent, does not give any specific sign that Agent Fairlamb helped bring his brother to justice.

The U.S. Secret Service did not immediately respond to a request for comment.

Scott Fairlamb faces a civil disorder charge, a charge of assaulting a federal officer, a charge of knowingly entering or remaining in a restricted building or grounds without lawful authority, a count of carrying a dangerous weapon, and a charge of violent entry and disorderly conduct on Capitol grounds.

Two of the charges against Scott Fairlamb apply because he was in a restricted area where a person protected by the Secret Service ― in this case, Vice President Mike Pence ― was visiting. Pence was at the Capitol to oversee the certification of the Electoral College vote count, which then-President Trump and his supporters sought to stop and overturn.

Fairlamb made an initial court appearance in New Jersey and was ordered released, but the order was stayed pending appeal by the government, according to the Justice Department. 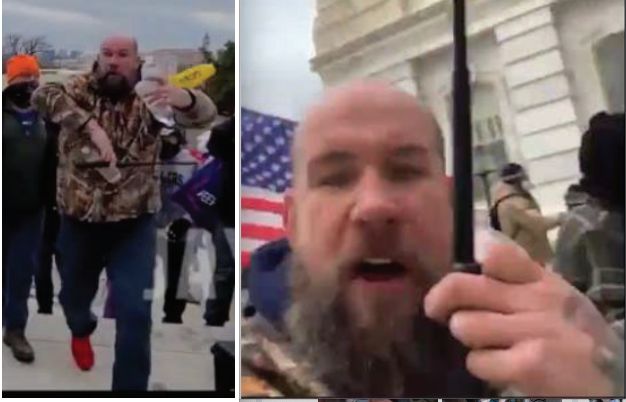 A criminal complaint filed against Scott Fairlamb says that a concerned citizen submitted a video that showed a man in a brown camouflage jacket pushing an officer in front of the Capitol building, and then punching the officer in the head.

Another concerned citizen, the FBI said, submitted a video that was posted to Fairlamb’s Facebook account, which has since been deleted. In the video, the FBI said, Fairlamb “is carrying a collapsible baton and says ‘What Patriots do? We fuckin’ disarm them and then we storm fuckin’ the Capitol.’” 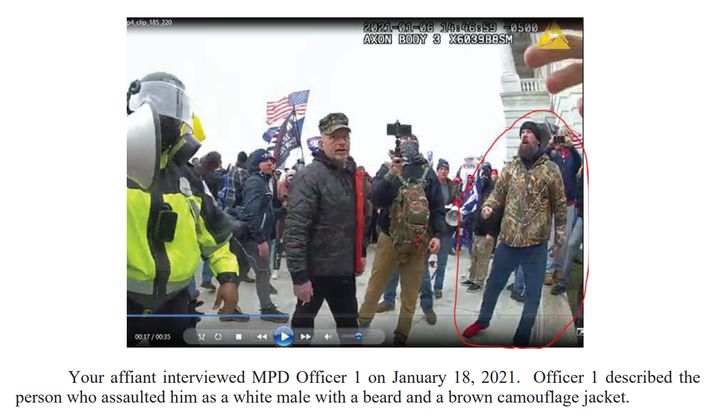 Scott Fairlamb, as The Daily Beast reported, had previously made headlines in New Jersey for defying the state’s COVID-19 restrictions. But one associate told HuffPost that Scott Fairlamb had gotten sucked into conspiracy theories long before the coronavirus hit the United States.

“Over the last 8-10 years, Scott got pulled more and more into the conspiracy theory vortex and pushed everything in his life aside for it. Trump’s first campaign set his targets on [Hillary Clinton] and ‘lock her up,’ then it moved to QAnon type stuff over the last few years and ultimately resulted in his participation in the Jan. 6 Capitol riot,” the acquaintance said.

“I feel for his wife, family, employees and community, but I have zero empathy for him. He’s had too many chances over the years to correct his pattern of bullying behavior ― all while portraying himself as a ‘good guy with a Batman cape’ in his hometown,” the acquaintance said.

Fairlamb is far from the only defendant with law enforcement connections to participate in the deadly attack on the U.S. Capitol that killed Capitol Police officer Brian Sicknick. Several law enforcement officials have been charged in connection with the attack on the Capitol, including two from Virginia and one from Texas. The latest law enforcement officer charged is Marissa A. Suarez, a probationary corrections officer with the Monmouth County Corrections Facility in New Jersey, who feds say sent incriminating texts about her involvement in the siege.

“Sooo we’ve stormed Capitol Hill lol,” she wrote in one text. “We’re inside.”

Dozens of law enforcement officers ― at least 39 officers from 17 different states ― attended the Trump rally that preceded the attack on the Capitol, according to The Appeal.