Chief Justice John Roberts has sided against the predominant conservative position in some of the most consequential cases so far decided by the Supreme Court this term, including on hot button issues over LGBTQ rights, immigration and financial regulation. This trajectory culminated in his surprising vote Monday to concur with Justice Stephen Breyer’s decision that struck down a restrictive Louisiana abortion law.

Roberts’ vote in June Medical Services v. Russo wasn’t his first heresy during the Trump administration, and several prominent conservatives were finally driven to hysteria by Roberts on Monday.

“Chief Justice Roberts is at it again with his political gamesmanship,” Sen. Ted Cruz (R-Texas) tweeted.

But Roberts isn’t a liberal, let alone a veiled liberal like former Justice David Souter, as some conservative voices appear to believe. And there is no evidence that he has had some sudden change of heart. He’s still calling balls and strikes, he would argue. It’s just that the size of the strike zone keeps changing based on the nation’s shifting opinions, political calculation and on his own desire to set the pace.

The chief justice’s 2020 apostasies began on June 15, when he joined Justice Neil Gorsuch’s 6-3 decision in Bostock v. Clayton County, ruling that the 1964 Civil Rights Act protects LGBTQ employees from workplace discrimination. Thanks to the ruling, employers will no longer be able to fire someone simply for their sexual orientation.

Even here, Roberts is following a firmly, if newly established, social norm. Americans supported overturning laws that discriminate based on sexual orientation by 57% to 34%, according to a 2019 Marquette Law School poll. This reality is perhaps best expressed by Justice Brett Kavanaugh’s dissent, which went out of its way to praise LGBTQ activists ― “They have advanced powerful policy arguments and can take pride in today’s result,” he wrote ― even as he ruled against them.

Roberts is doing exactly what he has done in the past. He is avoiding issuing controversial decisions during a presidential election year. And he is also sending a message to conservatives to put better cases before the Supreme Court if they want to push the country rightward. As conservative activists have stacked the federal courts in recent decades, they’ve come to expect judges and justices who will robotically approve their arguments, no matter how sloppy or repetitive they are. Roberts is signaling that he won’t tolerate that. 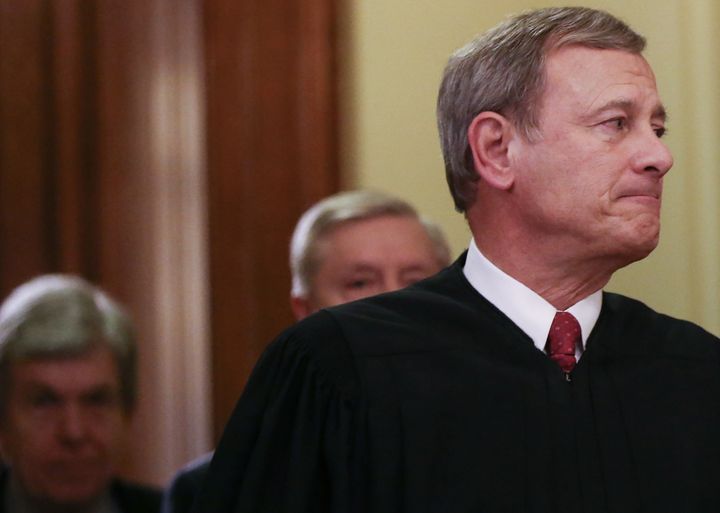 Start with Roberts’ concurrence in the June Medical abortion decision, in which he says he will respect precedent in this case as the court has already ruled on the exact law in question in Whole Woman’s Health v. Hellerstedt (2016).

“Stare decisis instructs us to treat like cases alike,” Roberts writes. “The result in this case is controlled by our decision four years ago invalidating a nearly identical Texas law. The Louisiana law burdens women seeking previability abortions to the same extent as the Texas law, according to factual findings that are not clearly erroneous.”

Roberts isn’t saying he supports the outcome of Whole Woman’s Health. In fact, he opposed the 5-4 decision written by then-Justice Anthony Kennedy. He even wrote in his concurrence that he still opposes it.

But Roberts isn’t about to overturn a recent precedent when the Louisiana law brought before the court in June Medical is exactly the same as the Texas law that appeared in Whole Woman’s Health. He is telling abortion opponents that they need to bring a new case based on a different law and not just expect a post-Kennedy court to rule their way on the exact same case.

In addition, Roberts’ concurrence ever so slightly weakens the legal test restrictions abortion providers will face in future cases.

“Dig into the Roberts opinion, and it’s clear that what we won today ― in addition to the very crucial fact that LA women still have access to abortion ― is the freedom to fight another day,” NARAL Pro-Choice president Ilyse Hogue tweeted.

The chief justice’s thinking here looks very similar to his June 18 decision in Department of Homeland Security v. Regents of the University of California. In that case, Roberts overturned the Trump administration’s rescission of former President Barack Obama’s Deferred Action for Childhood Arrivals (DACA) executive order because it was “arbitrary and capricious.”

“The wisdom” of those decisions “is none of our concern,” Roberts wrote. “We address only whether the agency complied with the procedural requirement that it provide a reasoned explanation for its action.”

Roberts was objecting to the sloppiness of the Trump administration more than the policy itself.

This was the second time Roberts struck down a Trump administration action because the administration refused to provide a believable, legal reasoning for it. In his 2019 ruling in Department of Commerce v. New York, Roberts ruled that the justification offered by the department for adding a citizenship question to the decennial census was essentially a lie and they needed to come back to the courts with a legitimate reason.

To the fervid conservatives eager to take advantage of a Republican White House and the retirement of Justice Kennedy, Roberts has repeatedly issued the same message: Slow down, get better legal help, file the right cases and, most important, work at my speed.

The corporate wing of the conservative movement is more comfortable with Roberts’ pace and product. As corporate persons are technically immortal, they have all the time in the world for incremental victories. 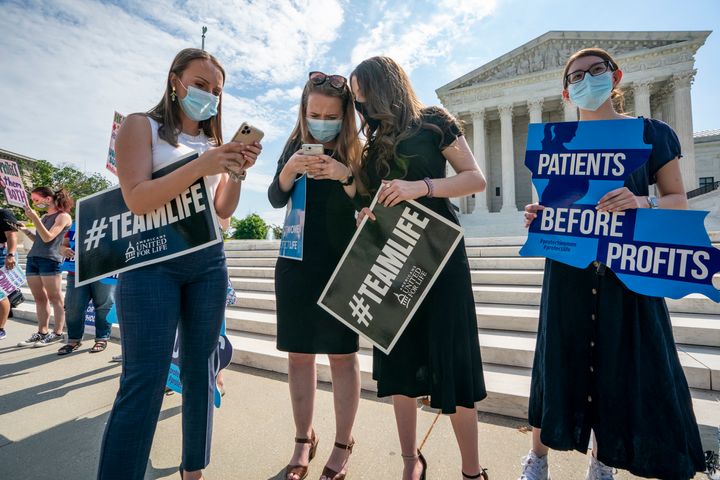 Take Roberts’ Monday ruling in the Seila Law LLC v. Consumer Financial Protection Bureau case. At issue was whether the post-Great Recession agency crafted by Sen. Elizabeth Warren (D-Mass.) was constitutional due to its structure of being an independent agency with a single appointed head who could not be fired by the president except for cause.

The agency’s structure was indeed unconstitutional, according to Roberts in his 5-4 decision joined by the court’s conservatives. His ruling appears incredibly narrow at first glance. The agency can remain as it is, but the director can now be fired by the president for any reason at all. A future President Joe Biden could now immediately fire Trump’s current CFPB director, Kathy Kraninger, and appoint whomever he wished.

But though the decision has a narrow outcome, the argument within is, in fact, quite broad. Roberts’ argument that the CFPB’s structure is unconstitutional because it lacks “meaningful supervision” from the president could theoretically apply to many other independent agencies.

This is something Justice Elena Kagan takes note of in her dissenting opinion.

“The CFPB Director exercises the same powers, and receives the same removal protections, as the heads of other, constitutionally permissible independent agencies,” Kagan writes after noting the Federal Trade Commission, Federal Reserve Board and Office of the Comptroller of the Currency. “How could it be that this opinion is a dissent?”

The ruling then is a setup for decisions that further eviscerate the independence of federal oversight agencies and consolidates executive branch power over them. A precedent would be the Roberts Court’s successive rulings on campaign finance law in Wisconsin Right to Life in 2007 and Citizens United in 2010. The first was an incremental move to loosen limits on corporate political spending that set the terms by which the latter decision completely undid those limits.

As an institutionalist, Roberts doesn’t want the court to appear so partisan or sloppy if it is going to lead the way on a rightward turn. He wants to set the terms of the counter-revolution. Everyone else just needs to adjust to his changing strike zone.