In media news today, Obama’s former education secretary gets slammed for likening anti-maskers to Kabul suicide bombers, Disney faces internal pressure to conduct an outside probe of ABC News’ handling of sexual harassment claims, and ABC’s Jon Karl says Biden admin calling Afghanistan a success is not based in ‘reality’

ABC News’ “The View” will feature a series of rotating guest hosts to fill the void left by token conservative Meghan McCain, who ditched the daytime gabfest at the end of last season.

McCain spent four years sparring with liberal co-hosts, but Whoopi Goldberg, Joy Behar, Sunny Hostin and Sara Haines will have a new batch of conservatives to deal with when the 25th season kicks off on Sept. 7. 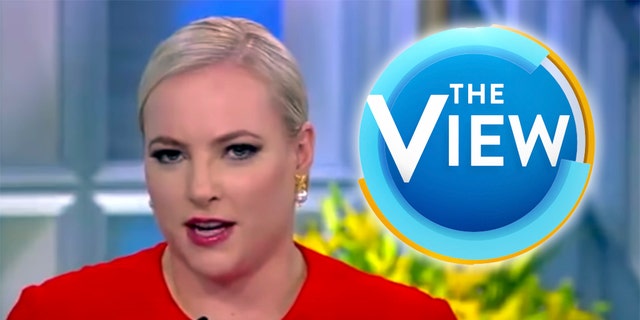 Meghan McCain walked away her role as the token conservative on ABC News’ "The View."

Former Utah congresswoman Mia Love will occupy McCain’s old seat for the first week of the new season, which will also be the first time the women have been together in New York City since COVID-19 forced them to broadcast remotely in March 2020.

In addition to the rotating conservatives, “The View” also plans to bring back former hosts to help celebrate the program’s 25th anniversary.

“25 years is such an incredible milestone,” executive producer Brian Teta said in a statement. “”We have so much planned to honor this amazing platform that Barbara Walters created. I can’t think of a better way to kick off that celebration than by welcoming the co-hosts back to the iconic View table and to have them in front of a live studio audience again.”

Teta said that he is “taking a little time” before deciding who will be McCain’s permanent replacement.

McCain said her decision to leave was difficult, but she enjoyed settling down in Washington, D.C., with her husband and daughter since the coronavirus pandemic and didn’t want to upend her life again for the New York-based program. A source told Fox News last month it was indeed McCain’s decision to leave the program.