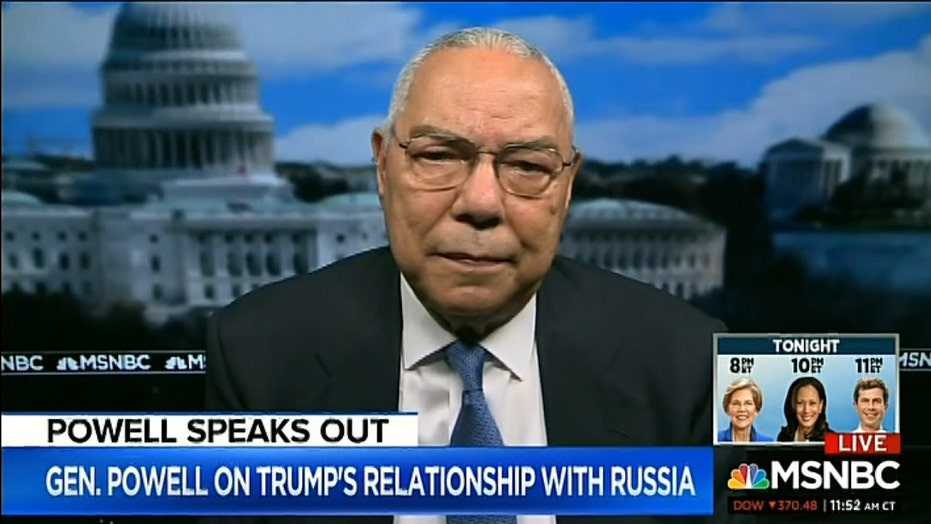 Former Secretary of State Colin Powell indicated on Thursday that media figures overreacted to a recent report that Russian officials placed bounties on the lives of U.S. soldiers in Afghanistan.

"What I know is that our military commanders on the ground did not think that it was as serious a problem as the newspapers were reporting and television was reporting," Powell told MSNBC's Andrea Mitchell. "It got kind of out of control before we really had an understanding of what had happened. I’m not sure we fully understand now."

"But that has to be analyzed," Powell went on. "It has to be attested. And then you have to go find out who the enemy is. And I think we were on top of that one, but it just got — it got almost hysterical in the first few days."

Trump has denied a report by The New York Times that he was briefed on intelligence about the bounties, but did nothing about them.

"The Russia Bounty story is just another made up by Fake News tale that is told only to damage me and the Republican Party," he tweeted last week. Both the White House and McKenzie, of U.S. Central Command, have indicated the intelligence wasn't strong enough to merit the president's attention.

"The intel case wasn't proved to me — it wasn't proved enough that I'd take it to a court of law — and you know that's often true in battlefield intelligence," McKenzie told reporters Tuesday.

“You see a lot of indicators," the general explained. "Many of them are troubling, many of them you act on. But, in this case there just there wasn't enough there. I sent the intelligence guys back to continue to dig on it, and I believe they're continuing to dig right now, but I just didn't see enough there to tell me that the circuit was closed in that regard.”

McKenzie also expressed doubts that the bounty program led to any deaths of U.S. soldiers.