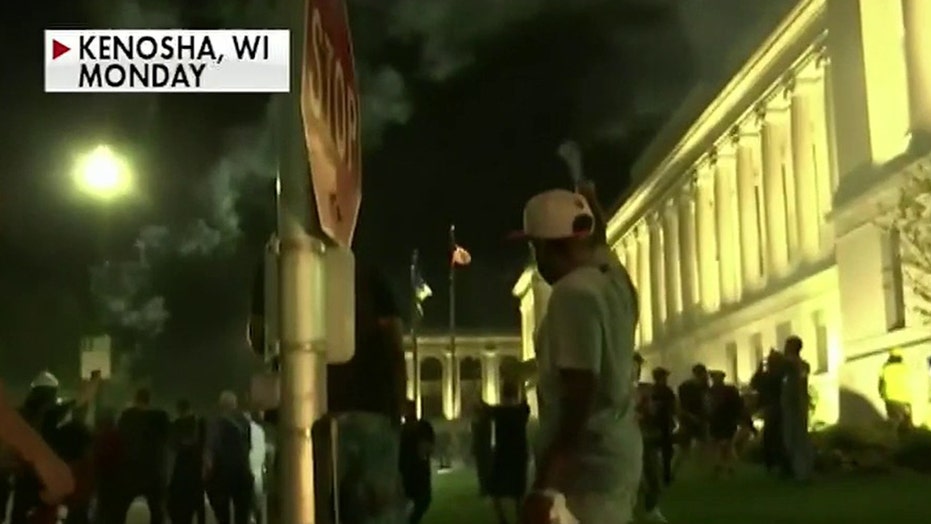 A Wisconsin town has seen two nights of unrest following a police officer-involved shooting of a Black man, but CNN apparently didn’t feel using the word “violent” was necessary when describing the events.

Grabien Media founder Tom Elliot noticed that the word “violent” was quickly erased from CNN’s on-screen graphic when correspondent Omar Jiminez did a live hit from Kenosha, Wis., on Monday.

CNN’s graphic initially said, “8PM CURFEW ORDERED AFTER VIOLENT PROTESTS OVER POLICE SHOOTING OF UNARMED BLACK MAN IN WISCONSIN,” but the message was removed and replaced roughly 5 seconds later without the word “violent."

Fox News confirmed the authenticity of the clip.

CNN’s on-screen graphics are often snarky and regularly come with an opinionated viewpoint, but they’re typically used to attack or mock President Trump. But CNN has also been accused of downplaying violent acts committed by protesters and Antifa in recent memory.

Regardless of how CNN described the events, most would consider the actions violent.

Officers deployed tear gas in an attempt to disperse a crowd outside the Kenosha County courthouse. Gov. Tony Evers deployed 125 Guard members to the city in an effort to prevent the kind of violence and vandalism that occurred in the city on Sunday night.

Multiple fires were reported across the city late Monday night. Stephanie Haines, a reporter for TMJ4, reported that downtown Kenosha is filled with smoke.

A car dealership that was seen up in flames during the first night of Kenosh’s protests-turned-riots was targeted again late Monday into Tuesday along with another dealership and other businesses, according to social media and reports. 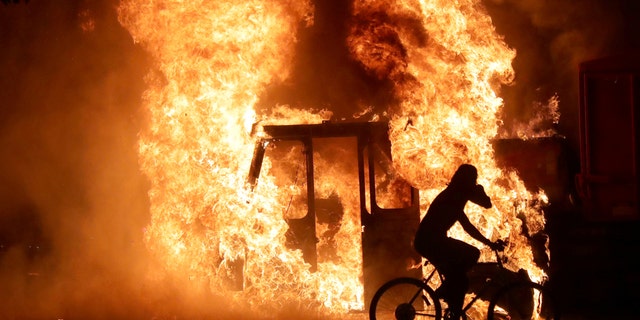 A video posted to Twitter by Daily Caller reporter Shelby Talcott shows that two dealerships — including Car Source, a casualty of Kenosha’s first night of protests — were targeted during the second night of protests in the wake of a caught-on-video police shooting of a Black man on Sunday.

The unrest continued overnight, as video appeared to show a second car dealership being looted, while others stomped on cars and pulled down street lights. Earlier, a furniture store was looted and set on fire. The Wisconsin Department of Corrections building was also reportedly set on fire.

Several businesses in the city's Uptown district were ablaze by 1 a.m., which one New York Times reporter called "Just a horrible scene." In one scene shared by a journalist on the scene, a man pulled out a gun and waved it in the air as a threat to police officers.

Protesters chanted "No Justice, No Peace," minutes before the curfew went into effect and ignored orders to go home. Some officers were targeted with water bottles and other objects but it was not clear if anyone was injured.

The anger comes after the shooting of Jacob Blake, a 29-year-old Black man who was shot multiples times Sunday during an encounter with Kenosha police. Officers were initially called to a domestic dispute. At one point, Blake leaned into an SUV with his three children inside and an officer fired several shots, reports said.

Blake was hit in the back and hospitalized in serious condition. The encounter was captured on cellphone video.