New York (CNN Business)Discovery (DISCA) CEO David Zaslav praised CNN on Friday and said “news is going to be really critical” to the future of the soon to be combined Warner Bros. Discovery, despite the sudden ouster of CNN boss Jeff Zucker earlier this week.

“CNN has the greatest group of journalists in the world,” Zaslav said in an interview on CNBC.
Staffers across CNN are anxious about the network’s future after Zucker’s departure and with new ownership looming. Many tuned in to see Zaslav speak publicly for the first time since Zucker stunned the organization by announcing his resignation Wednesday morning.

Zucker was given the choice of resigning or being terminated after he admitted to a consensual romantic relationship with his longtime No. 2 Allison Gollust. Corporate policy requires such a relationship to be disclosed to HR, which Zucker and Gollust had not previously done. But many observers inside and outside CNN have wondered why the admission led so quickly to his firing now and whether there were hidden corporate machinations at work. 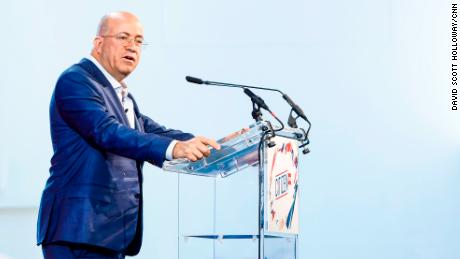 Zaslav described Zucker as a “good friend” but rebuffed questions about him, citing the fact that Discovery must legally remain at arm’s length from CNN and the rest of WarnerMedia until the media mega-merger receives government approval.

“Jeff is a good friend of mine. I can’t speak to this issue. We don’t own the company yet. We’re not involved in any of that,” Zaslav said. (CNBC had previously reported, and CNN Business has confirmed, that Zaslav did learn of Zucker’s departure before it was announced though only hours in advance.)
When “Squawk Box” co-host Andrew Ross Sorkin asked if Zucker was “a key man in your mind for this transaction,” Zaslav said he hasn’t even reviewed the various WarnerMedia businesses yet, “and that’s because of the legal process.”
Then co-host Joe Kernen raised “conjecture that John Malone is behind the curtain,” and Zaslav said, “None of us had anything to do with it. We’re running our business.”
Malone, a media mogul and influential Discovery stakeholder, publicly criticized CNN and lauded Fox’s programming last year.
When Zucker exited CNN, the trade publication Deadline reported that Malone “made it known that corporate procedures had to be followed to the letter in regards to Zucker, we hear.”
“Being that WarnerMedia’s standards of business conduct require disclosure of relationships that develop with a boss and subordinate, Zucker’s goose was officially cooked,” wrote the reporters, Dominic Patten and Ted Johnson.
A spokesperson for Malone said on Thursday that the billionaire had no comment on Deadline’s reporting or Zucker’s exit. 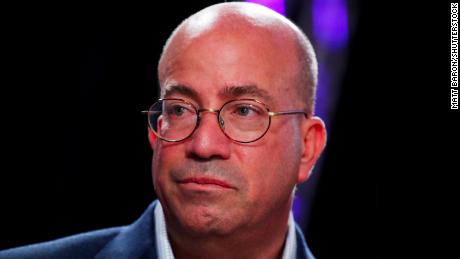 John Stankey, the chief executive of AT&T (T), was also questioned on CNBC Friday morning about whether Malone played a role behind the scenes. Stankey said “I’m not going to speculate.”
Stankey praised Zucker as a “very strong leader” of CNN and highlighted the news network’s success, pointing out “there’s a lot of people at CNN that make that success possible.”
“I think the best days of CNN are still in front of it,” Stankey said. “I think David Zaslav has ideas around where he wants to take the asset and what he wants to do as a result of that.”
Both Stankey and Zaslav emphasized the upcoming launch of the CNN+ streaming service. “They’ve been hiring great journalists,” Zaslav said.
Zaslav also described himself as a big believer in news as a part of a broader media company portfolio, citing his own history launching news brands and making the point that “people get up in the morning and they want to know what’s going on in the world.”

“For the long term,” Zaslav said, CNN “is going to be a fantastic asset.”
AT&T’s spin-off of WarnerMedia and WarnerMedia’s merger with Discovery are expected to take effect in April or May, sources previously told CNN Business.
Source: Read Full Article