Climate protesters temporarily blocked the entrance to a West Virginia power plant on Saturday to protest reported profits that West Virginia Democrat Sen. Joe Manchin earns from its coal production as well as his overall stance on coal energy.

Protesters descended upon the Grant Town Power Plant for several hours on Saturday and took part in a protest against Manchin’s coal policies and financial ties to coal production in a rally that temporarily blocked the entrance to the plant and resulted in over a dozen arrests, according to the group West Virginia Rising. 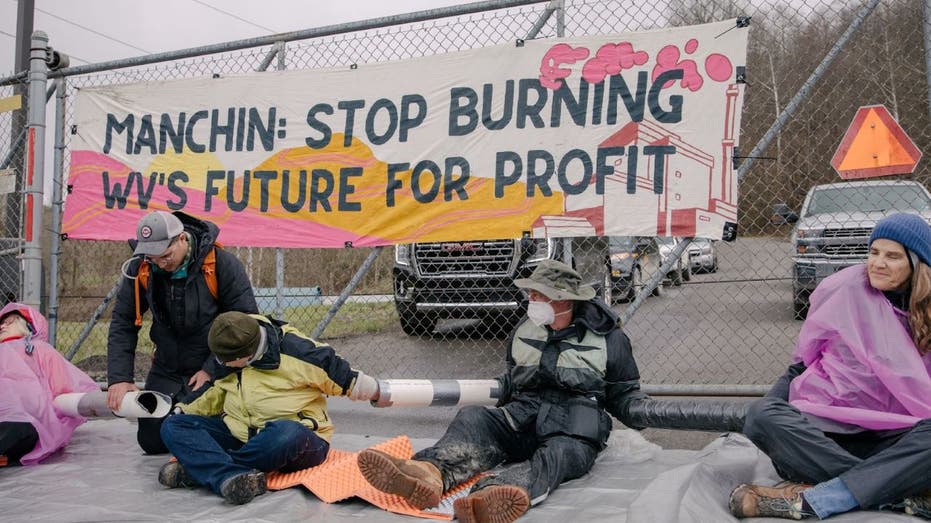 "For decades, Manchin’s company has exclusively sold the plant the dirty ‘gob’ coal waste it burns," the group said in a statement. "As an elected official on the state and federal levels, Manchin intervened to allow its construction, undermine its environmental regulation, and steeply raise the energy rates it charges West Virginians. More recently, Manchin has emerged as the key swing vote blocking federal climate change legislation." 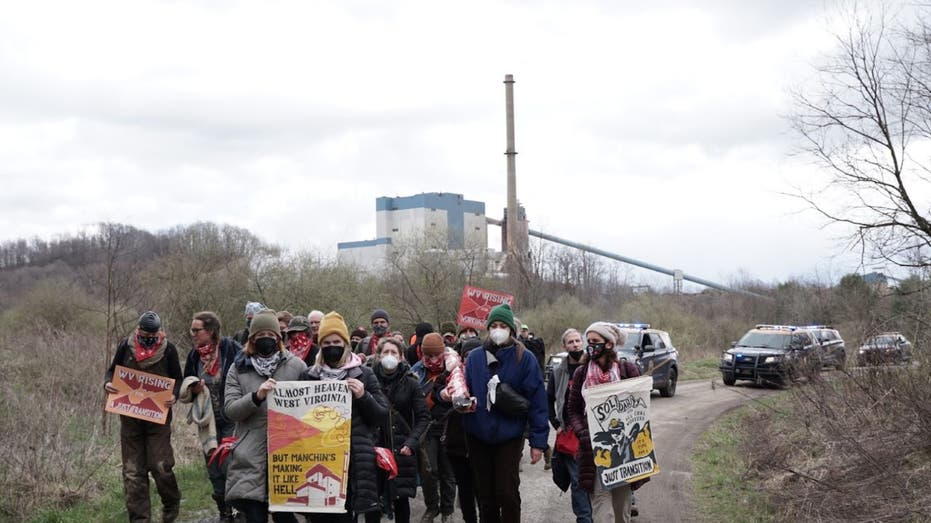 The press release, which accused Manchin of being "rich and corrupt" stated that 400 protesters attended and 16 were arrested while local media reports stated that the total number of protesters ranged in the "dozens."

The Marion County Sheriff’s Office did not immediately respond to a request for comment from Fox News Digital.

"The nonviolent protest at Joe Manchin’s dirty coal operation exposes the political cruelty of the West Virginia senator, who helped this power plant at every step of his political career, as the New York Times reported recently. But he has blocked laws to protect our climate. He has blocked accountability to protect our children. He has blocked living wages. Blocked expanding health care. And even blocked provisions in the BBB that would have helped miners Lastly, he has blocked expanding and protecting voting rights," Bishop William J. Barber II, co-chair of the Poor People’s Campaign which also contributed to the protest said.  "The things he blocks hurt the poor and low-income people of his own state. And we know that poor and low-wealth people suffer the most when Sen. Manchin cooperates with extremists and treats our children and earth as expendable line items for profit."

Grant Town Mayor Charlie Rosic told WBOY-TV earlier in the week that his town does not support the protest. 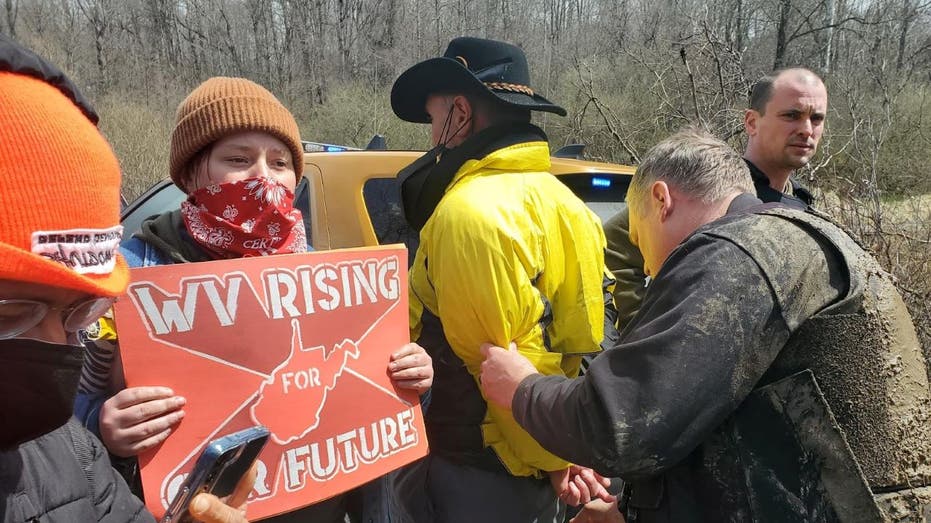 "They’re mad at Joe Manchin," Rosic said. "We have no dispute with Joe Manchin. That’s on them and the best way to take care of this kind of situation is, go vote. If you don’t like him in office, vote him out. Protests are not going to get anything done, especially here in Grant Town. They said that they’re going to put this town on the map well I believe that this town is already on the map."

Manchin has financial ties to the Grant Tower Power Plant dating back to 1987, according to a New York Times report, and has been widely criticized by climate change activists in his own party for his strong support of pro-coal energy production policies.

Manchin’s office did not immediately respond to a request for comment from Fox News Digital.