I DON’T know about you but I wouldn’t trust a 14-year-old to make beans on toast without a visit from the local fire station.

So the idea of letting Cedric and a mate nip about in a Citroen Ami fills me with dread. 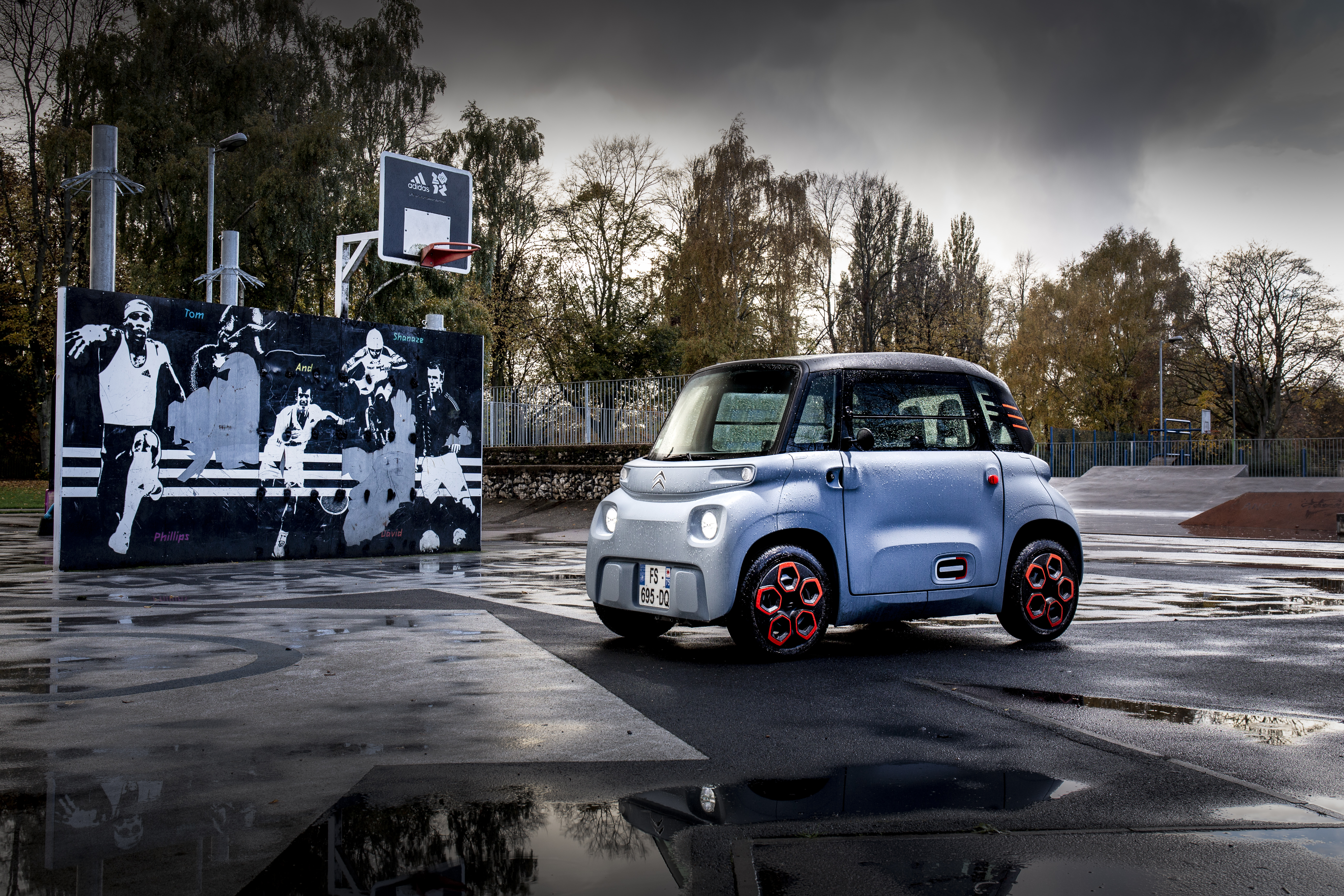 Citroen are billing the all-electric Ami as a handy get-around for 14-year-olds upwards in France.

The aim is cheap “urban mobility for all”, which is all well and good.

But we all know most kids will head straight to McDonald’s on the bypass for a milkshake.

Of course they will.

And all it takes is one trucker to sneeze and Ami’s two occupants will be road meat. 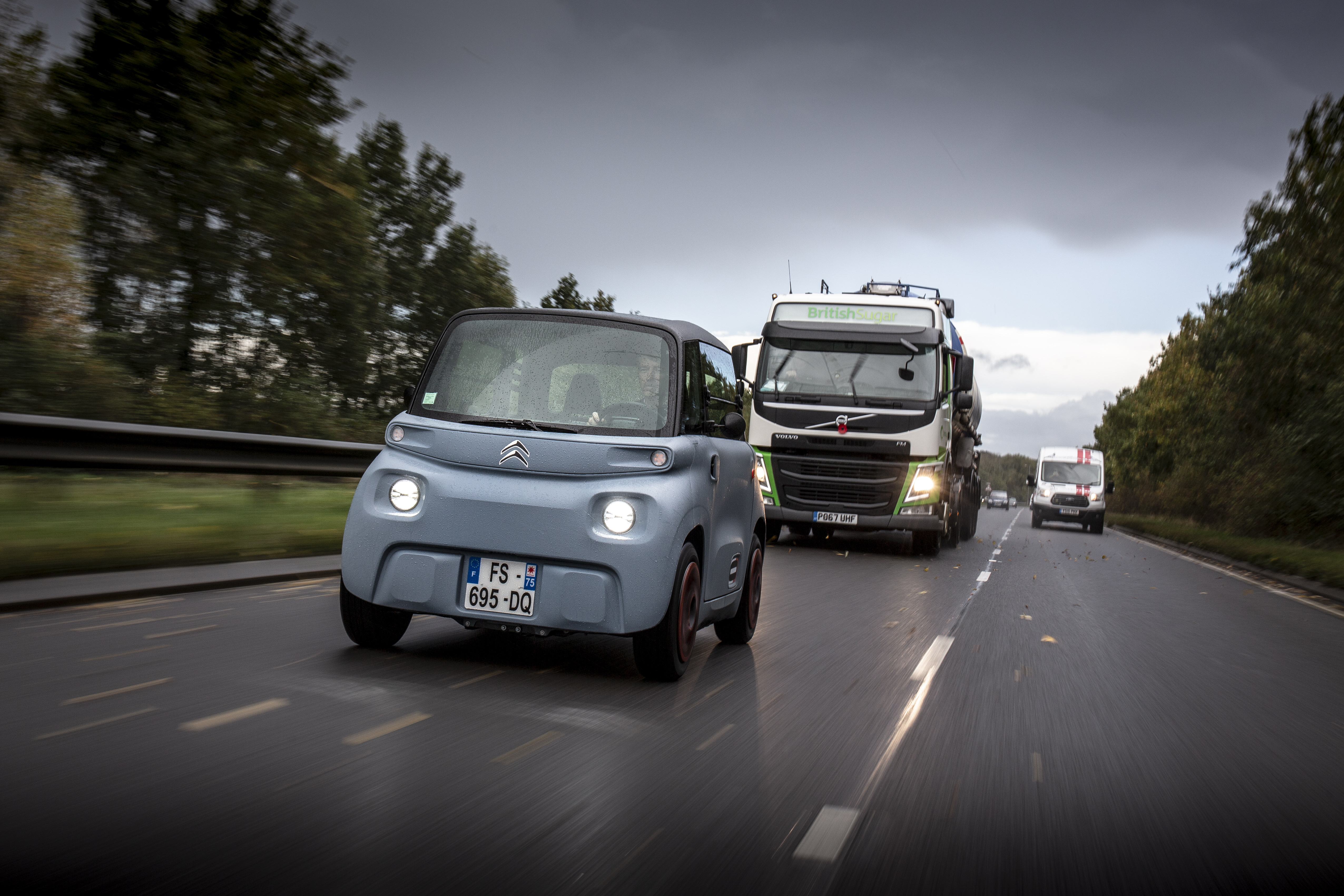 I risked it on a dual-carriageway to take these pictures — top speed 28mph — and I’m in no hurry to play human dodgeball again.

That said, in the city, with a sensible head on, Ami is a great little thing.

It’s cute and quirky and, best of all, low cost.

Citroen has yet to decide on selling it here — it probably will — but in France it costs £6,296.

Or you can hire one like a Boris bike. 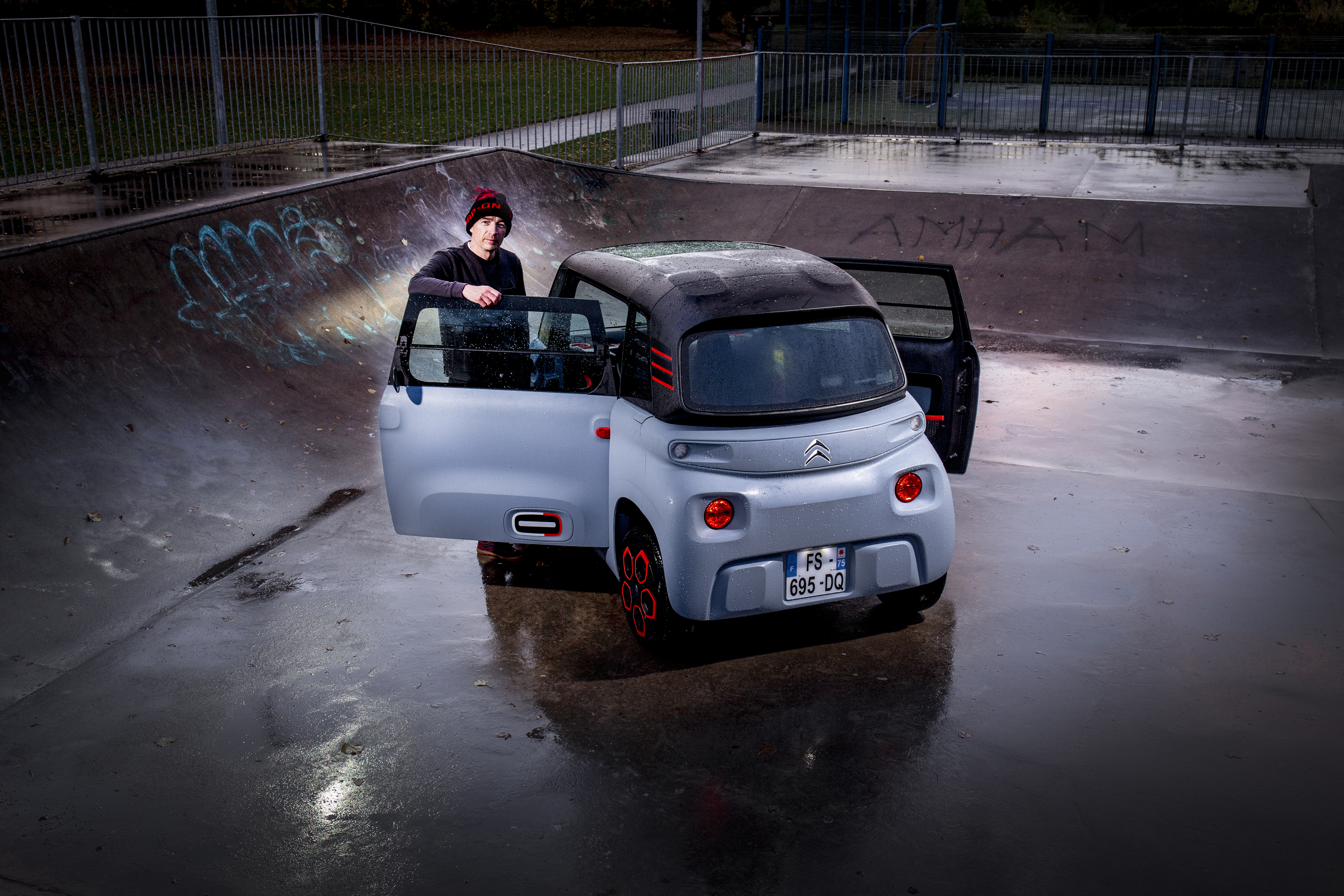 Now let’s be 100 per cent clear on the legal driving age.

In France, Ami is deemed to be a quadricycle, not a car, which means it can be driven by 14-year-olds.

In other European countries, the minimum age is 16 — but in the UK, it is 17 with a full driving licence.

The CBT test (Compulsory Basic Training) for 16-year-olds to ride a moped and drive a light quadricycle is not valid because Ami is too heavy at 485kg.

Which means you’d be better off in a proper car. 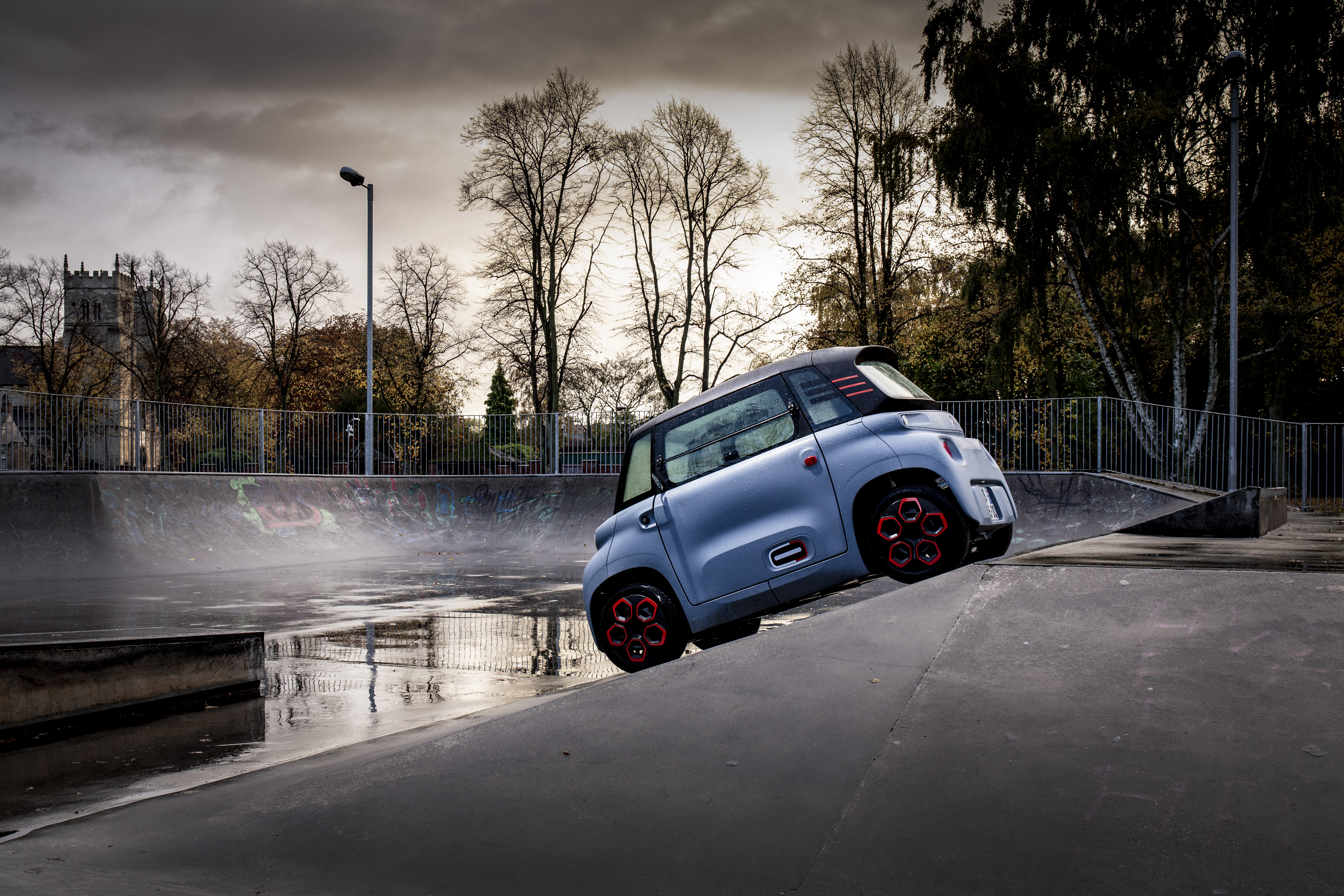 Because should the worst happen, and you do get swatted by a lorry or a bus, you are less likely to be jam.

But I will say Ami is a very clever idea, not least because it is made using the fewest parts possible, almost a third less than a car.

The doors are identical — one hinges frontward and one rearward.

The front and rear bumpers are the same. As are the underbody panels. 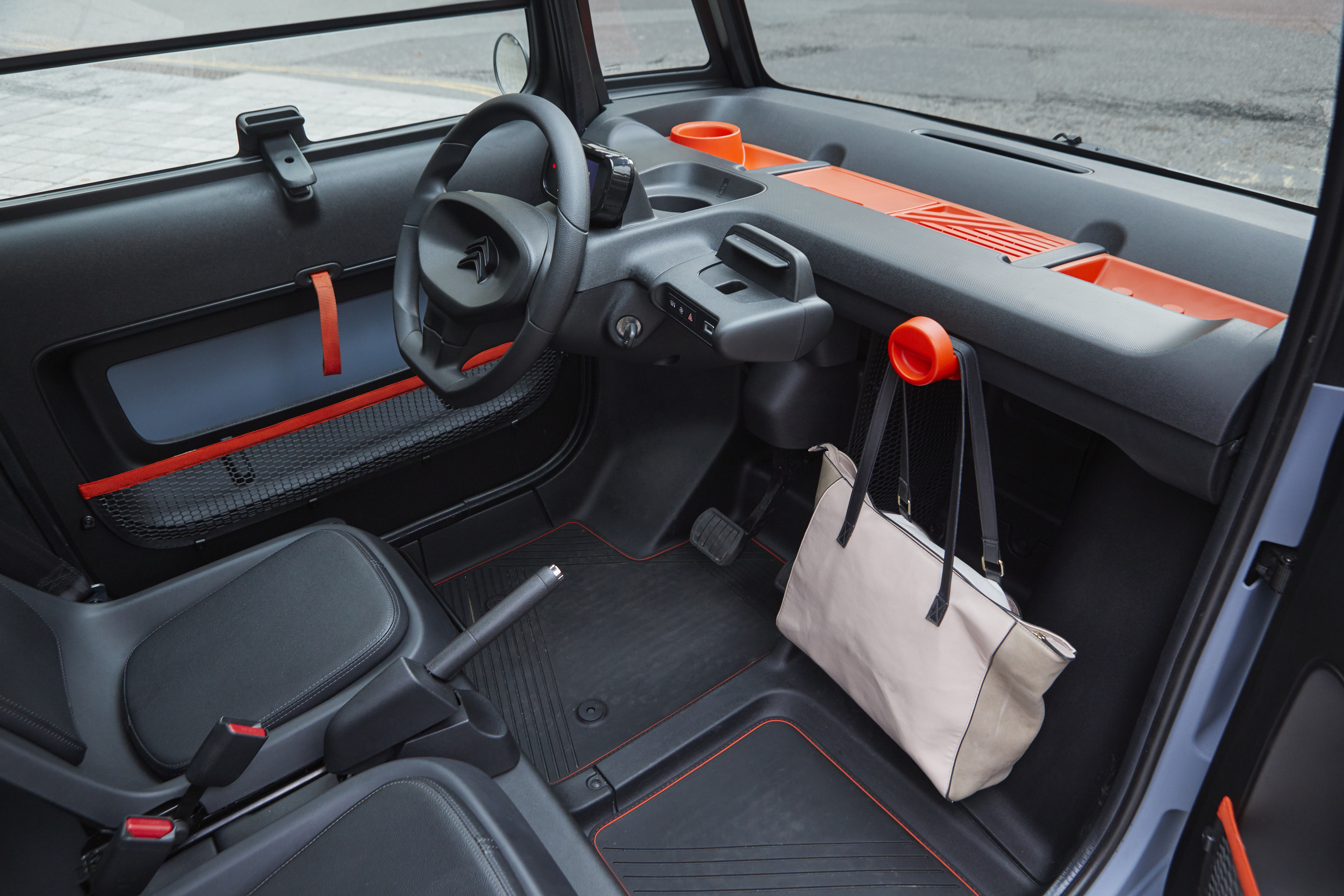 The interior is a sea of moulded plastic.

Your phone is your satnav and stereo.

The split side windows are a nod to the 2CV.

Just press D and go. It’s like driving a square dodgem with a roof and a windscreen wiper.

It recharges in three hours from a standard plug socket.

Simple and easy, then, and you won’t catch Covid from a stranger on the bus.

Maybe I’m wrong but I can’t see many teenagers choosing Ami over a moped.

Yes, Ami will keep you dry — but a moped has more pulling power, in the boy meets girl sense of the word.