Hong Kong (CNN Business)Chinese regulators have cleared the way for Tencent to take complete control of Sogou, a major search engine that could help the tech firm take on market leader Baidu.

The approval is a welcome blessing from Chinese regulators who have been cracking down hard recently on internet giants, shaking the ambitions of some of the country’s most powerful companies.
China’s State Administration for Market Regulation (SAMR) said Tuesday that it had “unconditionally approved” the buyout, which will take New York-listed Sogou (SOGO) private. The $3.5 billion deal gives Tencent (TCEHY) full control of the search firm. It is the company’s majority shareholder, currently holding about 39%.

Yeung predicted that with Sogou entirely under its wing, Tencent could eventually become the biggest search engine in mainland China — “if and only if they know how to leverage Tencent’s huge [trove] of data,” she added. Right now, Sogou is one of the country’s biggest search engines, behind longtime industry leader Baidu (BIDU).

Investors responded swiftly to the news. Shares of Tencent shot up 3.9% in Hong Kong on Tuesday, while Sogou jumped 2.5% in premarket trading in New York. The news helped other tech stocks shine, too. Hong Kong’s Hang Seng Tech Index rose 1.9% Tuesday.
The Tencent announcement “is some very welcome news in the China tech sector in the context of the recent clampdown, and has lifted sentiment across the whole space today,” said Jeffrey Halley, senior market analyst for Asia Pacific at OANDA.

The all-clear from regulators is notable at a time when China has been cracking down on Big Tech, sending a chill through markets.
Just days ago, Tencent itself was handed a setback as regulators scuttled its plan to merge two of China’s top video game streaming websites, Douyu (DOYU) and Huya (HUYA). Tencent is the largest shareholder in each.
Tencent shares slid Monday on that news. The company has lost almost $261 billion in market value since its most recent peak in January.
In a statement Saturday, the SAMR cited concerns that the video game merger would give Tencent too much control over the marketplace. Both players are publicly traded in New York, and have a combined market capitalization of $5.1 billion.
Chinese regulators have for months been cracking down on what they see as anti-competitive behavior within its borders, but over the past few weeks, the focus appears to have intensified on companies whose shares trade overseas. 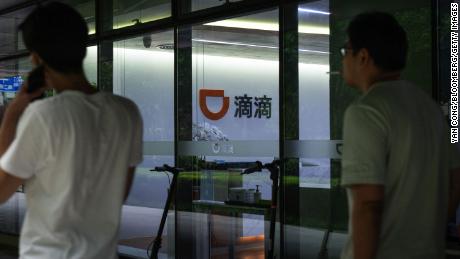 Over the weekend, the Cyberspace Administration of China — the country’s powerful internet watchdog — also proposed that any company with data on more than one million Chinese users must seek the agency’s approval before listing its shares overseas. It proposed that companies must submit IPO materials to the agency for review ahead of listing.
Yeung noted the new measures, saying that it was too early to tell how Tencent’s latest win could affect sentiment in the sector more broadly.
“[It’s] very tough to say,” she said. “I would take the wait-and-see attitude.”
Meanwhile, Halley predicted that Chinese tech stocks could continue to face pressure in the near term.

“I believe it is but a temporary reprieve,” he said of Tencent’s approval. “I believe that [Chinese] political risk will continue to act as a discounting price factor on mainland technology stocks going forward.”
— CNN’s Beijing bureau and Laura He contributed to this report.
Source: Read Full Article