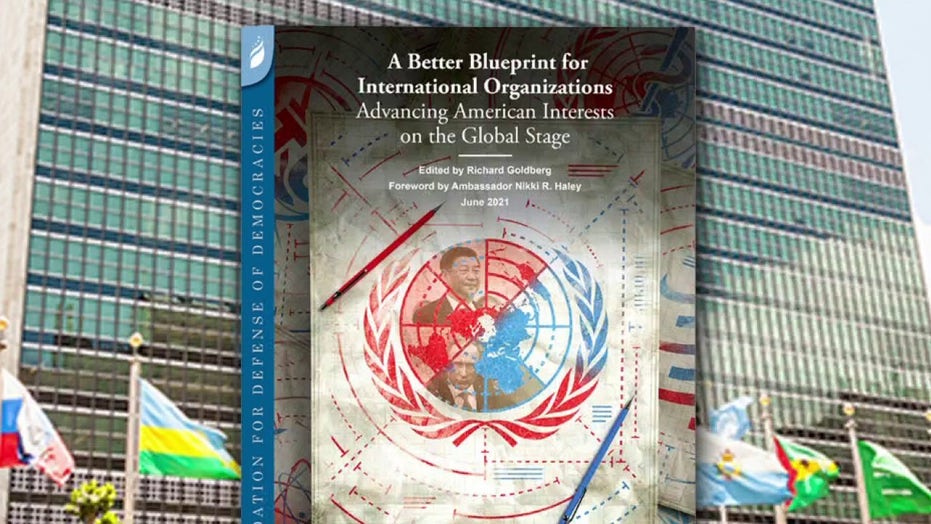 The Foundation for the Defense of Democracies issues an alarming report about Beijing’s expanding tentacles in international agencies; Eric Shawn has the Fox News exclusive.

EXCLUSIVE: China and Russia are exploiting their influence at the United Nations as part of a pushback against U.S. interests and to advance their own authoritarian interests on the world stage, according to a new report released Wednesday.

“Despite America’s status as the leader of the free world, a champion of human rights, and the largest financial contributor to the UN system, the authoritarian regimes that rule China, Russia, Iran, and other rogue states increasingly exploit the systems Washington created to maintain a peaceful international order after World War II,” the report by the Foundation for Defense of Democracies (FDD) says.

The U.S. has been tackling increasing Chinese influence at the U.N. for years, even as it pumps the most money into the institution’s various bodies. The Trump administration defunded or pulled out of a number of agencies amid fears they were anti-American and did not advance U.S. interests.

The administration pulled out of the World Health Organization (WHO) over its alleged pro-China bias in its handling of the origins of the COVID-19 pandemic and the Human Rights Council over its controversial membership and alleged anti-Israel bias, and it also pulled money from the U.N. Palestinian refugee agency (UNRWA) for anti-Israel bias. The Biden administration has moved to reverse those measures.

The report outlines how China is pursuing a “multi-pronged strategy” that includes taking control of standards-making bodies and aggressively promoting the international infrastructure program known as the Belt and Road Initiative, which has been praised by a number of U.N. officials.

The report notes how China has grown its influence and won a number of elections in order to dominate a third of U.N. specialized agencies, while picking up a slew of seats on tribunals, councils and other bodies within the U.N.

Meanwhile, it accuses Russia of using the border to cover up its non-compliance with international agreements and shielding of Syria and Iran from accountability on bodies like the U.N. Security Council.

The report calls on the U.S., including the State Department and Congress, to wage a reform battle agency-by-agency to reestablish a U.S.-led order.

The FDD report points to a number of bodies where more U.S. participation and funding cannot save those agencies, including UNRWA, the Human Rights Council, the U.N. Interim Forces in Lebanon and the International Criminal Court.

The report cites the COVID-19 pandemic and the WHO’s mishandling of it as proof that the U.S. must not wait before pushing back against malign influences from countries like  China and Russia at the U.N.

“When China is able to take control of organizations, China wins, but America and our allies lose,” FDD’s Richard Goldberg told Fox News. “What will be the next COVID-19? What will be the next international organization that has been taken over by China or Russia or other US adversaries that will work against our interests and cost, perhaps, unfortunately, more American lives, more American treasure in the future.”