A liberal think tank launched as a counterweight to President George W. Bush’s administration is filling the ranks of the Biden administration.

At least 60 alumni of the Center for American Progress have been nominated or are already working inside the White House and in agencies across the federal government, according to an Insider analysis of administration announcements and career networking sites.

They’re not just any government jobs, either: CAP alumni fill some of the most important positions in Washington. Among them are President Joe Biden’s new secretary of Veterans Affairs, the top White House economic policy advisor, and the chief of staff at the Pentagon.

Even Biden’s chief of staff, Ron Klain, served on the board of the think tank’s political arm. And CAP’s most visible member, President and CEO Neera Tanden, would be serving as White House budget director, but the administration pulled her nomination in the face of opposition from Senate Republicans.

“It’s been very important for us to have an intellectual gathering place off the Hill that we know is continuously trying to be creative about policy,” Sen. Tim Kaine of Virginia, the 2016 Democratic vice presidential nominee, told Insider in a March interview, when dozens of CAP alumni had already been hired for the administration.

When Democrats are out of power in Washington, CAP is “a great place to go to keep hope alive,” Kaine added.

Read more: Democratic frustration is boiling over as Biden administration staffing slogs along, and 2020 staffers tell Insider they feel ‘left out in the cold’

Republicans aren’t as thrilled to see former CAP staffers — many of whom served under the Obama administration — landing back in Washington’s power corridors.

“It reinforces that we’ve got probably the most liberal regime in the White House that we’ve had in a long time, if ever,” said Sen. Richard Shelby of Alabama, the top Republican on the Senate Appropriations Committee.

The staff exodus is a point of pride for CAP, which welcomes the spread of its alumni into the upper ranks of government.

For those still at the organization, the departures have meant scrambling to organize virtual going-away parties for outgoing colleagues and reshuffling responsibilities as lost staffers are replenished.

“It’s a win-win for us,” Mara Rudman, CAP’s executive vice president for policy, told Insider in an interview. “It’s no surprise to many of us that we have a lot of talented people that we feel very fortunate to draw in and would expect or hope that the skills and abilities of those people are embraced by a progressive administration.”

The White House declined to comment on the record for this story. 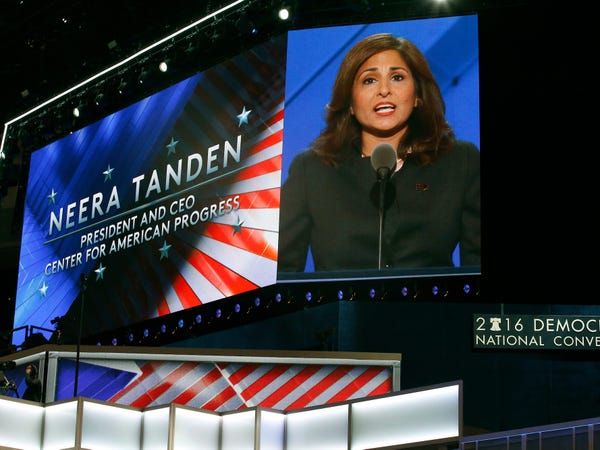 Of the 60 CAP alumni known to be serving in or nominated by the Biden administration, 21 of them were affiliated with the think tank until this year, Insider’s analysis showed.

The others include former senior fellows, policy analysts, and a handful of former CAP interns who have now landed coveted political appointments in the Biden administration.

It’s a small portion of the roughly 4,000 political appointees a new president gets to name, but it’s an abnormally large concentration from a single think tank with a staff of about 300 people.

Read more: Joe Biden is hiring about 4,000 political staffers to work in his administration. Here’s how 3 experts say you can boost your chances of getting one of those jobs.

Biden officials with ties to CAP are now working inside the White House, the departments of Agriculture, Interior, Education, State, Homeland Security, the Environmental Protection Agency, and elsewhere throughout the federal bureaucracy.

The Biden administration is also still in the process of hiring, meaning even more CAP alumni could be added to its ranks in the coming weeks and months.

Here are 11 CAP alumni who landed some of the most influential jobs in Biden’s administration:

While Biden pulled Tanden’s nomination in the face of opposition from Senate Republicans and Sen. Joe Manchin of West Virginia, the most conservative Democrat in the upper chamber, she may yet serve in the government.

Biden said he expects Tanden to land elsewhere in his administration. She continues to lead CAP in the meantime.

“Neera is — and has been — CAP’s President and CEO but we are undergoing a search for new leadership in the event she joins the administration,” a CAP spokesperson told Insider in March. There had been no update on Tanden’s status as of April 26, the spokesman said.

The proliferation of CAP staffers throughout Team Biden marks the second time a Democrat has clinched the presidency since CAP’s founding in 2003 — and the second time the new government has siphoned its talent.

“It is difficult to overstate the influence in Obamaland of CAP,” Time magazine wrote in November 2008.

In the early days of Bidenland, CAP appears poised to have just as much sway, solidifying its status as a dominant training ground for would-be administration officials and a powerful counter to the conservative think tanks, such as the Heritage Foundation, that have long fueled Republican administrations. 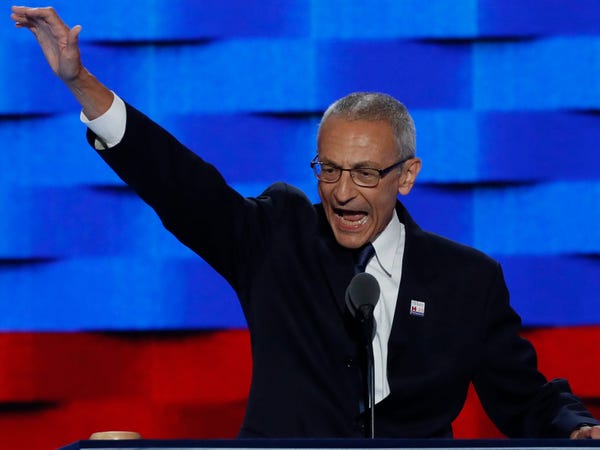 CAP launched with a staff of about 20 people and a budget of $10 million, according to a 10-year anniversary report issued in 2013.

When it launched, the entire CAP staff could meet on Podesta’s back porch. Early seed money for the organization came from liberal donors, including George Soros, Peter Lewis, and Herb and Marion Sandler, Time magazine reported.

The organization — headquartered in downtown Washington just a few blocks from the White House — now employs more than 300 people. Its total revenue in 2018 had grown to more than $44.3 million and its net assets topped $55 million, according to the group’s most recent publicly available tax filing.

Some of the liberal donors and their foundations that helped launch CAP still rank among its biggest financial backers. The think tank’s ties to left-leaning donors have long rankled its conservative critics.

Read more: Corporate America and Biden have a budding love affair. But a lot has to happen before Democrats can become the party of Big Business.

The bulk of CAP’s funding — more than 97% — came from individuals and foundations, according to the organization’s website. Less than 3% of CAP’s funding came from corporations, and the think tank says it doesn’t allow corporate donors to remain anonymous.

This story originally published on March 25 and has been updated to include new names.