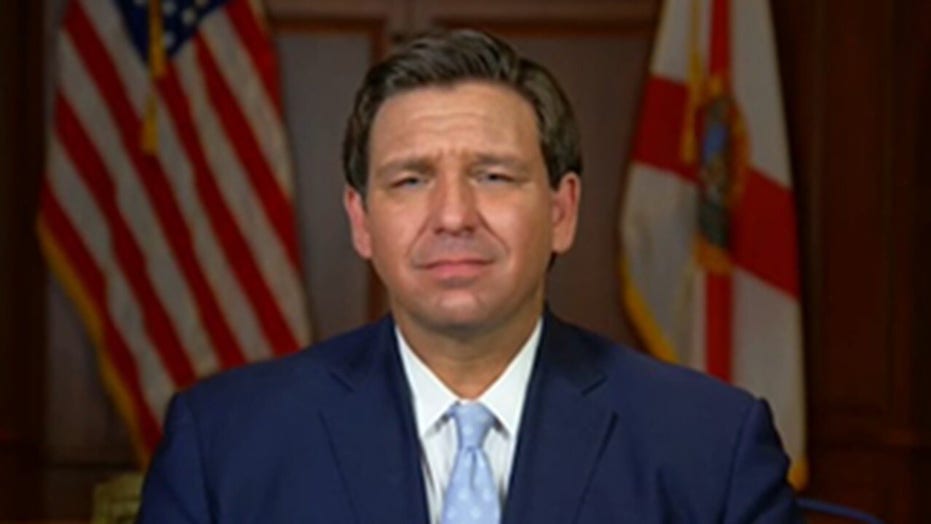 Gov. Ron DeSantis promises to keep critical race theory out of schools in Florida; ‘Fox and Friends’ hosts weigh in.

CBS News’ “60 Minutes” is being accused of deceptively editing a heated exchange between one of its correspondents and Florida Republican Gov. Ron DeSantis over an alleged “pay for play” scheme being pushed by the reporter.

On Friday, the program released a preview clip of Sunday’s broadcast, featuring “60 Minutes” correspondent Sharyn Alfonsi pressing the governor at a press conference last month over allegations that he rewarded Publix, a Florida supermarket chain, with COVID vaccines after the company made a sizable donation to his campaign.

“Publix, as you know, donated $100,000 to your campaign,” Alfonsi began in the clip. “And then you rewarded them with the exclusive rights to distribute the vaccination in Palm Beach –“

“First, of all what you’re saying is wrong,” DeSantis interrupted.

“How is that not pay for play?” Alfonsi then asked.

“That’s a fake narrative,” DeSantis replied. “I met with the county mayor, I met with the administrator, I met with all the folks at Palm Beach County and I said, ‘Here’s some of the options: We can do more drive-thru sites, we can give more to hospitals, we can do the Publix.’ And they said, ‘We think that would be the easiest thing for our residents.”

Alfonsi then narrated that Palm Beach County Commissioner Melissa McKinlay claimed DeSantis “never met with her about the Publix deal.”

“The criticism here is that is pay for play, governor,” Alfonsi told DeSantis.

“And it’s wrong, it’s wrong,” the governor shot back. “It’s a fake narrative. I just disabused you of the narrative. And you don’t care about the facts. Because, obviously, I laid it out for you in a way that is irrefutable.”

Conservative writer A.G. Hamilton pointed out on Twitter that the CBS program “cut out several minutes” of the governor’s comments explaining what led to the deal with Publix.

“First of all, the first pharmacies that had [the vaccine] were CVS and Walgreens and they had a long-term care mission, so they were going to the long-term care facilities. They got the vaccine in the middle of December, they started going to the long-term care facilities the third week in December to do LTCs,” DeSantis told Alfonsi. “So that was their mission, that was very important and we trusted them to do that. As we got into January, we wanted to expand the distribution points.

“So yes, you had the counties, you had some drive-thru sites, you had hospitals that were doing a lot, but we wanted to get it into communities more. So we reached out to other retail pharmacies: Publix, Walmart, obviously CVS and Walgreens had to finish that mission and we said we’re going to use you as soon as you’re done with that,” DeSantis continued.

The Republican went on to say that Publix was the “first one to raise their hand” to say they were ready to distribute the vaccine. They rolled out the vaccine on a “trial basis” in three counties, which was met with “100% positive” feedback from seniors.

DeSantis later added that while Palm Beach County initially “struggled” with its distribution among seniors, he noted that nearly “75%” of seniors had been vaccinated, as well as that vaccine distribution was “expanding” with CVS and Walgreens following their long-term care mission.

“They literally cut out him explaining the whole process including who was responsible for LTCs (not Publix), how Publix raised their hand as [CVS/Walgreens] was doing LTCs, how they had a trial to test it, why it worked, & how now CVS/Walgreen’s are being used now,” Hamilton tweeted.

CBS did not immediately respond to Fox News’ inquiry as to whether “60 Minutes” stands behind the edited exchange set to air Sunday.