The value of the pound dropped to a record low against the dollar after Chancellor Kwasi Kwarteng announced the new Tory mini-budget of tax cuts last week, leaving market analysts predicting interest rates to reach as high as six percent next year. The news has left homeowners and first-time buyers wondering just what it means for their existing and potential mortgage deals.

Analysts are predicting the Bank of England to continue raising its Base Rate over the course of the next 12 months, in a bid to squash inflation rates down to the Government-set target of two percent.

However, while inflation rates are currently hitting 9.9 percent – and with forecasts that it’ll hit double-digits again by the end of the year – analysts say this could see the BoE push rates up as high as six percent in 2023.

Abby Birch, financial coach at Claro Wellbeing told Express.co.uk: “With market volatility and interest rate speculation, the rates at which banks can borrow money have also seen increased volatility over the past few days.

“This means some lenders have taken the decision to review or pause their mortgage offerings as the rates they could borrow last week are no longer available.”

Virgin Money, Skipton BS, Post Office Money, Yorkshire Building Society and Vida Homeloans are just a few of the many to have withdrawn their product range when news on the pound surfaced. 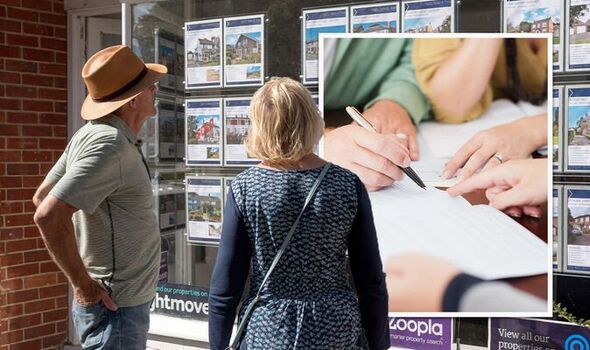 Can a mortgage lender withdraw an offer?

Yes, a mortgage lender can withdraw an offer as it’s not legally binding on the lender however, it’s more likely they’ll “honour” the interest rate the person signed up to, according to experts.

Stephen Dickinson, managing director at Momentum Mortgages told Express.co.uk: “There are certain situations where the lender may withdraw an offer, and this generally comes down to whether there has been any change of circumstances that may affect the repayment of the loan, such as a change in income affecting affordability.

“It is unlikely that mortgages already offered will suddenly be pulled especially from the larger banking institutions.”

Exploring the rules further, Jamie Megson, director of Avail Mortgage Brokers added: “Offers generally stick, and they are valid for around six months depending on lender, so they shouldn’t be withdrawn – but it is not impossible for them to be.”

DON’T MISS:
‘Pensions for now are safe’ after Bank of England ‘stepped in’ [INSIGHT]
Martin Lewis explains what to do during ‘perverse’ mortgage crisis [EXPLAINED]
Your mortgage could soar by this much with under a 6 percent rate [ANALYSIS] 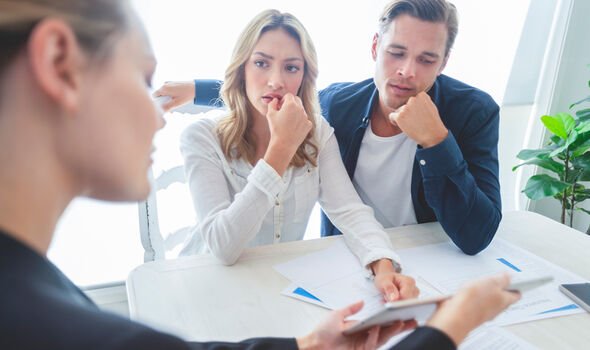 However, Polly Gilbert from mortgage brokers Tembo said: “If you have submitted a mortgage application already, your lender is likely to honour the interest rate you signed up to.

“The lender ‘buys’ the money at the time that the mortgage application is submitted, so you’re generally considered to be locked in.”

Ms Gilbert added that while a lender is able to withdraw an offer at any time right up until completion, “this happens infrequently and tends to happen for reasons that have nothing to do with interest rates, for example, if a client is found to have lied on a mortgage application or if there is a dramatic change in property value”.

For those who have already locked in an offer, Pete Mugleston, managing director and mortgage expert at Online Mortgage Advisor, said: “In addition, if you’re part way through your mortgage deal, the rate cannot change until your current offer term comes to an end.”

Due to the number of lenders that have pulled entire product lines in the past week, it’s very unlikely that a lower interest rate available a week ago shown a week ago will still be there, and affordability rules are changing quickly as lenders tighten up their criteria according to Ms Gilbert.

In view of this, she said: “Don’t make offers on properties without speaking to your advisor again. Go back to your advisor and get them to check if the borrowing is still affordable and also if the monthly repayments will still be manageable for you.”

How might the market change over the next few months?

Market analysts predict lenders will continue to withdraw fixed rates for the time being until the market stabilises, to some degree.

Mortgage Director at Hoxton Capital Maria Fadeeva said: “In the space of a few weeks, the number of options for our clients has significantly dropped. An increase in interest rates also affects the income to loan amount ratio.

“Going forward, clients will be seeing the amount they can borrow against their earnings drop, compared to earlier this year. The same can be said in regard to investment properties.

“The market is volatile and tense, just be prepared that it’s not an end to the raising rates and plan accordingly.”

The housing market may also see a dip in demand, which many have speculated could have a knock-on effect on house prices.

Mr Megson told Express.co.uk: “People simply won’t move if they don’t have to, so demand will drop. Supply may well increase as some people unfortunately may be forced to sell if they can’t afford the increases, and they may be under financial pressure to do so.

“This could see prices drop. I have seen predictions from anywhere between 10 and 25 percent but I’m unsure what these are based on because nobody knows.

“Prices have been unusually high following the property boom over the last couple of years, so in many ways people would view this as a correction to those over-inflated prices and getting back towards some level of ‘normal’ property prices.

“However, others will say a drop is a drop, and for many people this would impact their ability to move home or remortgage in the short term until prices recovered.”

What could borrowers do now to shield against higher rates?

Ms Fadeeva said: “Those borrowers whose mortgages are coming to an end of their current rate should start looking at the options right now.

“Even if the end of the rate is six to eight months away, the process can be initiated now with securing the rates by a way of application. Most mortgage offers are valid for six months from the issue and the underwriting process.”

Mr Megson advised: “Speak to a broker now – not tomorrow, not next week. If your rate is variable, or a tracker, or your fixed rate is coming to an end in the next 12 months (or maybe even longer) just ask what the impact would be on you currently, what it would be if rates hit those dreaded numbers, and what your options are.

“I’m not saying people should refinance as that depends on your specific circumstances, but I would be researching those options now.

“Even in a few hours, the pricing may be different as the banks are acting alarmingly fast this week and giving us very little notice. In some cases, no notice at all and are pulling rates immediately.

“Don’t put your head in the sand, just get some advice, plan accordingly, and don’t panic.”