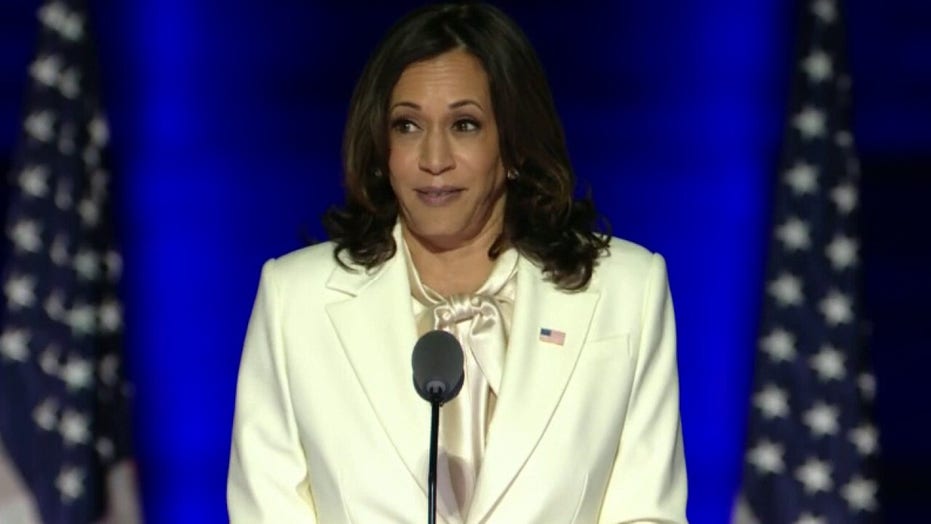 Do those interested in succeeding Vice President-elect and Sen. Kamala Harris, D-Calif., in the Senate go for it? How do they balance touting themselves for this once-in-a-lifetime opportunity without appearing too pushy? Too ambitious? Too self-centered?

This is always the conundrum when a plum opportunity presents itself in politics.

And no matter who succeeds Harris, there are going to be a lot of disappointed politicians. That’s to say nothing of various interest groups and political factions who are pushing for one person or another. Or, one type of person or another.

Only one can follow Harris. For now (more on that in a moment). Everyone else is going to be disappointed.

Perhaps the best observation on this dilemma comes from that Platonic, philosopher-king, Homer Simpson.

To quote Homer, speaking to his kids: “You tried your best and you failed miserably. The lesson is: never try.”

As colleague Mike Emanuel reported, one prominent Democrat ventured that practically the entire California congressional delegation is interested in that seat. 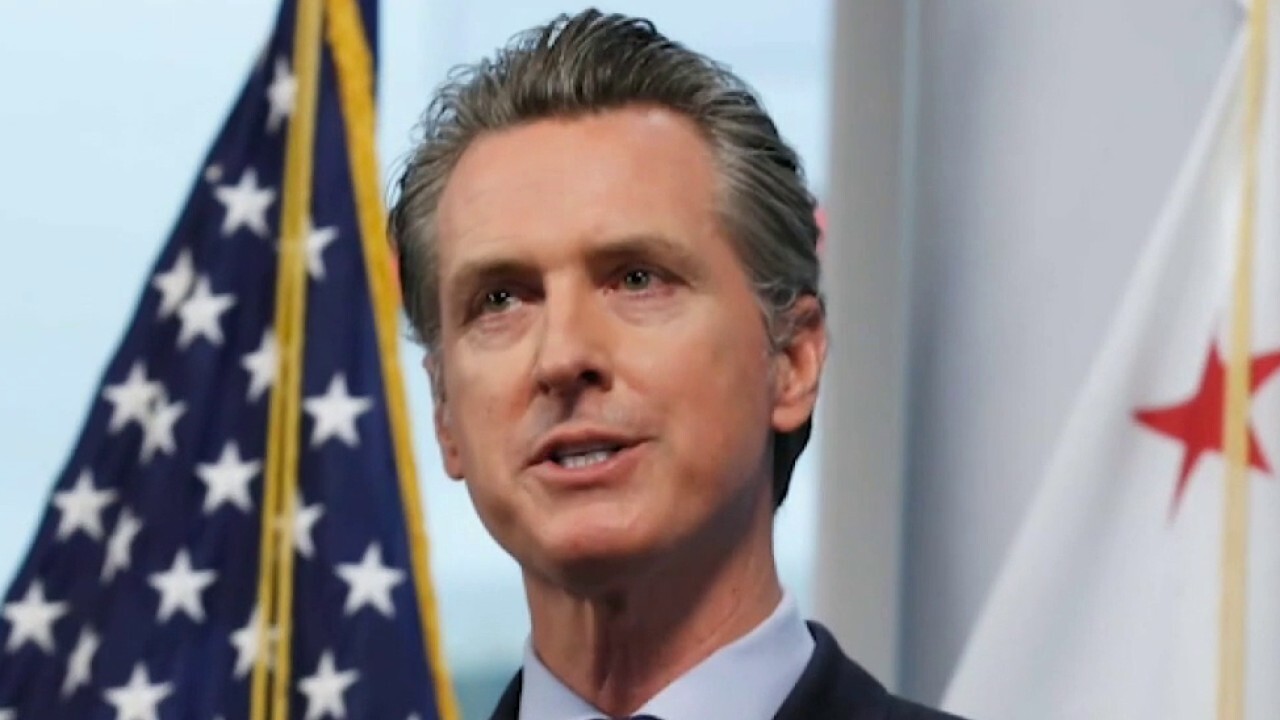 Who’s up for the job?

So let’s start with the obvious, most likely names.

Fox has been told for months that California Democratic Attorney General Alex Padilla is the odds-on favorite to succeed Harris in the Senate.

But that’s just the beginning.

Rep. Barbara Lee, D-Calif., used to chair the Congressional Black Caucus and is a veteran legislator. Rep. Katie Porter, D-Calif., has impressed colleagues with her incisive questioning during hearings, making many a witness squirm. Some have even touted former Rep. Katie Hill, D-Calif. Hill resigned after a sex scandal involving a staffer. Other names in the mix: Long Beach, Calif., Mayor Robert Garcia and Los Angeles Mayor Eric Garcetti.

And don’t forget House Intelligence Committee Chairman Adam Schiff, D-Calif. Schiff won plaudits from Democrats for his management of the impeachment trial of President Trump this year. He’s also close to House Speaker Nancy Pelosi, D-Calif. But there are optics to consider. There is intense pressure in California to tap a Latino or Latina for Harris’ sat. Forty percent of California is Latino. Replacing Harris with Schiff may not work.

“Gavin Newsom has a lot of pressure from all kinds of constituencies,” said Loyola Marymount University professor Fernando Guerra. “In this process, he will make one friend. And many enemies.”

And perhaps, maybe not even a single friend.

Fox has been told that it’s not out of the question for Newsom to appoint himself.

“He was really hamstrung by Harris becoming vice president,” said one Democratic Congressional source of Newsom. “He wants to be president.”

So, could Newsom just claim the job anyway?

“Being governor (of California) for the next two years is not a great job,” said the source, citing the state’s budget woes and the pandemic. Maybe it’s better for him to head to Washington.

Then again, Newsom faces another headache. He violated his own, statewide COVID protocols for a birthday dinner at the French Laundry – a Michelin star restaurant in Napa Valley.

Geography is a factor in all of this, too. Southern California has more people. But someone from southern California hasn’t represented the Golden State in the Senate since former Sen. Pete Wilson, R-Calif., in the early 1990s – and he was from San Diego. The Los Angeles metro area has long felt left out compared to the Bay Area to the north.

“We are one state. We love California. But if you're here in Los Angeles, you hate the Giants and the 49ers. If you're in the Bay area, you hate the Angels and the Rams and the Lakers,” said Guerra. “So there is a competition. And that goes into politics.”

Slip down the rabbit hole for a moment.

Let’s say it is Padilla. There are concerns that Padilla may not be progressive enough to satisfy California’s liberal groups. Could that be enough to torpedo him as a possibility? Even if it means sidelining a Latino?

And contrary to popular belief, the first Latinos served in the Senate nearly a century ago. New Mexico voters elected Sens. Octaviano Ambrosio Larrazola (R-NM) and Dennis Chavez (D-NM) in the 1920s and 1930s.

Could Newsom go in a completely different direction?

“Oprah Winfrey,” augured Guerra. “It’s not unusual in California for us to elect a celebrity or a billionaire. She’s both.”

Of course, it would be better for Newsom if he could check more than one box filling Harris’ seat.

And that option may not be far-fetched.

Multiple congressional sources tell Fox that they expect the 87-year-old Feinstein to retire before the end of her term. Feinstein was reelected in 2018 and is the oldest sitting senator.

Does such a scenario unfold sooner? Or later? Could Feinstein just bow out? Or, could she depart the Senate for a short-term, non-confirmable position in the Biden administration, working on firearms, immigration or prison reform?

There was significant outcry from progressives over how Feinstein handled the confirmation hearings for Supreme Court Justice Amy Coney Barrett. Feinstein’s currently the top Democrat on the Judiciary Committee. Many liberals criticized Feinstein for not being more aggressive in the hearings. They were particularly outraged when Feinstein hugged Senate Judiciary Committee Chairman Lindsey Graham, R-S.C., at the end. They were apoplectic when Feinstein complimented Graham. She told her counterpart that the Barrett exercise was “one of the best sets of hearings that I’ve participated in.”

Liberals demanded that Senate Democrats remove Feinstein as the top Democrat on the Judiciary panel.

Regardless, the possibility of two open Senate seats could help soothe concerns among different factions of California Democrats. It’s always nice to have options. Newsom could choose between a moderate Democrat and a liberal Democrat. Or satisfy the northern/southern geographical with a senator from Los Angeles and one from San Francisco. Or, tap a Latino/Latina and an African American.

But this is Newsom’s headache. And his alone.

“I don’t know why Gavin (Newsom) wouldn’t claim one of these two seats for himself,” said one Democratic congressional source.

But let’s concentrate for the moment on the Harris seat. Whoever Newsom appoints has to run for reelection in 2022. And if California Democrats don’t like who he picked, they can try again.

Unless they adhere to Homer Simpson’s adage: Never try.