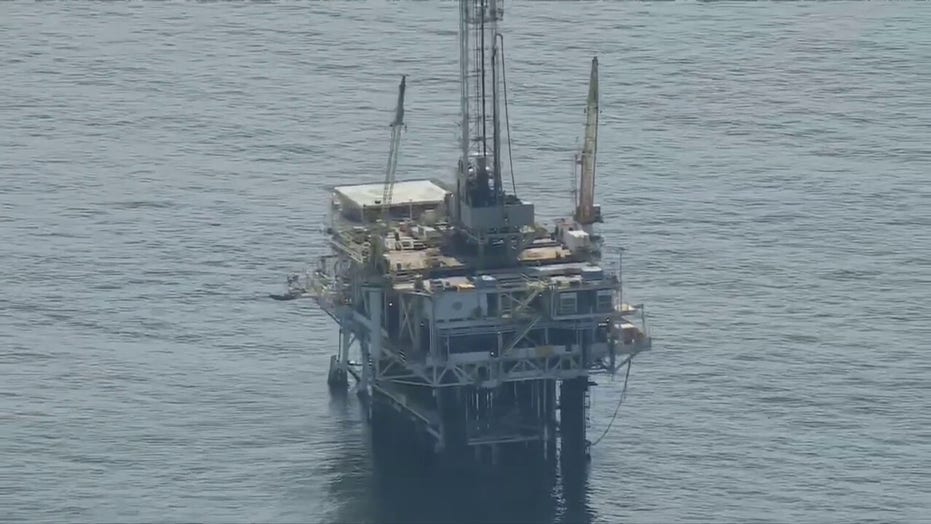 The California Department of Justice is investigating an oil leak that sparked fears of an environmental disaster near Huntington Beach, California Attorney General Rob Bonta said on Monday.

Bonta said authorities would work to determine what caused thousands of gallons of crude oil to leak from a pipeline owned by Houston-based firm Amplify Energy and whether anything could have been done to prevent the spill.

“The oil spill off the coast of Huntington Beach is an environmental disaster with far-reaching consequences for our fish and wildlife, for our communities, and for our economy,” Bonta said in a press release. “I want to thank all our local, state, and federal partners who are working around the clock to protect the health and safety of Californians and to mitigate the damage to our environment and natural resources.” 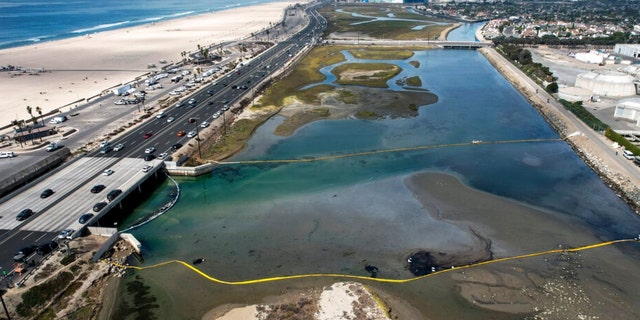 An aerial photo shows floating barriers known as booms to try to stop further incursion into the Wetlands Talbert Marsh after an oil spill in Huntington Beach, Calif., on Huntington Beach, Calif., on Monday, Oct. 4, 2021. A major oil spill off the coast of Southern California fouled popular beaches and killed wildlife while crews scrambled Sunday, to contain the crude before it spread further into protected wetlands. (AP Photo/Ringo H.W. Chiu)

“In times of crisis, it takes all of us — working together — to get the job done. My office is committed to devoting the people and the resources necessary to ensure this environmental disaster is fully investigated, and we will follow the facts wherever they lead us,” he added.

Bonta has yet to specify whether the investigation is criminal or civil in nature, the Los Angeles Times reported.

Huntington Beach reopened to the public on Monday after water quality tests did not detect oil-related toxins. The reopening followed a days-long cleanup effort along the coast to address the spill, which was first reported on Oct. 2. 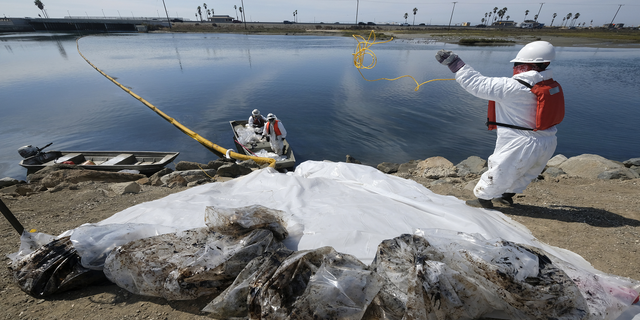 The spill prompted renewed calls among environmental activists and some Democratic lawmakers to end offshore drilling.

“The trade-off between oil production and environmental harm is simply not one we should be making any longer, especially given how fossil fuel emissions are exacerbating the climate crisis,” California State Sen. Alex Padilla, a Democrat, said in a statement.

Officials said the leak may have occurred after a ship’s anchor caused damage to the pipeline, but authorities have yet to announce a definitive finding. The Coast Guard estimates between 25,000-132,000 gallons of crude oil leaked into the ocean.

The Coast Guard and the Orange County district attorney’s office also have active investigations into the leak.