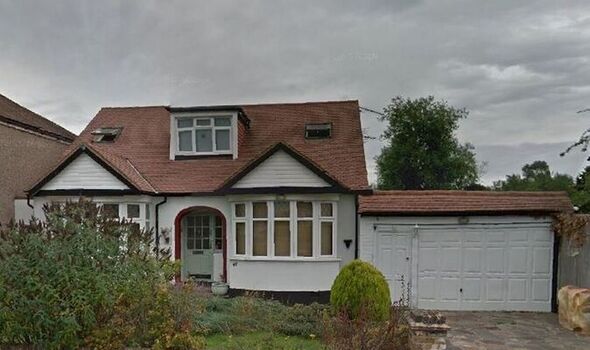 This unassuming bungalow became a secret spy outpost for the Russians to smuggle sensitive information about the British government back to Moscow.

Peter and Helen Kroger, whose real names were Morris and Lona Cohen, purchased the bungalow in the mid-1950s and moved in as a cover for their clandestine operations.

Neighbours understood them to be bookshop owners until 1960 when the Cohen/Kroger couple were arrested after police searched the property in plush Ruislip, west London.

The officers found spy equipment and a secret trap door under the fridge, reports Mirror.

It is understood the couple were snagged after a tip-off, following around five years of clandestine operations.

Cohen/Kroger were told they’d spend the next two decades behind bars. They were released early as part of spy swaps with the Soviet Union but both died in the 1990s in Moscow.

British Security Service, better known as MI5, released a remarkable tranche of records about the spy ring in November 2017.

Houghton was recruited by Polish intelligence in the 1950s and later handed to the Russians to find out top-secret information on the British government.

Between January and November 1952, Houghton became “prolific” at feeding intelligence to his Soviet handlers, according to the MI5 history.

In this time alone, he shared 99 secret documents with them, including a manual of naval intelligence.

In 1953, the spy returned to the UK and started work at what was then the navy’s Underwater Detection Establishment base in Portland, Dorset alongside Lonsdale and Gee.

He continued leaking information to the Russians and stepped it up a gear when he began an affair behind his wife’s back with colleague Ethel Gee, who had access to more sensitive documents.

Houghton’s then-wife contacted the admiralty with her suspicions about her husband in 1955. However, he continued to leak information until 1960 when the ring was exposed by a Polish defector.

It was then revealed that Houghton and Gee would travel to London together at weekends, pretending to be a married couple in order to keep themselves anonymous.

On their visits to the city, they would meet intelligence agent Lonsdale, whose real name was Konon Molody.

Molody was a KGB “illegal”, an undeclared spy with a false identity, who was running Houghton and Gee and the Cohen/Kroger couple for the Russians.

On January 7, 1960, Special Branch officers arrested Houghton, Gee and Lonsdale near the Old Vic theatre in London where they were found to be in possession of secret navy documents.

In court, Lonsdale refused to reveal his real name, even as he was sent down for 25 years.

Houghton and Gee were given 15 years each but released after 10.