There will be no reckoning at the Republican National Committee.

Three months after former President Donald Trump helped incite a violent attack against Congress, the GOP is bringing hundreds of donors and several future presidential prospects to the former president’s doorstep in south Florida. While a handful of Republican leaders hope to move past Trump’s divisive leadership, the location of the invitation-only gathering suggests that the party, at least for now, is not ready to replace Trump as its undisputed leader and chief fundraiser.

Trump himself will headline the closed-door donor retreat, which is designed to raise millions of dollars for the GOP’s political arm while giving donors exclusive access to the party’s evolving group of 2024 prospects and congressional leaders. The weekend event will play out in an oceanfront luxury hotel just four miles from Trump’s Florida estate, where allies of the former president will simultaneously be holding their own fundraising events. 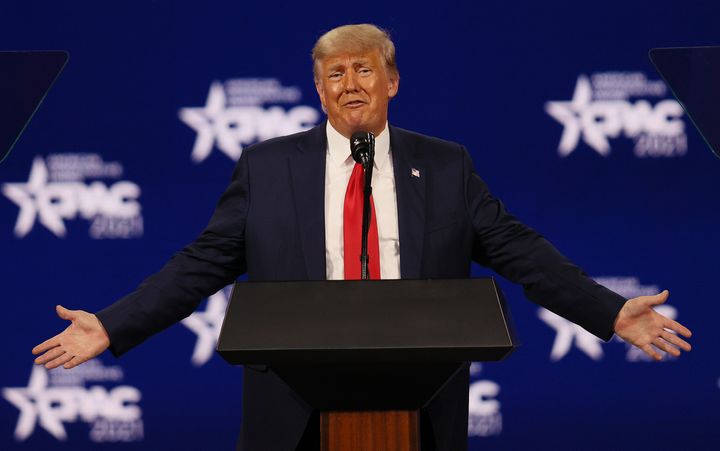 “The venue for the quarterly meeting along with Trump’s keynote speech at CPAC shows that the party is still very much in Trump’s grip,” said one of the invitees, GOP donor Dan Eberhart, referring to Trump’s February address at the Conservative Political Action Conference in Orlando, Florida. “The party doesn’t seem to have the ability to hit escape velocity from its former standard-bearer.”

Trump’s continued hold on Republican donors and elected officials ensures that Trumpism will remain the driving force in GOP politics indefinitely, even as Trump repeats the falsehood that fueled the Jan. 6 insurrection. In several public statements and appearances since leaving office, as recently as last weekend, Trump has declared that the 2020 election was “stolen” from him.

There is no evidence of significant voter fraud. In fact, several Republican governors and leading Trump administration officials have vouched for the integrity of President Joe Biden’s victory.

Trump’s legal claims were roundly rejected by the courts, including by Trump-appointed justices at the Supreme Court. But, absent a consistent party message following Trump’s loss, a clear policy agenda or a coherent strategy to expand the GOP’s appeal, leading Republican elected officials and the RNC have increasingly embraced election fraud as a chief policy priority.

The lineup at the weekend gathering notably excludes any leading Republicans who have pushed back against Trump’s claims or supported his impeachment. Those who aren’t expected to appear include Senate Minority Leader Mitch McConnell, No. 3 House Republican Liz Cheney, Utah Sen. Mitt Romney or Maryland Gov. Larry Hogan. 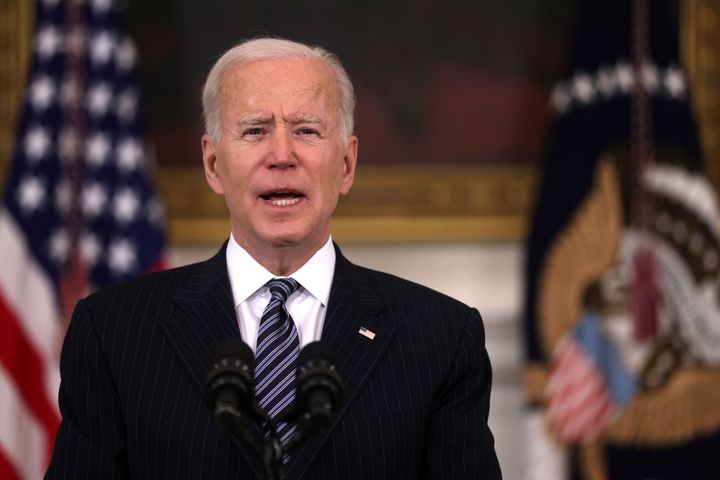 The gathering will instead feature Trump himself and a slew of candidates already positioning themselves for a 2024 presidential bid, assuming Trump himself does not run again. The potential White House contenders include Florida Gov. Ron DeSantis, South Dakota Gov. Kristi Noem, former Secretary of State Mike Pompeo and Arkansas Sen. Tom Cotton. Also scheduled to speak are House Minority Leader Kevin McCarthy and Sens. Rick Scott and Marco Rubio of Florida and Lindsey Graham of South Carolina.

The weekend’s agenda will focus on party unity and how to expand the GOP, with sessions planned on the topics.

RNC member Henry Barbour, who helps lead the committee’s small-dollar fundraising apparatus, suggested the retreat was not set in Palm Beach to cater to Trump. He noted that such events are typically held in states such as Florida, New York, California and Texas.

With COVID restrictions, Barbour said, “The RNC has limited options.”

The RNC has booked the entire Four Seasons Resort on Palm Beach for the weekend gathering, and there will be donor events at Trump’s nearby Mar-a-Lago estate to raise money for groups focused on Trump’s political future and policy priorities.

At the same time, a handful of leading Trump allies — including embattled Georgia Rep. Marjorie Taylor Greene and embattled Florida Rep. Matt Gaetz — will appear at a weekend conference of their own at Trump’s Doral golf resort 70 miles to the south in Miami. The host organization, Women for America First, helped organize the Jan. 6 rally that preceded the deadly attack on the Capitol.

Former RNC staffer Tim Miller, who has emerged as a leading Trump critic in recent years, lamented the GOP’s continued coziness with the former president even after his role in the insurrection.

“There was a real opportunity in this three-month window, from Jan. 6 to now, for the party to make a concerted effort to say, ‘It’s time to move on,’” Miller said. “But they didn’t choose to do that. This is who the party is.”

And while the GOP is embracing Trump, it’s not clear that Trump is embracing the GOP. Just a month ago, Trump’s political action committee sent letters to the RNC and others asking them to “immediately cease and desist the unauthorized use of President Donald J. Trump’s name, image, and/or likeness in all fundraising, persuasion, and/or issue speech.”

GOP officials have repeatedly tried to downplay the fundraising tensions and see Trump’s participation as a sign that he is willing to lend his name to the party. At the same time, Trump continues to aggressively accumulate campaign cash — cash that the RNC, or the party’s next presidential nominee, does not control — including this week’s relaunch of his online merchandise store.

Former Trump aide Hogan Gidley suggested Trump is as powerful as ever.

“People in D.C., inside the Beltway, think Donald Trump is radioactive,” Gidley said. “The Republican Party has grown, and it’s because of Donald Trump’s successes. To ignore that, you do so at your own peril.”