YOUTH is wasted on the young, said Oscar Wilde.

I think anyone over 40 will know what that means. 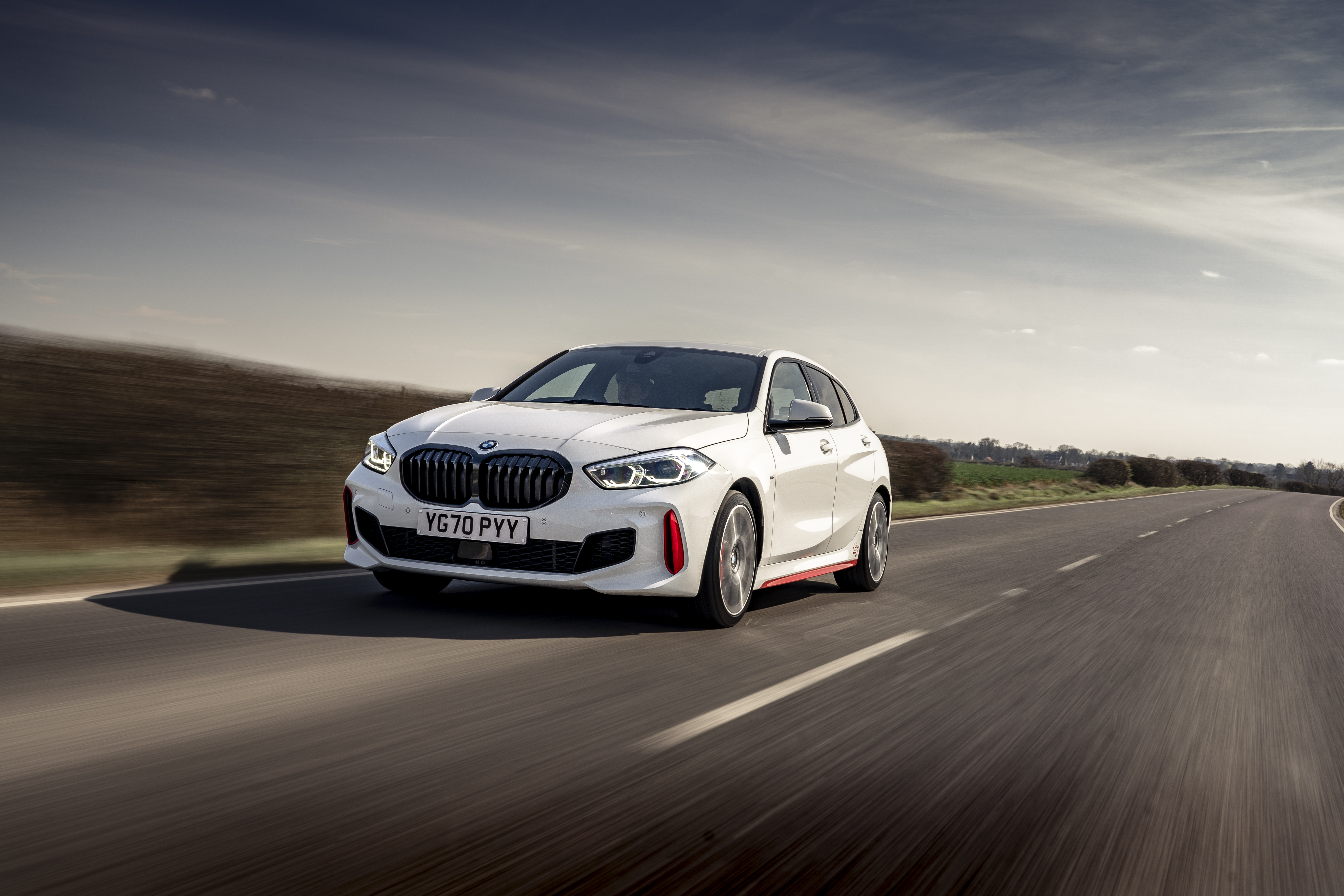 Take my daughter and her mates: All in the prime of life at 21.

But for some reason when it comes to a night out, they come downstairs looking like the cast of RuPaul’s Drag Race.

I suppose there is no telling kids of that age that less is more. You are enough.

But BMW should know better. 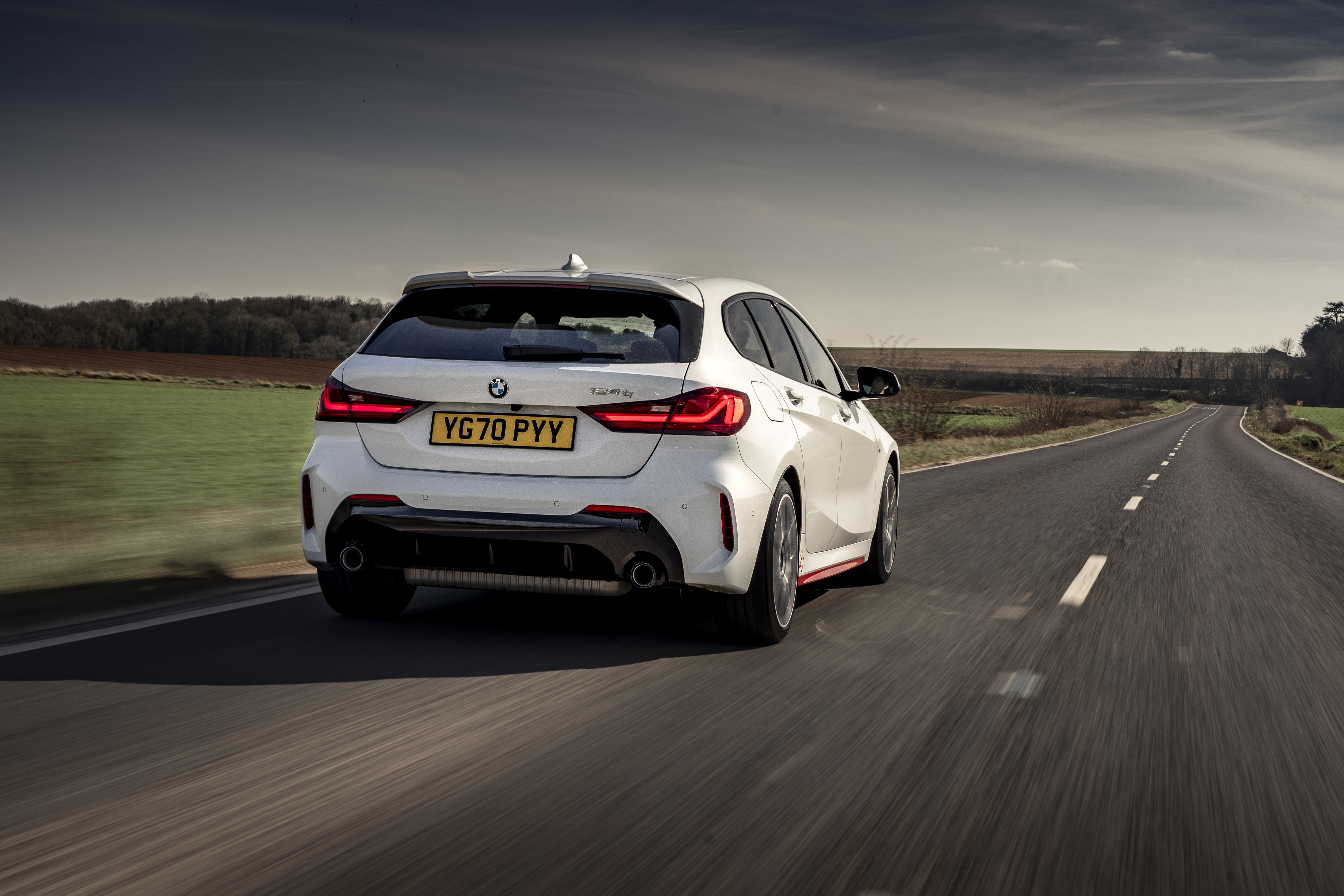 The 128ti you see here today is a brilliant car, looks the business . . . but it’s been smeared with red lipstick.

Sorry, BMW. No. You are trying too hard.

The range-topping M135i xDrive came first and is the thinking man’s hot hatch. The polar opposite to the shouty Honda Civic Type R.

Whereas this junior 128ti is cheaper and will have more cred with the Maccy D’s car-park crew. 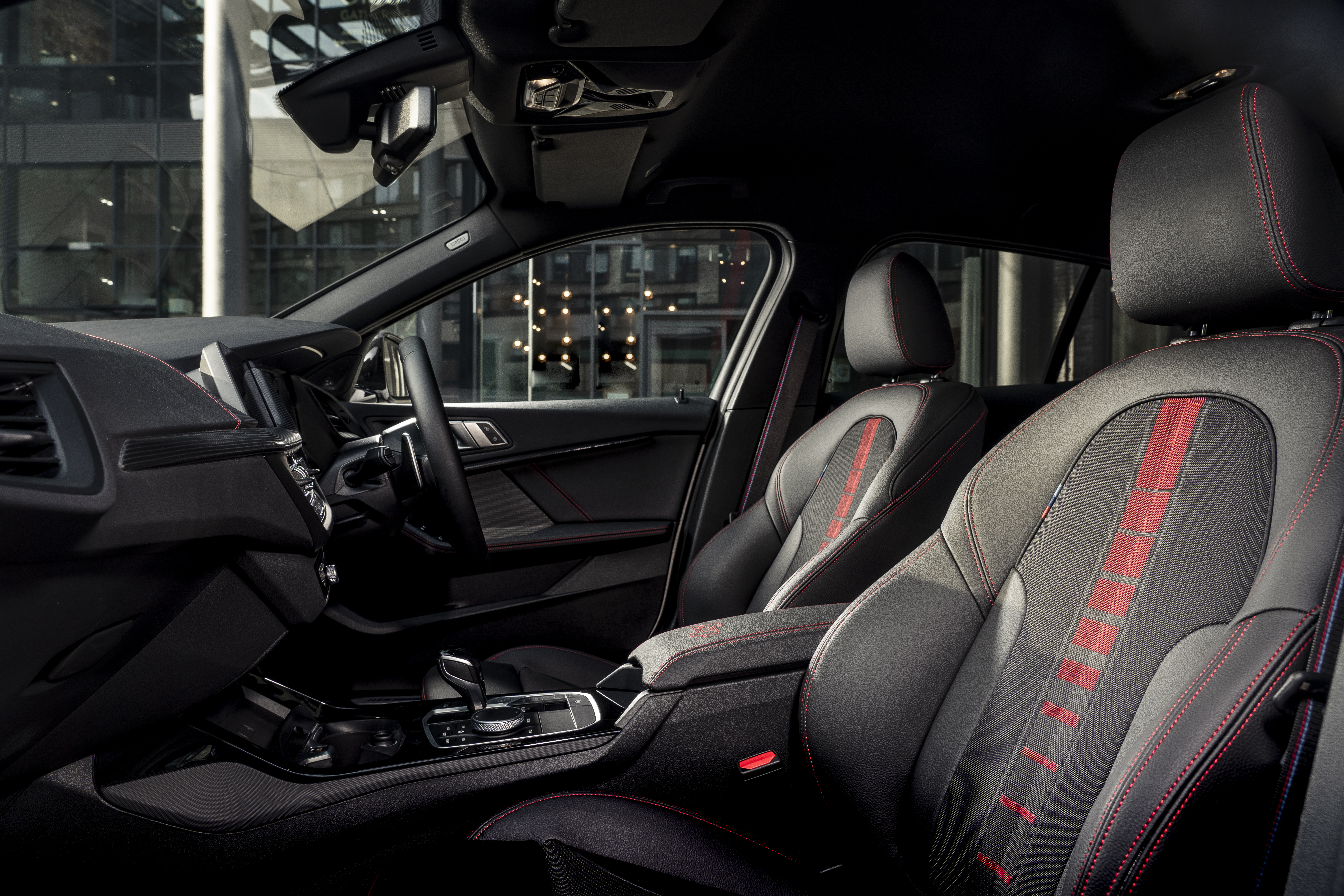 Rimmel make-up aside though, everything else that really matters has been executed brilliantly. Everything on point.

Calm and quiet when cruising and fast and precise when hurried.

The cabin is class and the driving position is just sublime.

By the way, “ti” stands for Turismo Internazionale, which doesn’t sound very German but revives a famous name last used by BMW in the Nineties.

Now, let’s chew over the technical differences between 128ti and the M135i xDrive. 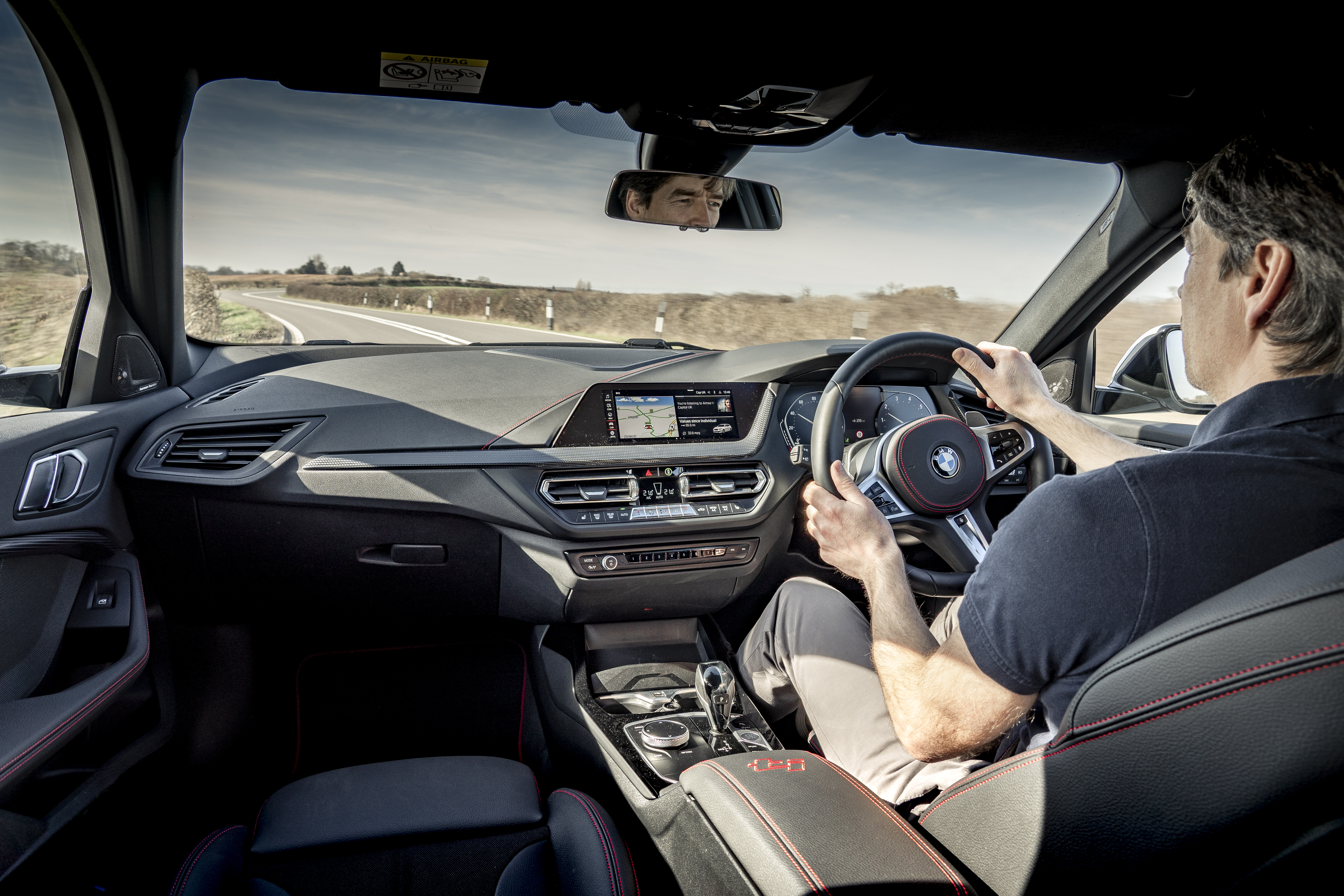 But it’s worth noting the 128ti is 80kg lighter, which means the power-to-weight ratio is actually much closer.

Put all that together and the result is a car that feels controlled and measured and engaging but doesn’t want to rip your arms off.

Better than a Golf GTI? For power and poise, yes. But also for price and that posh interior. Pretty much every department, then. 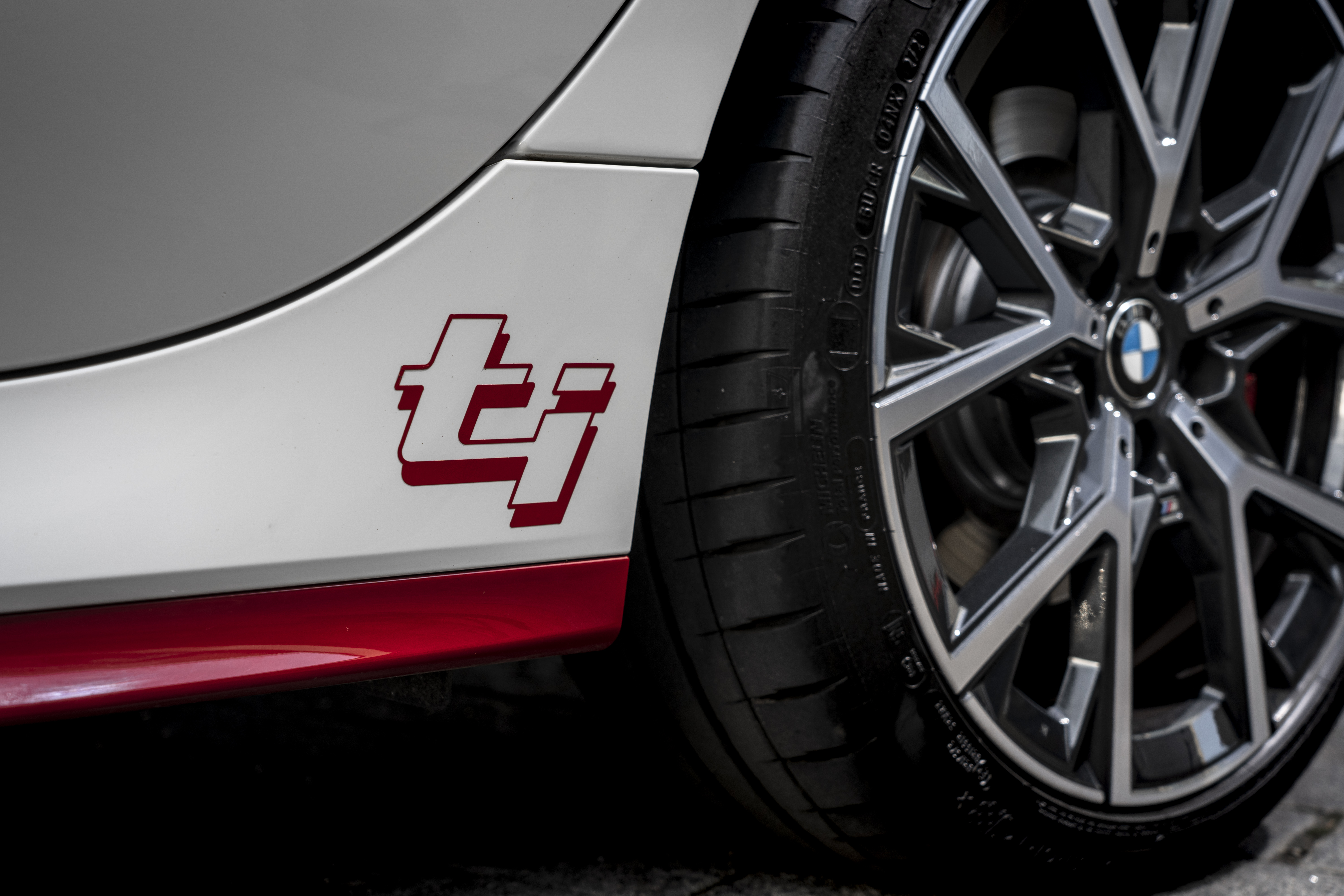 Hang on, this car just got even better.

I’ve just realised you can order one WITHOUT the red lipstick. Do that and you’re golden.

Lose the fake lashes, Emily, and you’d be golden too.