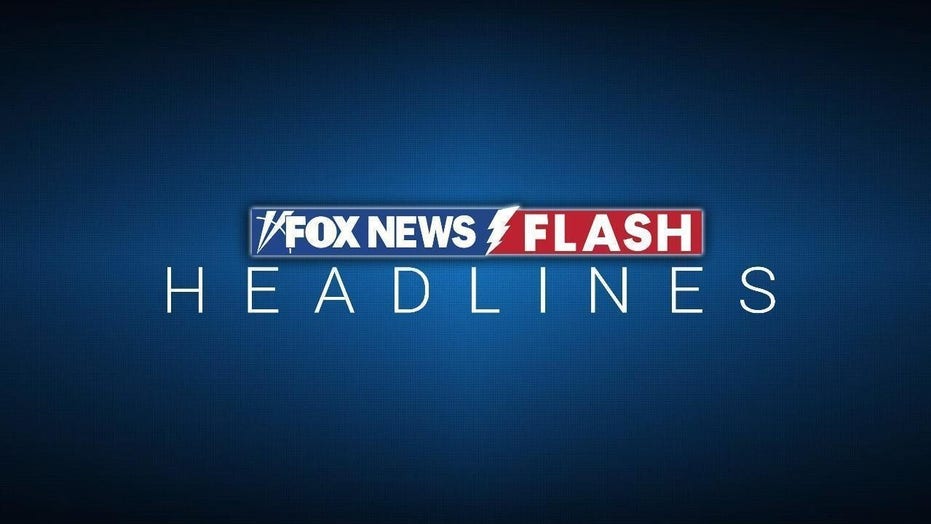 A Bloomberg op-ed published on Monday claims Tesla CEO Elon Musk could be “bad news” for free speech as the newest member of the board of directors at Twitter.

The column, penned by Bloomberg Opinion senior columnist and MSNBC political analyst Tim O’Brien, discussed Musk’s recent purchase of a 9.2% stake in the company, which came roughly a week after the billionaire criticized Twitter for a lack of commitment to free speech. However, according to O’Brien, free speech advocates should be worried that Musk cares less about upholding the First Amendment, and more about bringing the social media platform “to heel.” 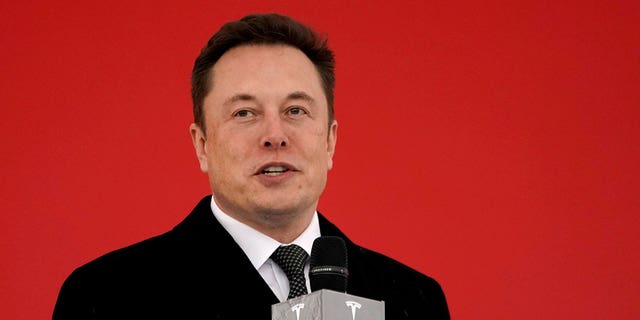 Elon Musk once joked he’s "not perverted enough to be on CNN" as the liberal network struggles through a series of embarrassing scandals.
(REUTERS/Aly Song/File Photo)

“I suspect there’s something more serious informing Musk’s decision to invest in Twitter, even if he revels in buffoonery: Maybe he wants to bring Twitter to heel,” he wrote. “Does Musk want to take over Twitter? I don’t think so. The company’s financials aren’t great, and running social media companies is hard. Does Musk want to name some people to Twitter’s board of directors? Maybe. That would allow him to have some say over its affairs without spending too much time or money.”

O’Brien argued that Musk, not motivated by money, is in it to “scare Twitter’s management.”

“That’s worrisome because it’s not ideal to have a free speech absolutist who isn’t absolutely in favor of free speech at the helm of — or even close to — a media company,” he wrote. “Musk has already received a nice pop on his Twitter stake. The shares jumped 26% on Monday after his investment was disclosed in a regulatory filing. He’ll stick around longer, of course, and speculation that Twitter may be in play will further inflate his holdings. 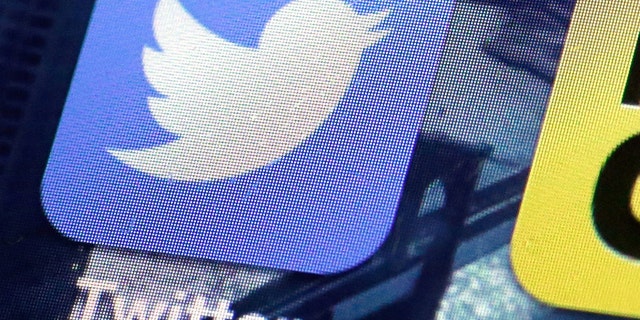 “But Musk probably isn’t in this for the money. He’s in it to make a point. And he’s in it to scare Twitter’s management. Somebody who has complained that his free speech is being ‘chilled’ should, perhaps, be sensitive to those nuances,” he added.

The column, which was aggregated by the Washington Post on Tuesday, eventually caught Musk’s attention after a screenshot of the headline ‘Elon Musk’s Twitter Investment Could Be Bad News for Free Speech’ was posted on Twitter by business tech entrepreneur Marc Andreessen. 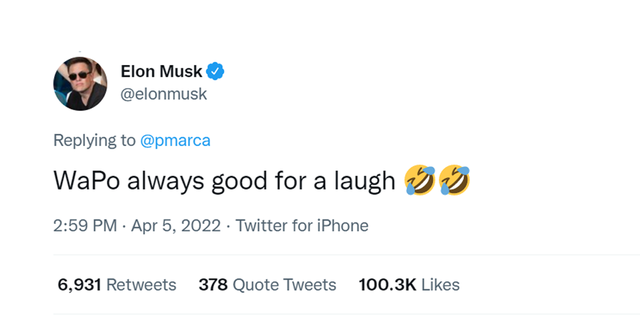