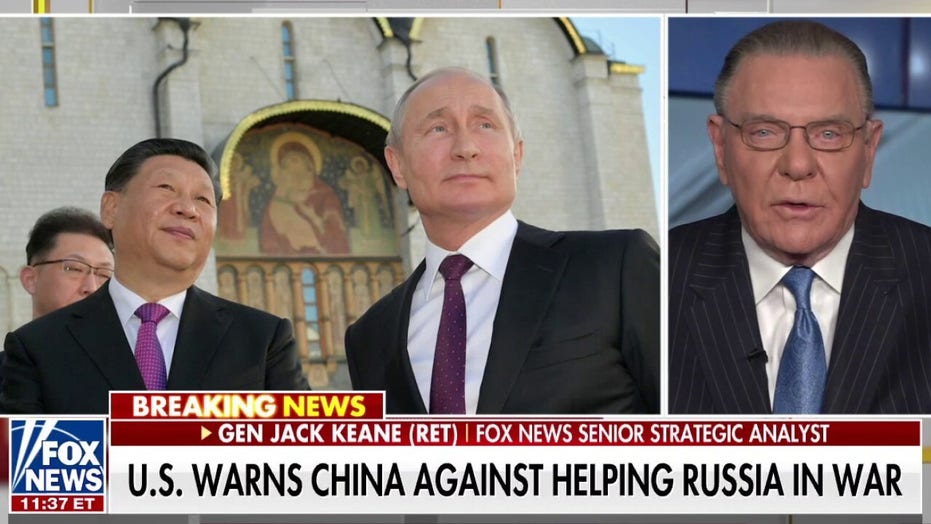 In the wake of Russia’s invasion of Ukraine, Vladimir Putin deserves the world’s unmitigated scorn, but not the United States’ undivided attention. For while Russia today may be an enemy of the West, it is not really a rival. For that, we must look to China.

Putin’s fantasy of resurrecting a greater Russian empire is just that, a fantasy. In reality, Russia is a stale husk of its former self. In the chess game of grand strategy, Putin’s invasion of Ukraine is not a rook attacking a pawn – it’s a petulant child overturning the board.

Yes, the United States must assist Ukraine and our NATO allies to answer Putin’s aggression. And President Biden should do everything in his power to strangle Russia’s energy industry and unleash our own. But talk of this war drawing the United States into a new global conflict misses the point: We’re already in one and have been for years.

It’s one that China started a long time ago. And that conflict is not one the United States should worry about being “drawn into,” but one we will either join or lose. 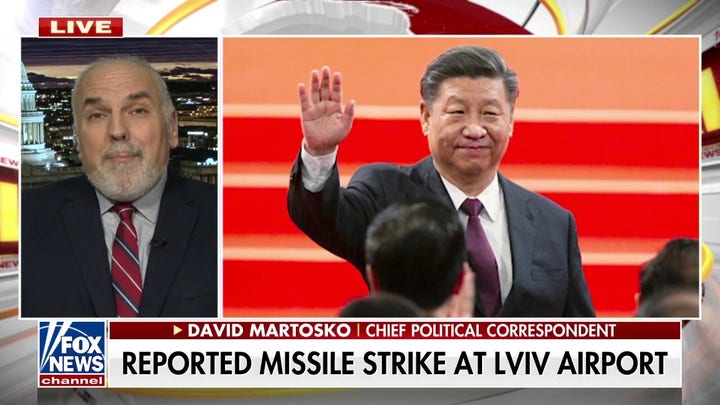 China today is a more dangerous adversary than the Soviet Union at its height. The Chinese Communist Party enjoys strategic advantages Moscow never did, with greater capacity to project power around the world.

Five decades of diplomatic engagement with China, and three of open trade, should leave us with no illusions about the CCP’s ambitions or its ruthless pursuit of them. Like the Soviet Union, the CCP does not care about gauzy abstractions like “the international community” or even their own people, as clearly demonstrated by their social credit system and their treatment of religious minorities.

As my colleague Dean Cheng wrote, “Xi made clear that the PRC won’t tolerate being lectured, nor will it evolve in directions set by others. China has its own ‘core interests,’ which it will not make concessions on — an important point when considering developments ranging from the South China Sea to human rights to cyberspace and outer space to expectations of a more liberal CCP.”

Even more important than what we do to Russia or in Ukraine is what China sees us do.

China is in this fight. The United States still isn’t. And President Biden’s waffling weakness on Ukraine is only further emboldening them. Consider how China has undercut the economic sanctions against the Russian economy through new oil and gas deals. It is past time for the United States to take CCP at its word and treat it like the dangerous strategic rival it is.

Congress and the president can start by finally clarifying our relationship as that of genuine adversaries, not friendly competitors. 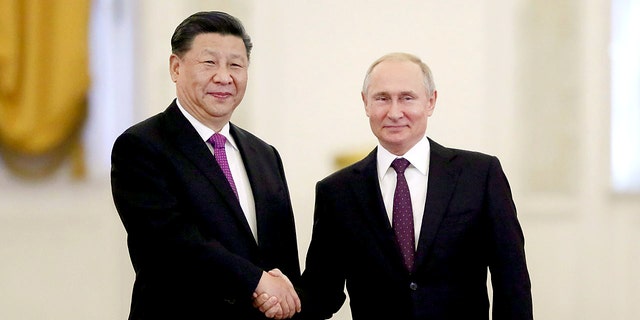 All members of the CCP and other Chinese nationals should be barred from national-security-related research funded by federal contracts and grants, as well as from owning land near U.S. national security facilities. Americans should likewise be barred from investing in any firms connected to China’s military or surveillance state.

We should resurrect the China Initiative, the Department of Justice’s highly effective project targeting Chinese espionage that President Biden has just ended. We need to hold the CCP’s leaders and lackeys accountable for their atrocities, from whatever happened at the Wuhan Institute of Virology in 2019 to the ethnic cleansing of China’s Uighur minority. 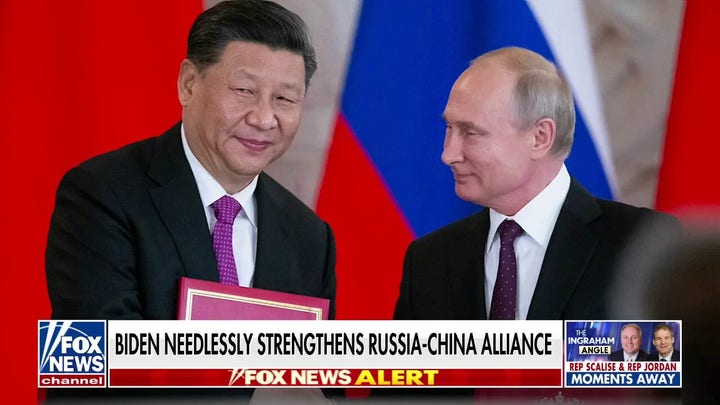 Diplomatically, we need to stop negotiating meaningless climate treaties and nuclear arms control agreements that bind us and our allies, but let China continue to produce carbon and warheads to their hearts’ content. We also must start building a permanent, China-resistant economy via strategic economic disentanglement. That means working with allies to establish strategic stockpiles of critical electronics and the raw, rare-earth minerals they require, new production and manufacturing capacity – especially in critical industries like energy and pharmaceuticals – with the unequivocal goal of cutting China out of U.S. supply chains.

As we strategically withdraw from China, we should strategically embrace Taiwan – diplomatically, economically, and militarily, including selling them as many weapons as they want to buy. This approach is neither an escalation nor a provocation. It’s a realization of both about how we see China and how China sees the world. America has no interest in starting another Cold War, but we have every interest in winning the one Beijing launched against us years ago. 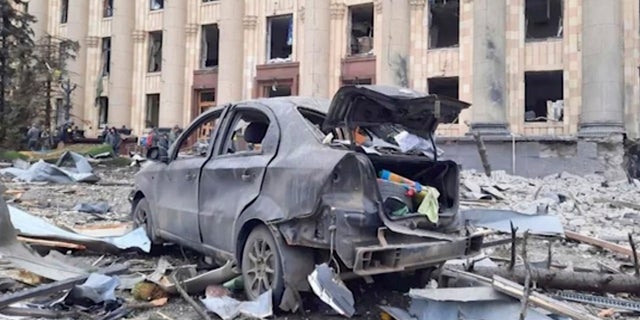 Russian shelling pounded civilian targets in Ukraine’s second-largest city, Kharkiv, Tuesday and a 40-mile convoy of tanks and other vehicles threatened the capital — tactics Ukraine’s embattled president said were designed to force him into concessions in Europe’s largest ground war in generations.
(State service of special communication and information protection of Ukraine via AP)

And it is in the context of this new Cold War that we should see all our strategic challenges, including Putin’s war against Ukraine. Even more important than what we do to Russia or in Ukraine is what China sees us do, and whether they look at the United States as a formidable adversary or a declining and irresolute superpower.

For us, whether we like it or not, the most important theater in Putin’s war in Ukraine is neither Kyiv nor Moscow, but Beijing. If Biden doesn’t have the grit and determination to deal with the CCP, then he’ll never be able to deal with Putin.