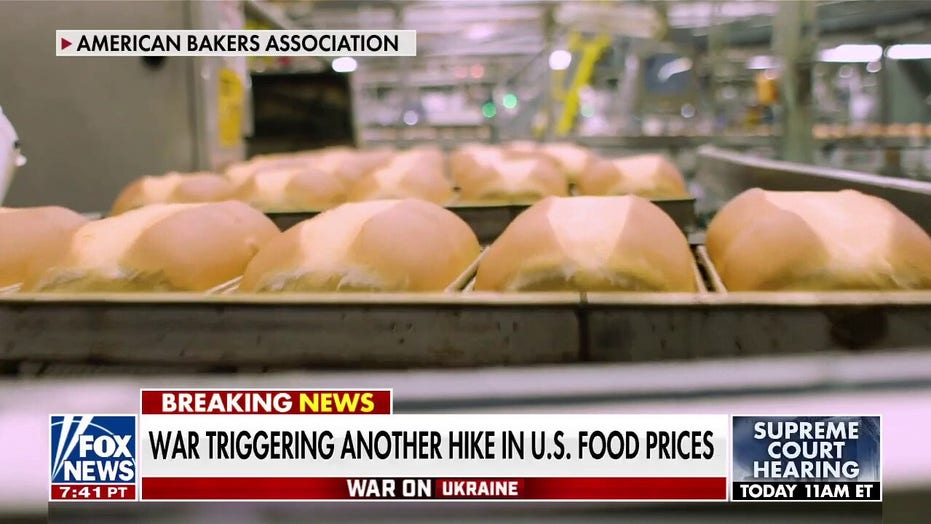 President Biden said Thursday that a food shortage is “gonna be real” following the sanctions that were placed on Russia by the U.S. government as a result of Russian President Vladimir Putin’s invasion into Ukraine.

“With regard to food shortage, yes we did talk about food shortages, and it’s gonna be real,” Biden said during a press conference at a NATO summit in Brussels, Belgium, following a meeting with other world leaders.

“The price of the sanctions is not just imposed upon Russia,” he added. “It’s imposed upon an awful lot of countries as well, including European countries and our country as well.”

Biden said “Russia and Ukraine have been the breadbasket of Europe in terms of wheat” and insisted that he and other leaders had a “long discussion in the G7” about the need to “increase and disseminate” food production. 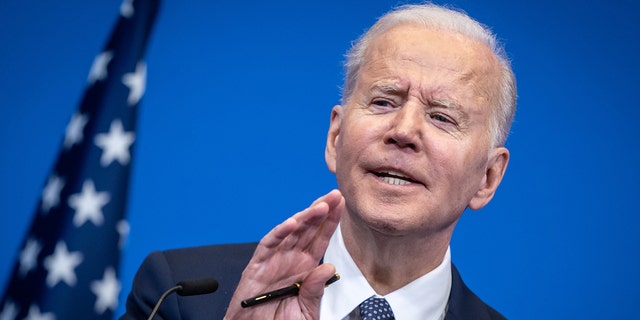 “In addition to that, we talked about urging all the European countries, and everyone else, to end trade … limitations on sending food abroad,” Biden said. “And, so, we are in the process of working out with our European friends what it would take to help alleviate the concerns relative to the food shortages.”

Biden’s warning of a “real” food shortage and the impact it will have on America and European countries following the implementation of sanctions on the Russian economy comes after White House press secretary Jen Psaki said this week that Americans are unlikely to face a food shortage.

“While we’re not expecting a food shortage here at home, we do anticipate that higher energy, fertilizer, wheat, and corn prices could impact the price of growing and purchasing critical fuel supply, food supplies for countries around the world,” Psaki said.  “And early estimates from the World Bank suggest disproportionate impacts on low and middle-income countries including in Africa, the Middle East, and Southeast Asia.” 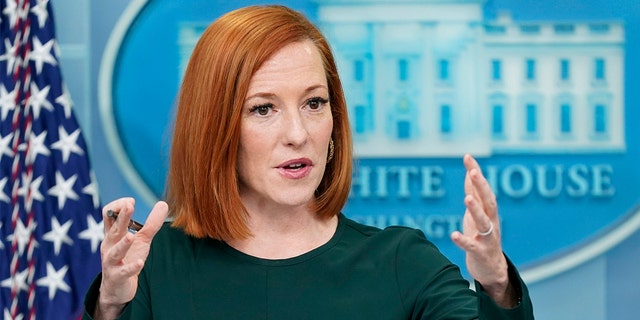 At the time, Psaki said the administration was working “with our partners in the G7, multilateral development banks, the World Food Programme, and the U.N. Food and Agriculture Organization to mitigate” food shortage impacts lower-income countries.

A Twitter account managed by the Republican National Committee highlighted previous dismissal from Biden over potential food shortages in America due to the COVID-19 pandemic.

In May 2020, while taking aim at then-President Donald Trump during a virtual town hall, Biden claimed America did not have a food shortage problem.

“We don’t have a food shortage problem — we have a leadership problem,” then-candidate Biden said.

“We have plenty of food,” Biden added at the time. “It’s being plowed under. You’ve got– you’re euthanizing cattle and pigs. They’re out there making sure that they’re pouring thousands of gallons of milk into the ground. It’s not a food shortage. It’s a lack of leadership– a lack of leadership.”

As war continues to ravage Ukraine, Americans, particularly those who live paycheck to paycheck, are beginning to feel the financial squeeze on their food prices from the conflict half a world away.

It began with a rapid rise in gas prices. Now, with Russian oil banned in the United States and energy scarcity heightened globally, experts say shoppers can expect their grocery bills to rise in coming months – especially if Ukraine misses its wheat planting season. 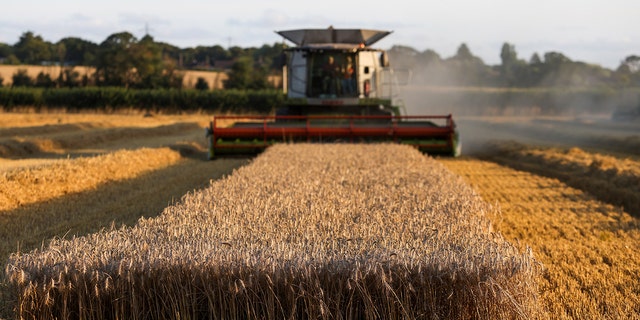 A Lexion combine harvester cuts through a field of wheat during a harvest in Benfleet, U.K., on Tuesday, Aug. 24, 2021.
(Chris Ratcliffe/Bloomberg via Getty Images)

“It comes an absolutely horrible time for American consumers because we’re looking every day at inflation almost reaching 10%,” Dan Varroney, a supply chain expert and founder of Potomac Core, told FOX Business. “Last month’s figures were close to 8%. And that means that consumers, including those that are living paycheck to paycheck, are going to pay more for food.”

Russia and Ukraine produce 25% of the global wheat supply, according to the Observatory for Economic Complexity. While neither of these countries export wheat to the U.S. directly, their absence from the global market is expected to strain supply and push prices higher.