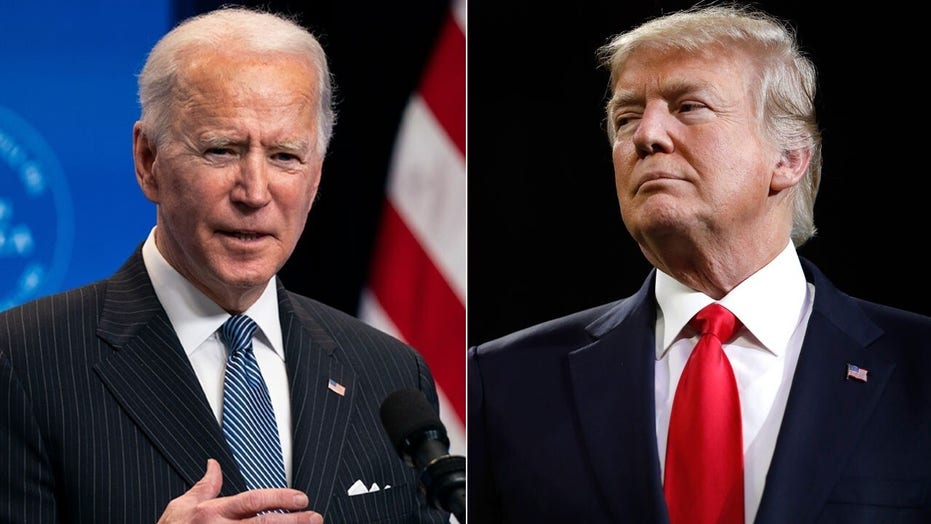 The next race for the White House remains far down the road. It doesn’t officially begin until the conclusion of the 2022 midterm elections, which are still more than a year and a quarter away.

But with President Biden and former President Trump taking a few jabs at each other while they were both headlining campaign style events this weekend, Americans were witness to a what could be considered a little taste of a potential 2024 presidential election rematch.

Biden, back on the campaign trial for the first time since succeeding Trump in the White House in January, did something on Friday night he rarely does – he mentioned his predecessor.

“I ran against Donald Trump, and so is Terry,” Biden said at a rally for former Democratic Gov. Terry McAuliffe of Virginia, who’s running this year to return to office.

“I whipped Donald Trump in Virginia, and so will Terry,” noted Biden, who topped Trump by 10 points in the state last November. 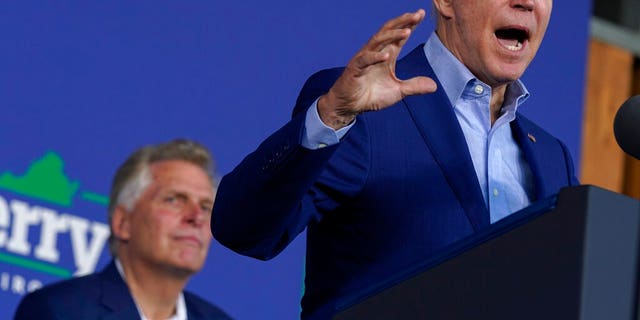 And Biden tied McAuliffe’s opponent this November, Republican nominee Glenn Youngkin, to the former president, arguing that Youngkin was “an acolyte for Donald Trump — for real.”

A night later, Trump once again took aim at Biden.

“Joe Biden and the radical Democrats are wrecking our nation,” the former president charged at a rally in Phoenix, Arizona, on Saturday. “I don’t even believe it’s him. I don’t think Joe knows where the hell he is.”

“Our country is being destroyed by people who have no right to destroy it. People that won an election illegally, people that should not have been elected. They lost in a landslide,” Trump once again claimed, repeating unsubstantiated claims he’s made since losing the 2020 presidential election.

The former president has repeatedly flirted with making another run for the White House in 2024, as he continues to play a kingmaker’s role in Republican Party politics and remains extremely popular with GOP base voters. 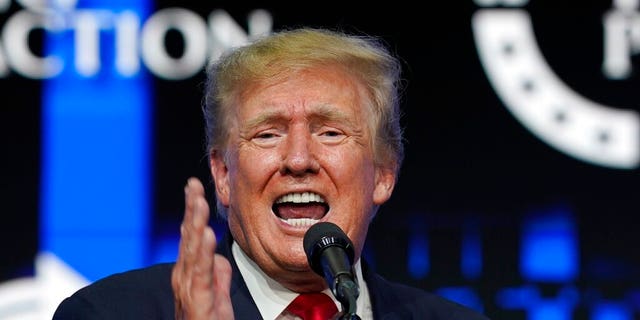 There’s been intense speculation – dating back to the launch of his 2020 White House bid over two years ago – whether the now-78-year-old Biden would run for a second term. The former vice president made history last November when he became the oldest person ever elected president.

Asked in March at the first formal news conference of his young presidency about his 2024 plans, Biden said, “My answer is yes. I plan on running for reelection. That’s my expectation.”

If he campaigns for reelection in 2024 and wins, Biden would be 82 at his second inaugural and 86 at the end of his second term.

In 2016, Trump easily bested the competition in New Hampshire’s first-in-the-nation presidential primary, launching him towards the Republican nomination and eventually the White House.

A new University of New Hampshire Granite State poll suggests that if the 2024 presidential primary were held right now, the former president would once again crush his GOP rivals in the Granite State.

Trump grabbed the support of 47% of likely New Hampshire Republican voters in a hypothetical presidential primary, with Florida Gov. Ron DeSantis a distant second at 19%, in a survey conducted July 15-19 and released on Wednesday.

Former South Carolina Gov. Nikki Haley, who served as U.S. ambassador to the United Nations during the Trump administration, landed 6% support, with former Vice President Mike Pence at 5%. Everyone else came in at 2% or less in the survey.

While Trump’s 47% support stands far above the rest of the field, it’s nearly 20 points lower than the 66% of New Hampshire Republicans who said in a separate question that they’d like to see the former president make another White House bid in 2024.

Sen. Ted Cruz of Texas was the runner up to Trump in the 2016 battle for the Republican presidential nomination. And pundits consider the two-term conservative senator a likely 2024 contender.

But to date, Cruz has yet to headline an event this year in Iowa, New Hampshire, South Carolina or Nevada, the first four states to vote in the Republican presidential nomination calendar.

That will change next month, when Cruz speaks at an August 28th fundraiser at the Linn County, Iowa, fairgrounds for GOP Rep. Ashley Hinson, a first term congresswoman and rising start in the party who narrowly won election last November and could potentially face a challenging reelection next year.

“We have to win back the majority and the road to firing Nancy Pelosi runs right through Iowa’s First Congressional District,” Cruz said in a statement about Hinson’s event. “Ashley has my full support and I can’t wait to be with all of Team Hinson in Iowa.”

Looking ahead to a potential 2024 White House run, Cruz told Newsmax last month that “I’m certainly looking at it” and shared that “2016 was the most fun I’ve ever had in my life.”