President Biden is highlighting that Americans have more money in their pockets than they did a year ago.

But a new FOX Business poll indicates that voters' concerns about inflation are surging, and many are blaming the president’s policies for making matters worse.

Showcasing that "Americans are back at work at a record-setting pace," Biden said in a statement on Thursday that "families have more money in their pockets: Americans on average have about $100 more in their pockets each month than they did last year, after accounting for inflation."

The president’s comments came as he touted new government statistics showing that the average number of Americans filing unemployment claims over the past four weeks is now at its lowest level since 1969.

"When I took office, over 18 million were receiving unemployment benefits, today only 2 million are. We’ve added nearly six million jobs this year – the most of any first-year president in history," Biden wrote. "That’s good news for the millions of families who are back to work and will have a happier holiday season this year." 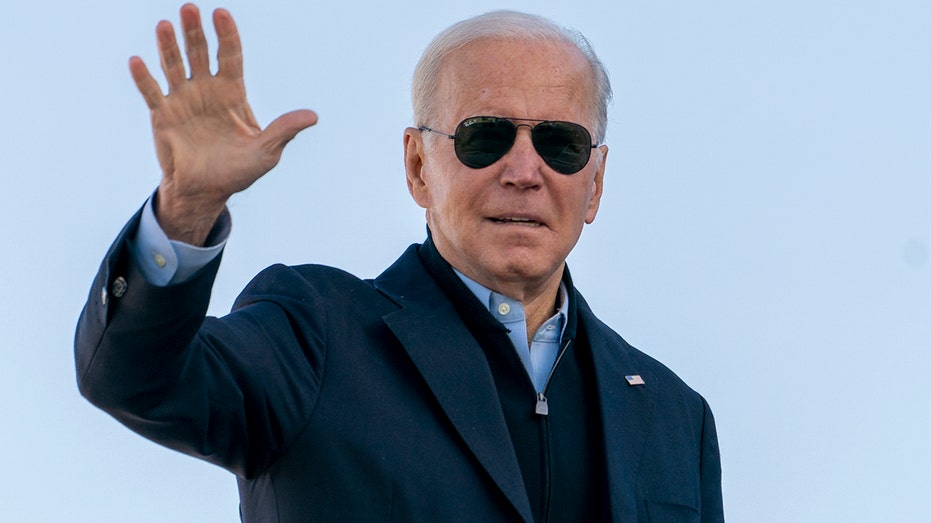 But the report also noted that weekly jobless claims ticked higher by 206,000 from the previous week's revised tally of 188,000, rising above the pandemic low as the economic recovery remains uneven.

The president gave credit "to the American Rescue Plan" – the stimulus package passed by congressional Democrats earlier this year and signed into law by Biden – as well as "our successful vaccination program."

But two-thirds questioned in a FOX Business poll released on Wednesday said that inflation's caused them financial hardship over the past six months, and surging consumer prices ranks as the top economic concern in the survey, which was conducted Dec. 11-14. More than eight in 10 said they’re extremely or very worried about inflation and higher prices.

And Americans are placing some of the blame with Biden.

Nearly half of those questioned – 47% – said the president’s actions are hurting when it comes to getting inflation under control, while 22% said his policies are helpful in combating the highest levels of inflation in three decades.

Just 17% said they’ve been helped by Biden’s economic policies, with 38% saying they’ve hurt and over four in 10 saying the president’s policies have made no difference.

The president the past two months has taken concrete actions to combat inflation and alleviate the severe supply chain issues in the U.S. and across the global – sparked by the coronavirus pandemic – that have contributed to the rise in consumer prices.

But Biden emphasized on Thursday that "we need to continue to take concrete actions to address elevated prices and to lower costs for American families." 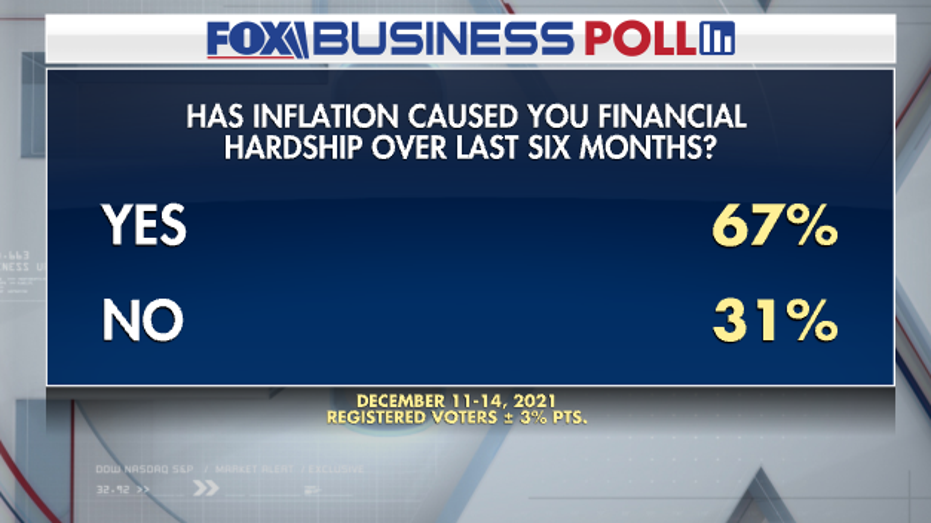 The FOX Business poll indicates the president isn’t getting much credit.

The president’s overall approval rating currently stands at 47%-51%. That’s an improvement from last month, when Biden stood at 44% approval and 54% disapproval in a Fox News national poll. 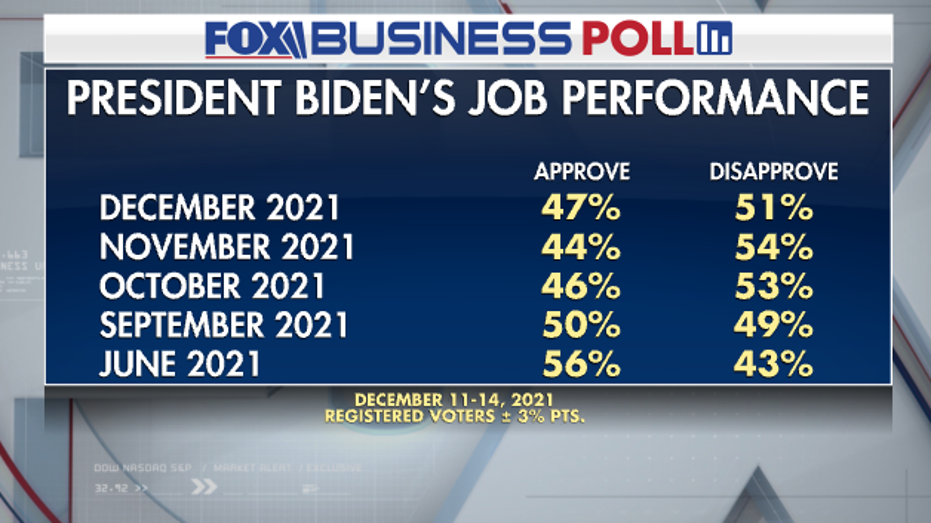 "Given where his ratings have been recently, I'm sure White House advisers would be pleased with an overall approval in the high 40s," GOP pollster Darren Shaw said.