President Biden is set to visit the Office of the Director of National Intelligence Tuesday afternoon amid the intelligence community’s ongoing investigation into the origins of COVID-19.

The intelligence community is “aggressively” investigating the origins of COVID-19, after the president in May revealed that the U.S. intelligence community had “coalesced around two likely scenarios” for the origins of COVID-19, “including whether it emerged from human contact with an infected animal or from a laboratory accident,” and asked for “additional follow-up.”

The president asked the intelligence community to “redouble their efforts to collect and analyze information that could bring us closer to a definitive conclusion, and to report back to me in 90 days,” Biden said.

It has been 62 days since Biden’s announcement.

Last week during an interview with NPR, CIA Director Bill Burns said the intel community at this point “cannot offer a definitive conclusion about whether this originated in a lab accident or whether it originated in a natural transmission from infected animals to human beings.”

“We are working very hard on this,” Burns said. “It’s not an academic problem. I mean, this affects not only the hundreds of thousands and millions of people around the world who have been affected by this, but it’s also absolutely essential as we think ahead, not just to the United States, but in other parts of the world – about how do you prevent another pandemic crisis of this magnitude.”

Burns said it is “extremely important to get to the bottom of this.”

“And the two realities are that the Chinese government has not been transparent, has not fully cooperated in the WHO’s investigation initially — and it’s more recently suggested it’s going to refuse to cooperate in a follow up as well,” Burns said. “And that is deeply unfortunate.” 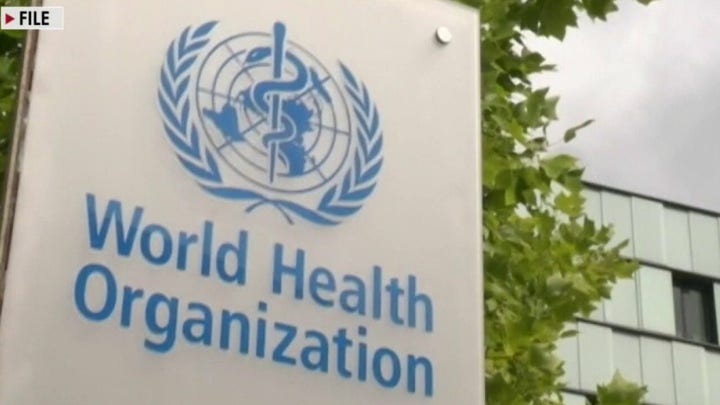 He added: “We will continue to do everything we can to collect on this, work with the rest of the intelligence community and provide the best answers we can on this.”

Burns, though, admitted it is “possible” that the intelligence community “may never be able to come to a definitive judgment” on the origins of COVID-19, but stressed that it is “not going to be for lack of hard work or effort on this issue to try to uncover as much as we can about what happened.”

Meanwhile, the president is set to address the intelligence community workforce and its leadership during his visit to thank them for their work in what the White House described as a “challenging time” for the community during the Trump administration.

“He’s someone who believes in the role of the intelligence community of civil servants,” White House press secretary Jen Psaki said Monday in previewing the president’s visit. “He believes they are the backbone of our government, and certainly he’ll make that clear.”

Psaki was asked whether Biden would have a different or contrasting message compared to his predecessor, former President Trump, who was skeptical of the intelligence community throughout his administration due to the investigation into whether his campaign colluded with the Russians to influence the 2016 presidential election, and the subsequent investigation into the origins of that probe and whether it began improperly.

Psaki on Monday replied, saying reporters can “make the inherent contrast” but said she did not believe that would be a “central part of his message” during Biden’s visit to ODNI.