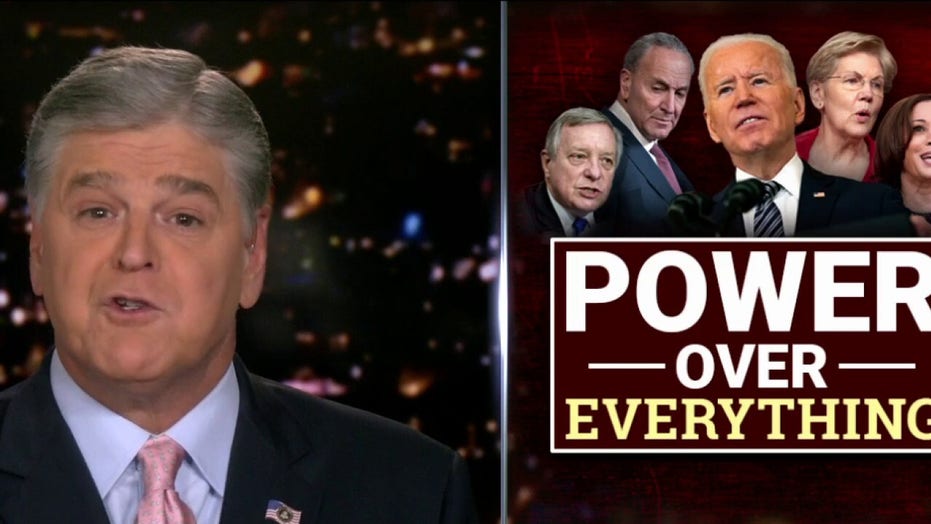 Hannity warns of Democrats’ ‘radical’ agenda to eliminate the filibuster

President Biden said in an interview Tuesday that he is in favor of overhauling the filibuster rules that could help Democrats use their majority in the Senate to steamroll some legislative initiatives without so much as looking at their Republican colleagues.

“I don’t think that you have to eliminate the filibuster,” Biden said. “You have to do what it used to be when I first got to the Senate, back in the old days. You had to stand up and command the floor, you had to keep talking … so you’ve got to work for the filibuster.”

Biden was interviewed by ABC News and made it clear that he wanted to reform the rules and bring back the “talking filibuster,” which has been supported by a number of Democrats.

“It’s getting to the point where, you know, democracy is having a hard time functioning,” Biden said.

Senate Minority Leader Mitch McConnell and other Republicans have been critics of the Democrat push that has been gaining momentum, but still lacks enough support to keep from becoming a reality. McConnell on Tuesday warned of a “scorched earth” landscape if Democrats end the filibuster.

“Let me say this very clearly for all 99 of my colleagues: Nobody serving in this chamber can even begin — can even begin to imagine — what a completely scorched earth Senate would look like,” McConnell said in a Senate speech.

McConnell said the partisan gridlock of the Trump and Obama eras would look like “child’s play” compared to what’s to come.

The Senate is evenly split 50-50, with the deciding vote going to Vice President Harris. In most legislation, there needs to be a 60-vote threshold to advance most legislation to President Biden’s desk. The filibuster can be invoked as long as there there are fewer than 60 senators willing to vote to end the debate on any particular bill.

The Washington Post pointed out that in past years senators trying to stall legislation would have to speak for hours, but currently, these senators just have to announce their desire to filibuster a bill.

Senate Majority Whip Dick Durbin, D-Ill., attacked the filibuster in a speech on the Senate floor on Monday and said he preferred to return to the “standing filibuster.”

“If a senator insists on blocking the will of the Senate, he [or she] should have to pay some minimal price of being present. No more phoning it in,” Durbin said. “If your principles are that important, stand up for them, speak your mind, hold the floor, and show your resolve.”

McConnell on Tuesday quoted Durbin from a 2018 interview with ABC, in which he said the filibuster is essential to the Senate.

“I can tell you that would be the end of the Senate as it was originally devised and created going back to our Founding Fathers,” Durbin said of getting rid of the filibuster. “We have to acknowledge our respect for the minority, and that is what the Senate tries to do in its composition and in its procedure.”