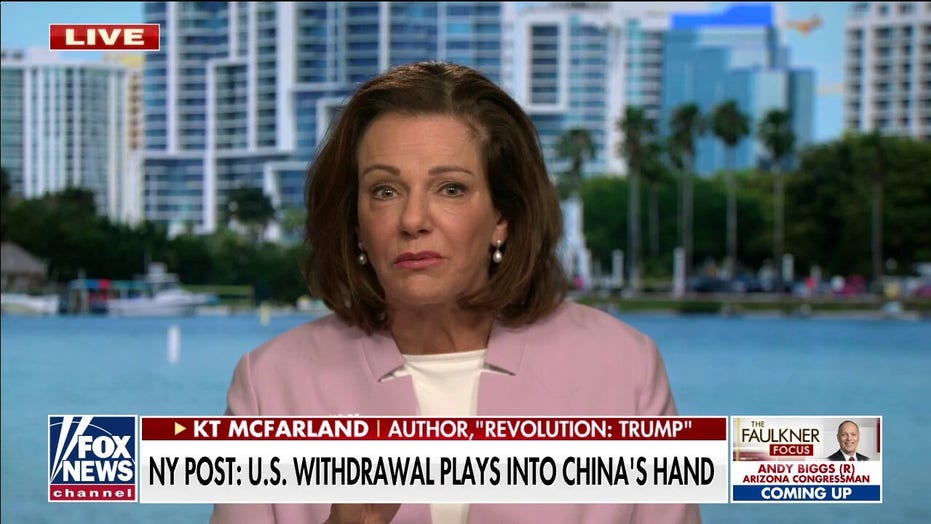 A senior Biden administration State Department official quickly deleted a tweet she posted warning that Afghan women “stand to lose everything” as the Taliban surges toward Kabul.

Deputy Assistant Secretary for European and Eurasian Affairs Molly Montgomery posted a tweet early Friday morning as the Taliban continues to gain territory and power amid the U.S. withdrawal from Afghanistan.

“Woke up with a heavy heart, thinking about all the Afghan women and girls I worked with during my time in Kabul,” Montgomery wrote. “They were the beneficiaries of many of the gains we made, and now they stand to lose everything.”

“We empowered them to lead, and now we are powerless to protect them,” the senior state department official wrote.

Taliban insurgents in Afghanistan on Friday seized Kandahar and Herat, the country’s second- and third-largest cities, hours after Fox News confirmed that the U.S. military will help evacuate Americans from the embassy in Kabul.

The insurgents have taken more than a dozen provincial capitals in recent days and now control more than two-thirds of the country just weeks before the U.S. plans to withdraw its last troops.

Thousands of Afghans have fled their homes amid fears the Taliban will again impose a brutal, repressive government, all but eliminating women’s rights and conducting public executions.