Decades before President Biden asked senators on Tuesday if they were “on the side of Abraham Lincoln or Jefferson Davis?” he voted to restore the U.S. citizenship of the president of the Confederacy, according to a report.

Biden used the reference during a fiery speech in Atlanta, encouraging Democrats to go around the filibuster to pass federal voting rights legislation, which he said would be a “turning point in this nation’s history.”

Republicans say voting laws should be left up to the states.

But in 1977, Biden was part of the Senate Judiciary Committee when it unanimously voted to have Davis’ citizenship restored, according to the Washington Examiner.

The bill was later signed into law by then-President Jimmy Carter, a Democrat.

President Joe Biden speaks in support of changing the Senate filibuster rules to ensure the right to vote is defended, at Atlanta University Center Consortium, on the grounds of Morehouse College and Clark Atlanta University, Tuesday, Jan. 11, 2022, in Atlanta. (Associated Press)

In 1876, Congress refused to reinstate Davis’ citizenship after the Civil War. He had been charged with treason after the South lost.

The 1977 legislation wasn’t controversial at the time, the Examiner reported, showing how Americans’ opinions of Confederate leaders have changed over the years. 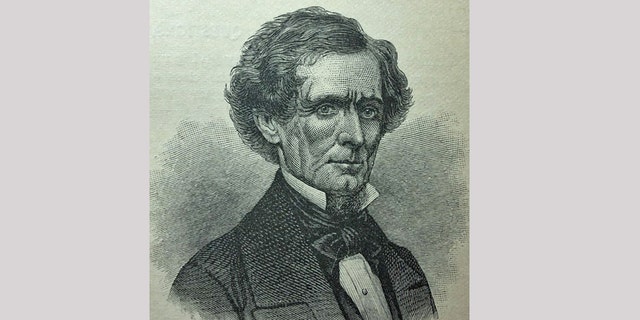 Jefferson Davis, president of the Confederate States of America from 1861 to 1865 when the South lost the war. Davis was charged with treason and his American citizenship wasn’t restored until 1977.
(iStock)

The bill said Davis “had served the United States long and honorably as a soldier” before joining the Confederacy and the bill sought to “clear away the guilts and enmities and recriminations of the past, to finally set at rest the divisions that threatened to destroy our Nation.”

Biden made other comparisons between historical figures during Tuesday’s speech at the Atlanta University Center Consortium, on the campus of Clark Atlanta University and Morehouse College, including “Dr. King or George Wallace?” and “John Lewis or Bull Connor?”