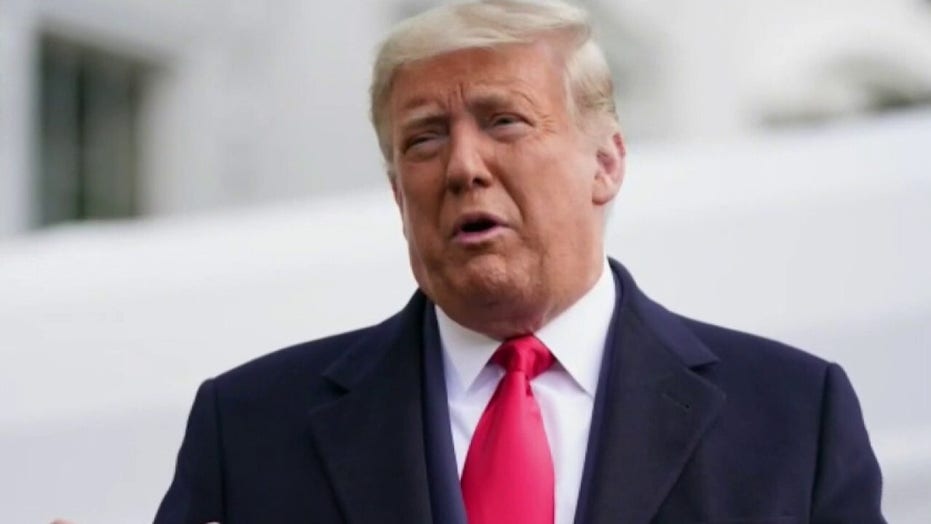 The Democratic rush to impeach Trump

President Biden sidestepped questions about former President Donald Trump’s impeachment trial, which is set to begin Tuesday, saying it is up to the Senate to “work that out.”

Biden, returning to the White House Monday morning from a weekend in Wilmington, Del., with family, was asked by reporters whether Trump should lose his political rights.

“Oh, I don’t — look, he got an offer to come and testify, he decided not to,” Biden said. “Let the Senate work that out. Thank you.”

Trump’s trial stems from an impeachment vote in the House on Jan. 13, one week after a pro-Trump mob stormed the U.S. Capitol. Trump for months made false claims that he won the presidential election before gathering a massive crowd in Washington, D.C., on Jan. 6, the day Congress was set to certify the presidential election results. Trump said the rally would be “wild.”

The trial is set to begin Tuesday. It is unclear, at this point, how long it will last. 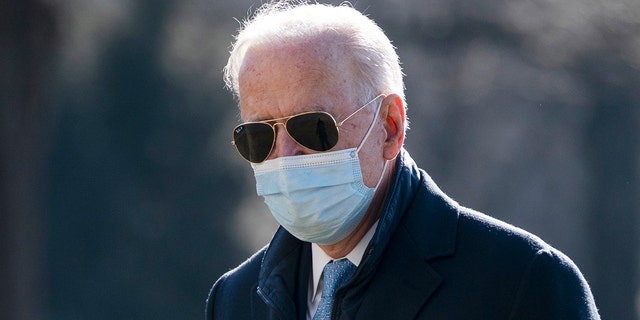 Miller, over the weekend, said Democrats “know that this has no chance of winning.”

“There’s no chance of the president actually being convicted here,” Miller said on Fox News Sunday. “This is designed to try to implement political pain, so to speak, over the course of a week, maybe a week and a half, and then they’re going to move on. They’re not even taking this seriously.”

“It’s a partisan farce,” Sen. Rand Paul, R-Ky., said of the impeachment effort on “Fox News Sunday.” Paul added that he does not believe it’s possible Trump will be convicted.

“Zero chance of conviction,” Paul said when asked if he thinks there’s a chance the Senate could meet the 67-vote threshold to convict Trump. “Forty-five Republicans have said it’s not even a legitimate proceeding so it’s really over before it starts. As far as witnesses, I think unlikely to be witnesses; if they do want witnesses, there’s going to be so much evidence that the president had nothing to do with this.”

Sen. Chris Murphy, D-Conn. — who is in favor of convicting Trump and made the case on “Fox News Sunday” that the Senate has a responsibility to hold a trial of the former president — even allowed that Paul makes a reasonable point that the trial is unconstitutional.

“I admit this is of course a matter of first impression and so I don’t think the case that Senator Paul is making is a ridiculous one,” he said.

Senate Majority Leader Chuck Schumer, D-N.Y., and Minority Leader Mitch McConnell, R-Ky., have yet to announce an agreement on how the hearings for the trial itself will work. The only thing that is currently known is that the affair will gavel-in at 1 p.m. on Tuesday and that Sen. Patrick Leahy, D-Vt., will oversee the proceedings.

What’s unknown is how long the trial will last, if there will be witnesses, how the trial will be structured as it’s happening, and if the Senate will split its time between tackling legislation and nominations and holding the trial, or if it will only take care of trial proceedings.

A potential agreement for a trial framework is being shopped around to senators to see if they could agree on it. The trial would start with four hours of debate on whether the trial is constitutional, then a vote on whether to proceed. There also could be debate and a vote on if impeachment managers can call witnesses, which would be subject to a simple majority threshold.

Also happening Monday, the House impeachment managers and Trump’s defense team will submit a second round of briefs to the Senate, as part of a pretrial deal struck between McConnell and Schumer. Those briefs should provide a further window into how each side will present its argument after they submitted a round of briefs last week.