Arizona Attorney General Mark Brnovich is asking President Biden to return from his trip to Europe and address the massive migrant surge on the southern border after May numbers from Border Patrol indicate the number of migrants coming to the U.S. is much higher than it’s been in years.

“[Y]our administration revealed Border Patrol Agents along our Southwest border encountered more than 180,000 migrants in May alone,” Brnovich said in a Thursday letter to the president. “Since the start of this fiscal year, nearly one million migrants have been apprehended, and we still have several months left.”

“Mr. President, the buck stops with you. You are the Commander in Chief and are responsible for the conditions at the border,” Brnovich added. “I believe solving this crisis starts by visiting the border and talking to the members of law enforcement and land owners on the ground. I hope that you will join me at the southern border in Arizona in the near future. I will make myself available at a date and time of your choosing.”

The letter from Brnovich comes as Biden is slated to remain in Europe until at least June 16, when he will meet with Russian President Vladimir Putin. In the meantime, Biden will also participate in summits with the United Kingdom, the G7, NATO and the European Union.

Vice President Harris, meanwhile, recently finished a trip to Central America where she sought to address the “root causes” of the migrant surge, including, she said, corruption and economic squalor in Central America.

In an interview with NBC News, Harris laughed at the idea of visiting the border, drawing harsh criticism from many on the right. Harris, who was tasked by the president with handing the border surge, later said that she will visit the border. 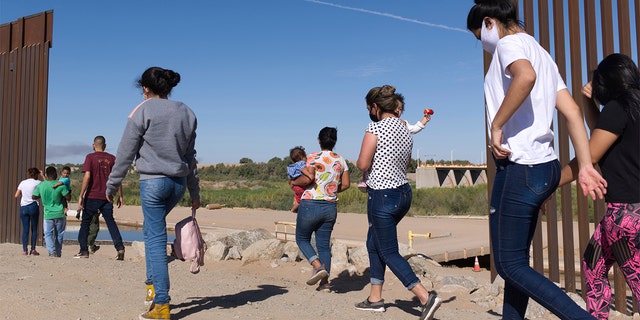 “Yes, I will and I have before,” Harris in response to a question about whether she would visit the border.